Endemic to Aotearoa New Zealand, kākāpō are one of the most endangered birds in the world, currently only surviving on the beautiful predator-free islands of Whenua Hou, Pukenui, and Hauturu-O-Toi. They may be flightless and nocturnal like our kiwi, but they are exceptionally unique. Thought to be one of the longest-lived bird species in the world – estimated to reach 90 years – they are also the world’s heaviest parrot, with males weighing up to 4.0kg.

This #WildWork Wednesday we are highlighting the work we are doing alongside our partners and friends at the Department of Conservation’s (DOC) Kākāpō Recovery Programme to save this iconic and precious species.

Kākāpō were abundant in numbers before humans arrived. Much like the decline of nearly every other New Zealand species – introduced predators, hunting and land clearing caused the species’ numbers to dwindle. Efforts to conserve this beautiful bird began in 1894, but by the mid-1900s, they were on the brink of extinction.

Working alongside DOC, Auckland Zoo is directly involved in the conservation of kākāpō, providing veterinary support, changing transmitters, and minding the nests. During a breeding season our veterinary staff go out to the islands for weeks at a time to ensure the new chicks get the best chance at life.

Dr. Richard Jakob-Hoff has dedicated his life to wildlife. With a thirst for knowledge, Richard’s career has spanned from zoo keeping, becoming a veterinarian, and is now Auckland Zoo’s Manager of Conservation Science and Research. 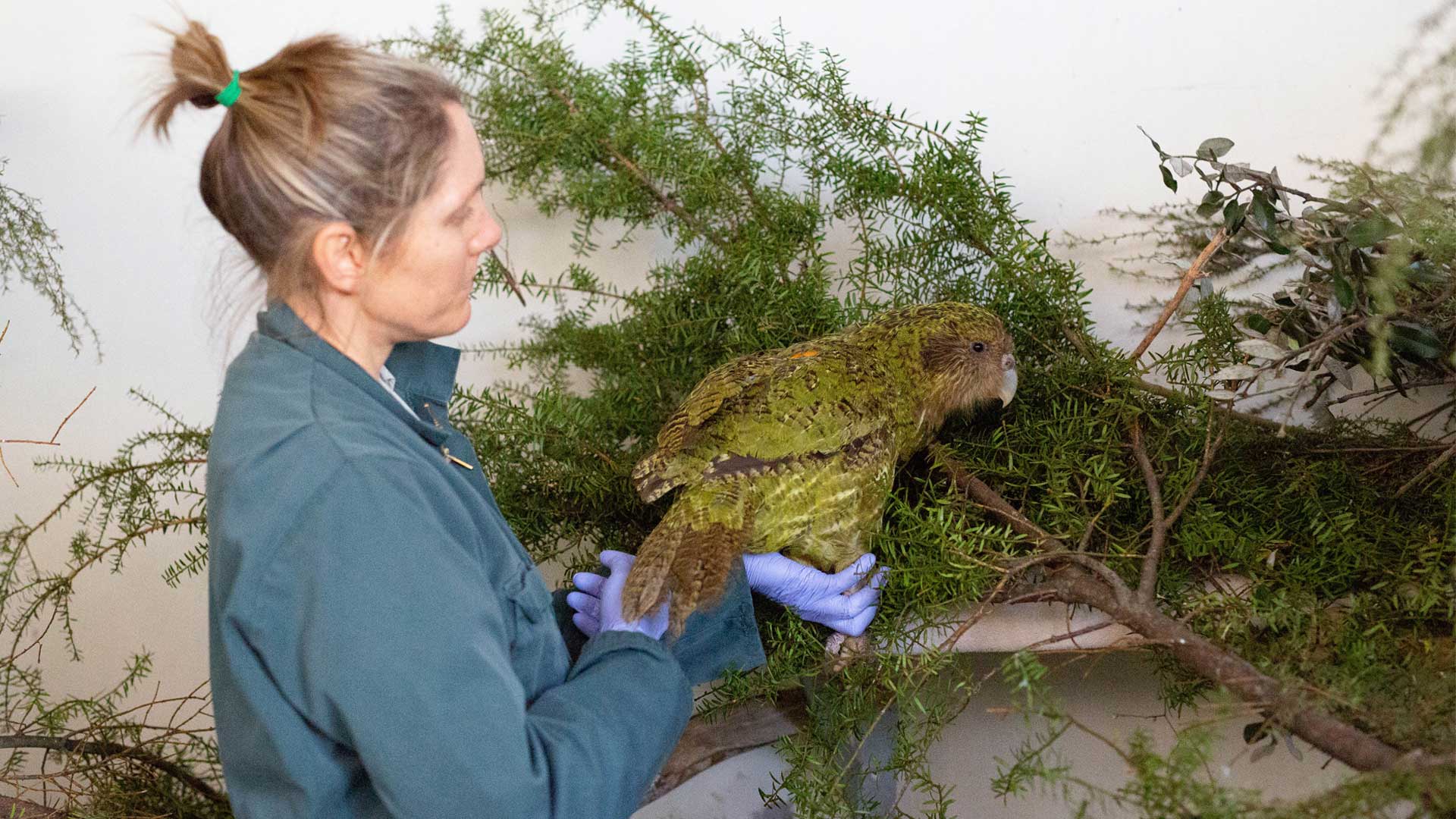 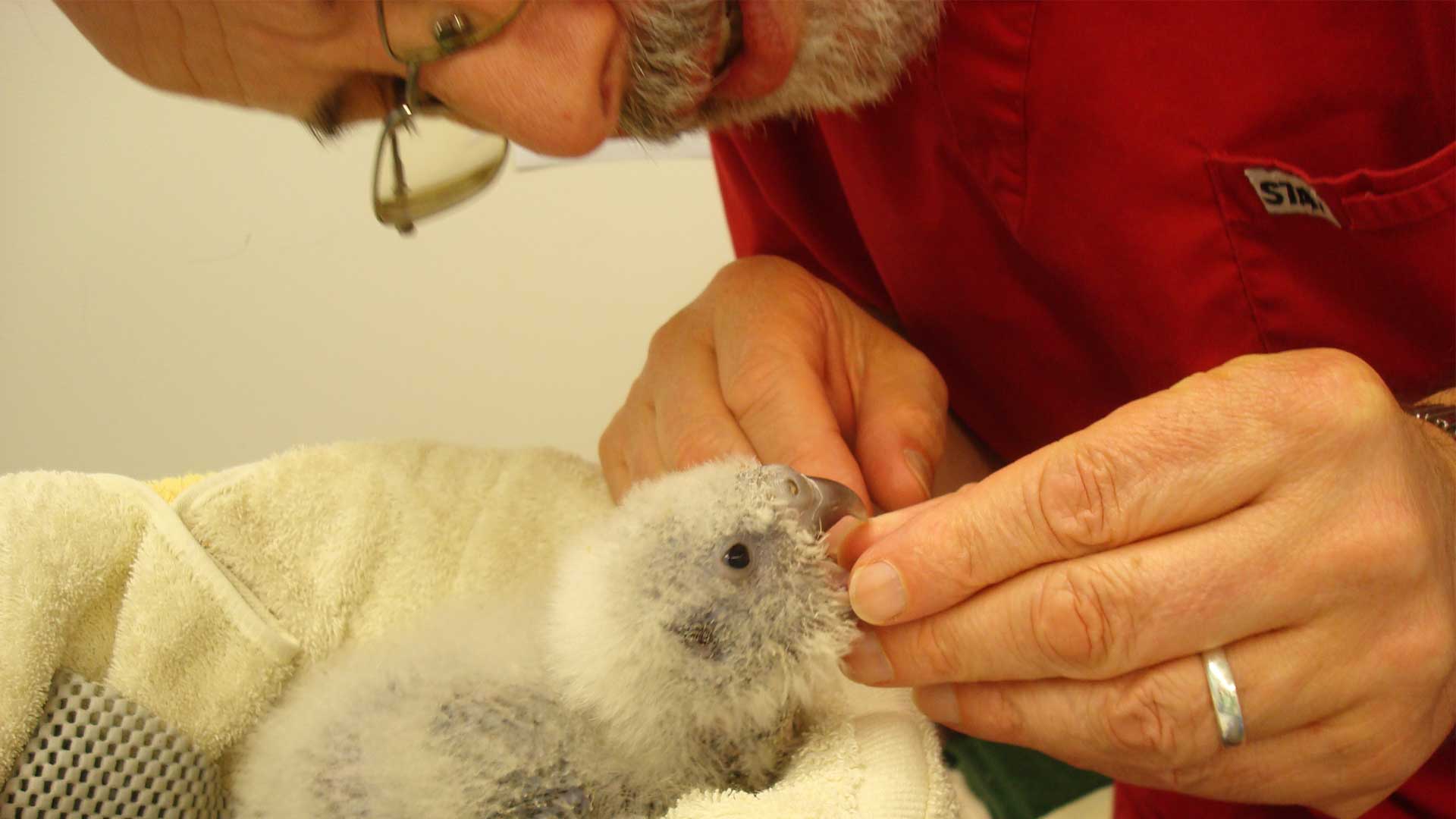 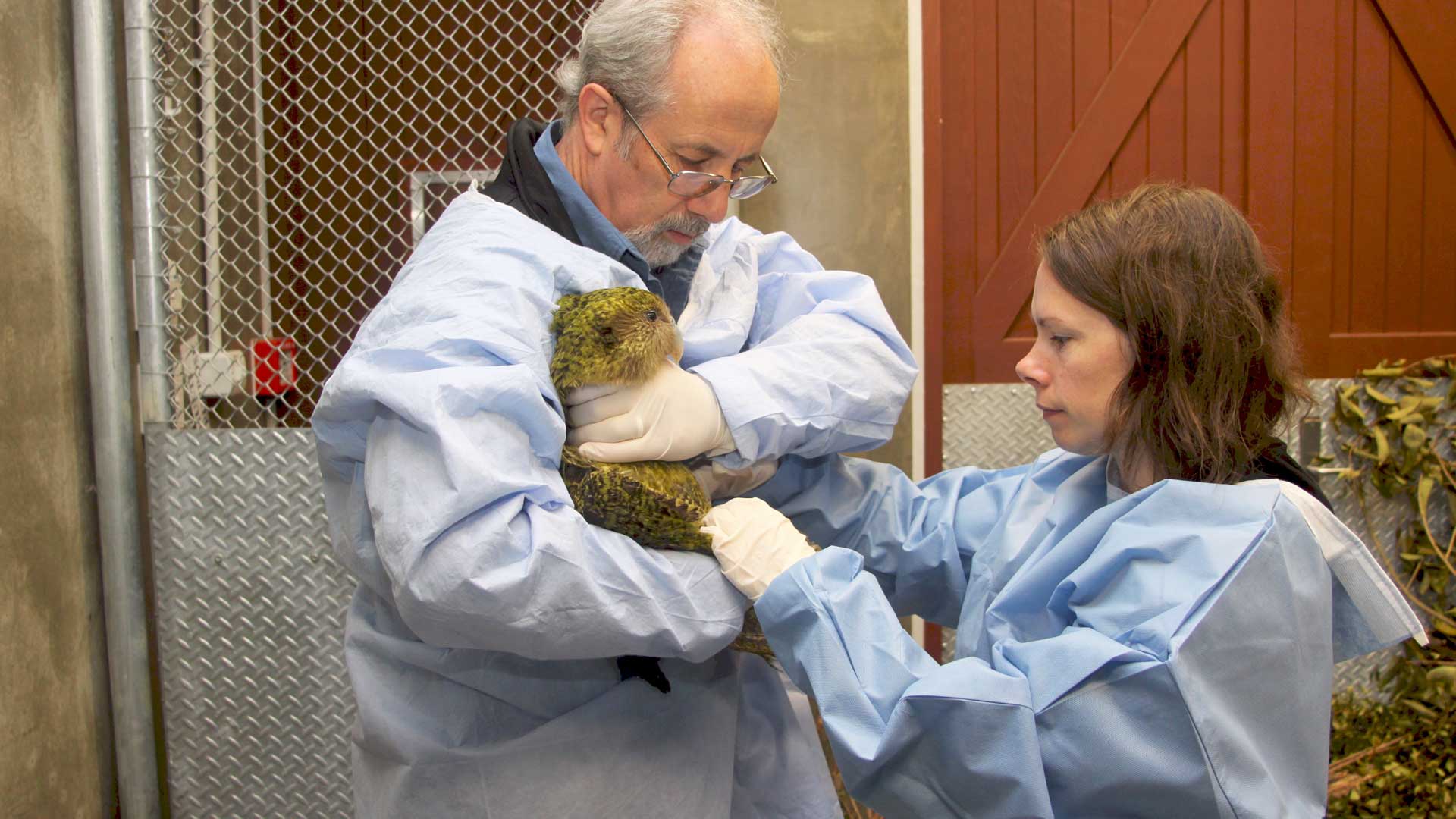 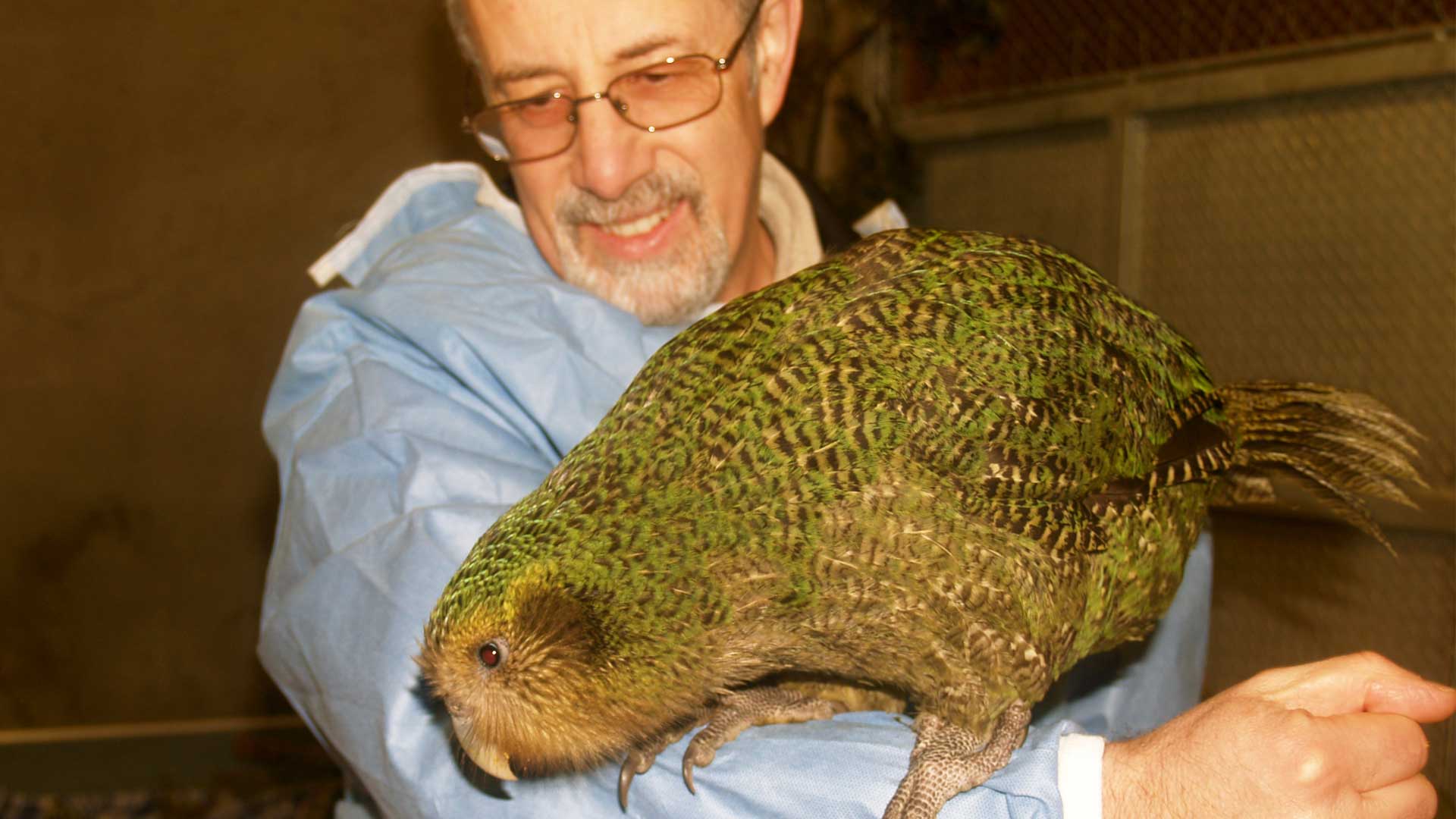 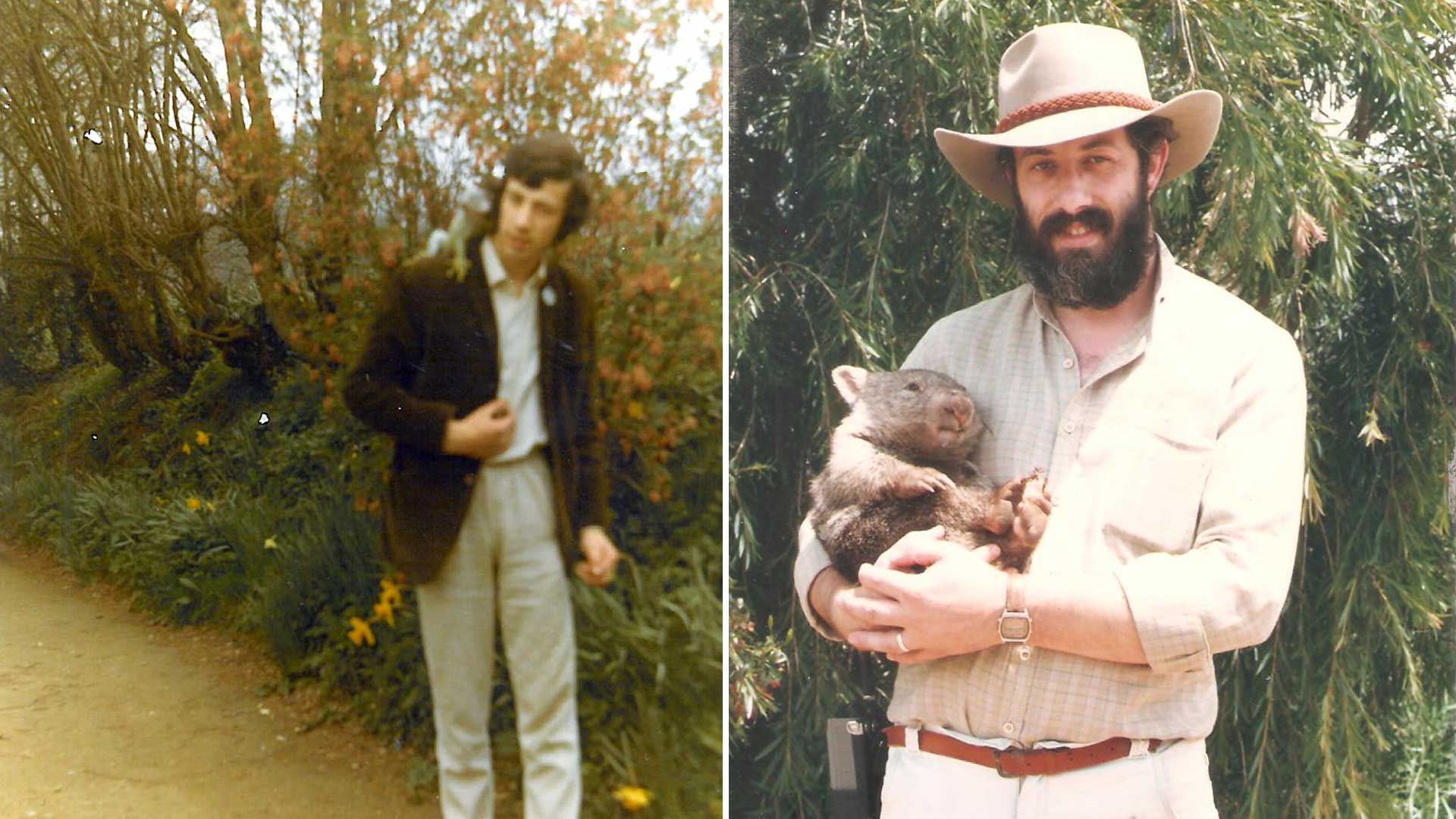 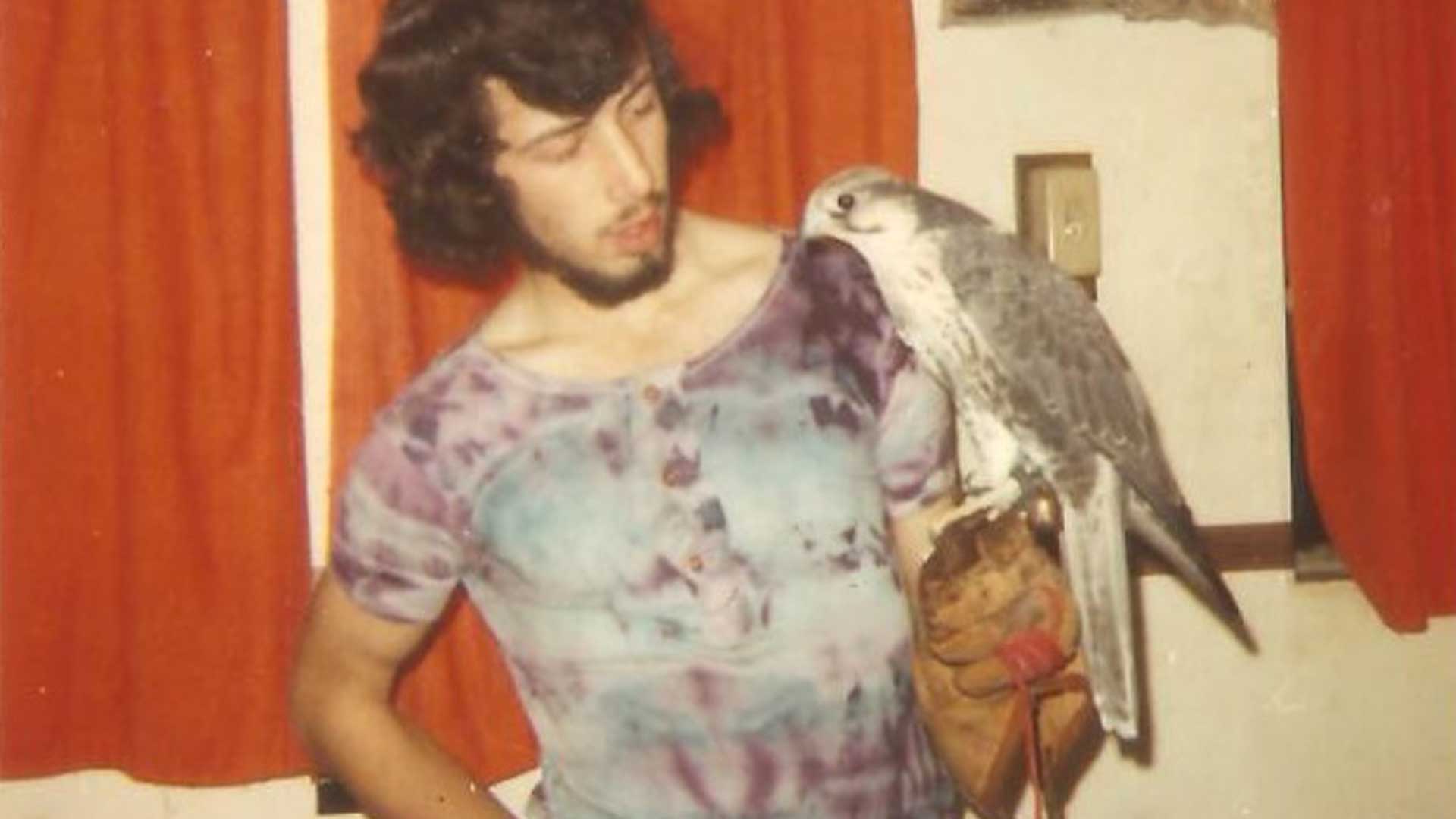 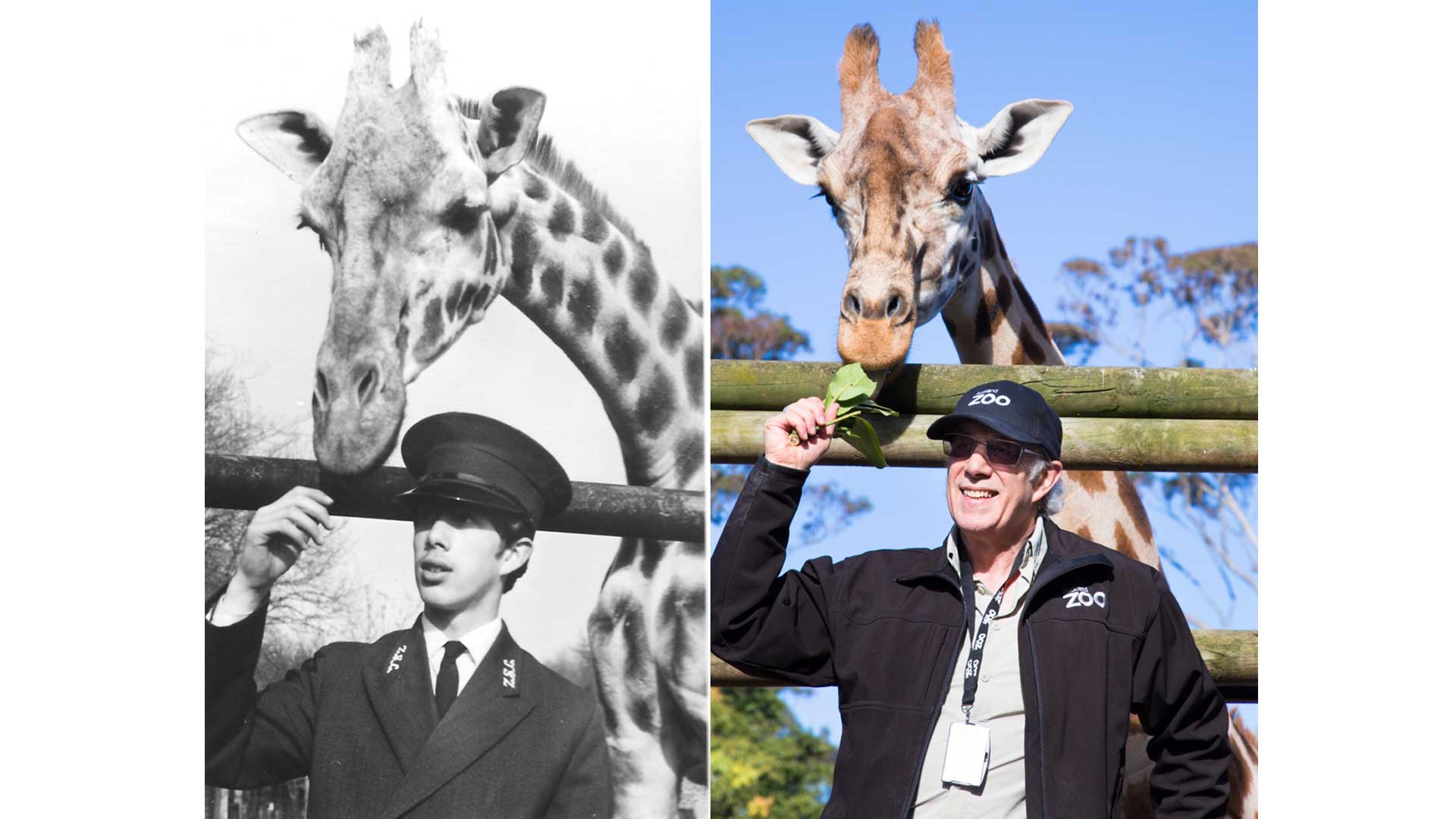 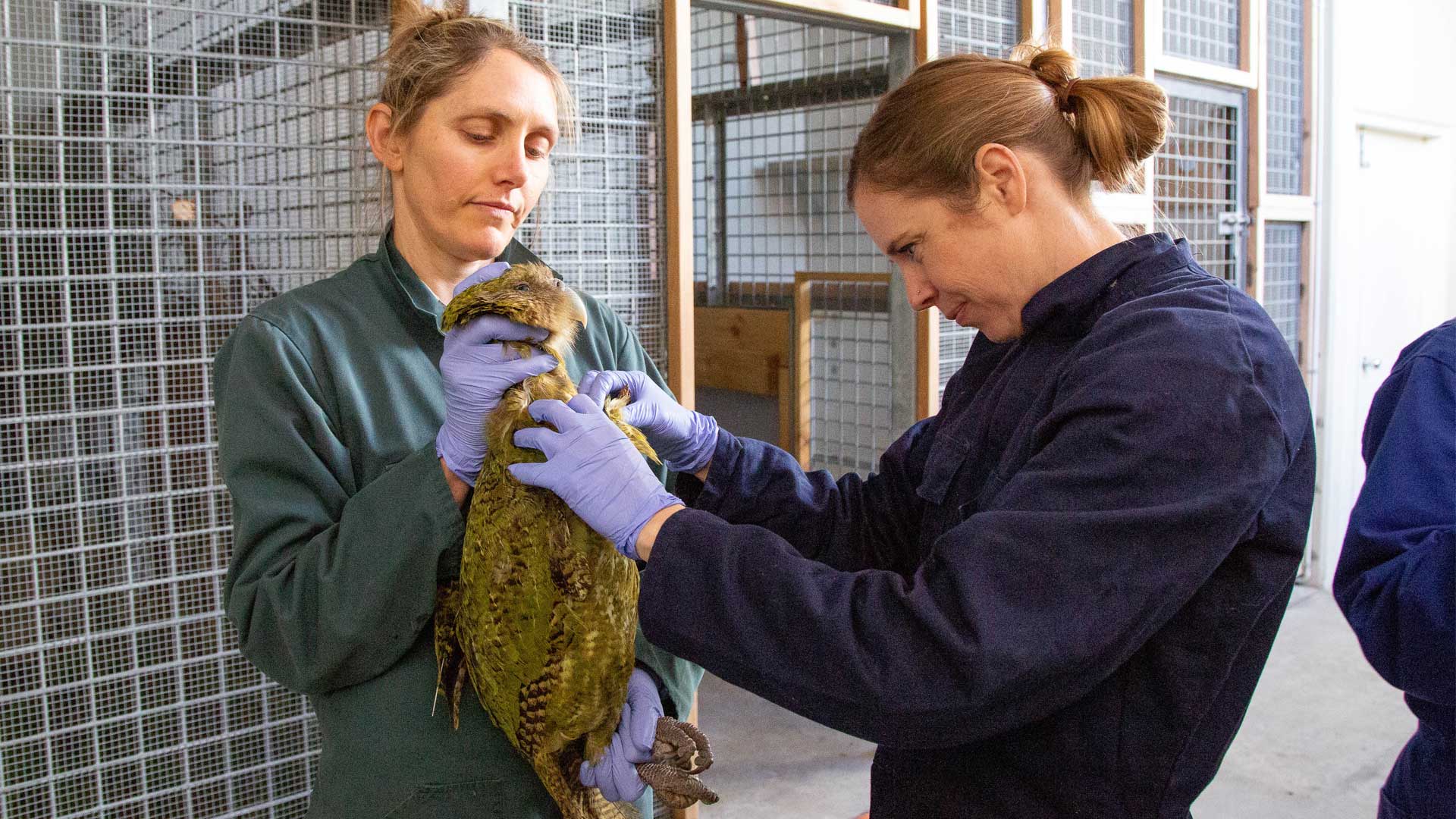 Richard explains that he became involved in wildlife research because “we know so much about domestic animals, but we know so little about wild animals, and I was absolutely thirsty for knowledge.”

Richard met his first kākāpō – Hoki – in 1990, when Auckland Zoo became the first place in the world to hatch a kākāpō in captivity. Before the young chick was sent to a predator-free island, Richard was involved in hand-rearing, and when they were reunited for a health check, the kākāpō remembered Richard and played with his shoelaces! When asked about his love for kākāpō, Richard puts his hand on his heart, and expresses how gorgeous, talented, curious, and sometimes mischievous they are.

“You can’t help but to love them,” Richard says.

Kākāpō have a condition commonly known as ‘crusty bum’ but clinically referred to as vent dermatitis and cloacitis. This is an infection that causes sores and scabs, and is very painful for the birds, sometimes so much that they stop eating - making it a potentially deadly disease. With only 148 left, every bird is of significant value, and finding out how and why this happens has become one of Richard’s obsessions. Crusty bum is potentially a huge issue because it could stop the birds from breeding, and with such a small population, this adds yet another threat to the survival of the species. Kākāpō excrete waste through one hole – the cloacal – and also use that same hole to lay eggs and mate - making it one very important bottom! Richard and the vet team’s research has taught us how to treat the infection, but the ‘why it happens to some birds and not others’ is still a mystery.

I feel a passion and strong responsibility to do whatever I can in my lifetime, to change the situation and reverse that decline, and learn how to live with wild animals and with nature instead of trying to dominate it. Contributing new knowledge through research is incredibly rewarding. You feel like a pioneer. I’m very, very lucky.

Some of the other challenges are that kākāpō have only a 50% fertility rate and not all chicks are able to hatch and become fully grown. They also don’t breed every year so these birds are fighting an uphill battle to increase their numbers.

“If we had a healthy, big population it would be like my life’s work has been worth it,” Richard sums up, and he is optimistic.

This incredibly important species has taken a hold on Richard, and touched the hearts of many all around the world and especially those who have been privileged enough to work with this unique bird.

Richard is stunned when he reflects on the decline in species worldwide – stating that just in his lifetime alone there is now less than half the world’s wild animals left than when he was born. For this iconic bird, so specific to Aotearoa, there’s still hope that it’s not too late thanks to the dedicated conservationists who have also made this their life’s work.

“I feel a passion and strong responsibility to do whatever I can in my lifetime, to change the situation and reverse that decline, and learn how to live with wild animals and with nature instead of trying to dominate it. Contributing new knowledge through research is incredibly rewarding. You feel like a pioneer. I’m very, very lucky.”