Auckland Zoo is excited to share that Bornean orangutan Melur is pregnant, and all going well, will give birth to what will be her second offspring, by late summer/early autumn.

Melur’s pregnancy to male Charlie follows a breeding recommendation from the European Association of Zoos & Aquaria’s breeding and advocacy programme for Bornean orangutan - a ‘Critically Endangered’ great ape, primarily due to the destruction of its rainforest habitat.

Auckland Zoo is accredited by both Australasian and European zoo associations and is one of only two zoos in Australasia with Bornean orangutans. Charlie’s genes are not yet well represented in the zoo population so are recognised as among the most valuable to the international programme.

Melur (33) and Charlie (40) became first-time parents in 2005 when male Madju was born. Now 16, Madju, who was relocated to Busch Gardens in 2016, last year became a father to a son himself! Melur proved an exceptional mother to Madju and dad Charlie an amazingly tolerant and attentive father as his son became more independent. Older female Wanita also played a special role as ‘aunty’ that included being Madju’s “non-stop play mate”!

“Melur has already shown us she’s a wonderful mother, and we’re in no doubt she will be again. After all, female orangutans care and nurture their young for at least eight years,” says Primate keeper Sarah Taylor-Robinson, who is playing a key role in the monitoring and care of Melur.

“Melur is still her usual joyful self, though we have noticed a slight decline in her energy as she moves closer to her third trimester. She’s always loved her food, and we’ve seen no change there. Her usual weight is around 54kg, but we expect she’ll get close to 70kg before she gives birth. Her tummy is now quite a well-defined beachball shaped bump.”

Through their daily training programme, the Primate team is able to monitor the health of all three orangutans. Using positive reinforcement, this training results in the orangutans voluntarily presenting different parts of their bodies so they can be thoroughly checked -which is all done within the comfort of their inside care quarters. Specially designed new scales are enabling Sarah and team to accurately weigh Melur each week to closely track her weight gain as part of the regime of prenatal care.

“Melur is also comfortable presenting her tummy to us, so when the time is right, we’ll be able to use a doppler during ultrasound, to detect the baby’s heart rate,” explains Sarah.

Confirming Melur’s pregnancy was done using the same test kit that’s used for humans, with the keepers using a pottle on the end of a long pole to obtain Melur’s urine for testing. 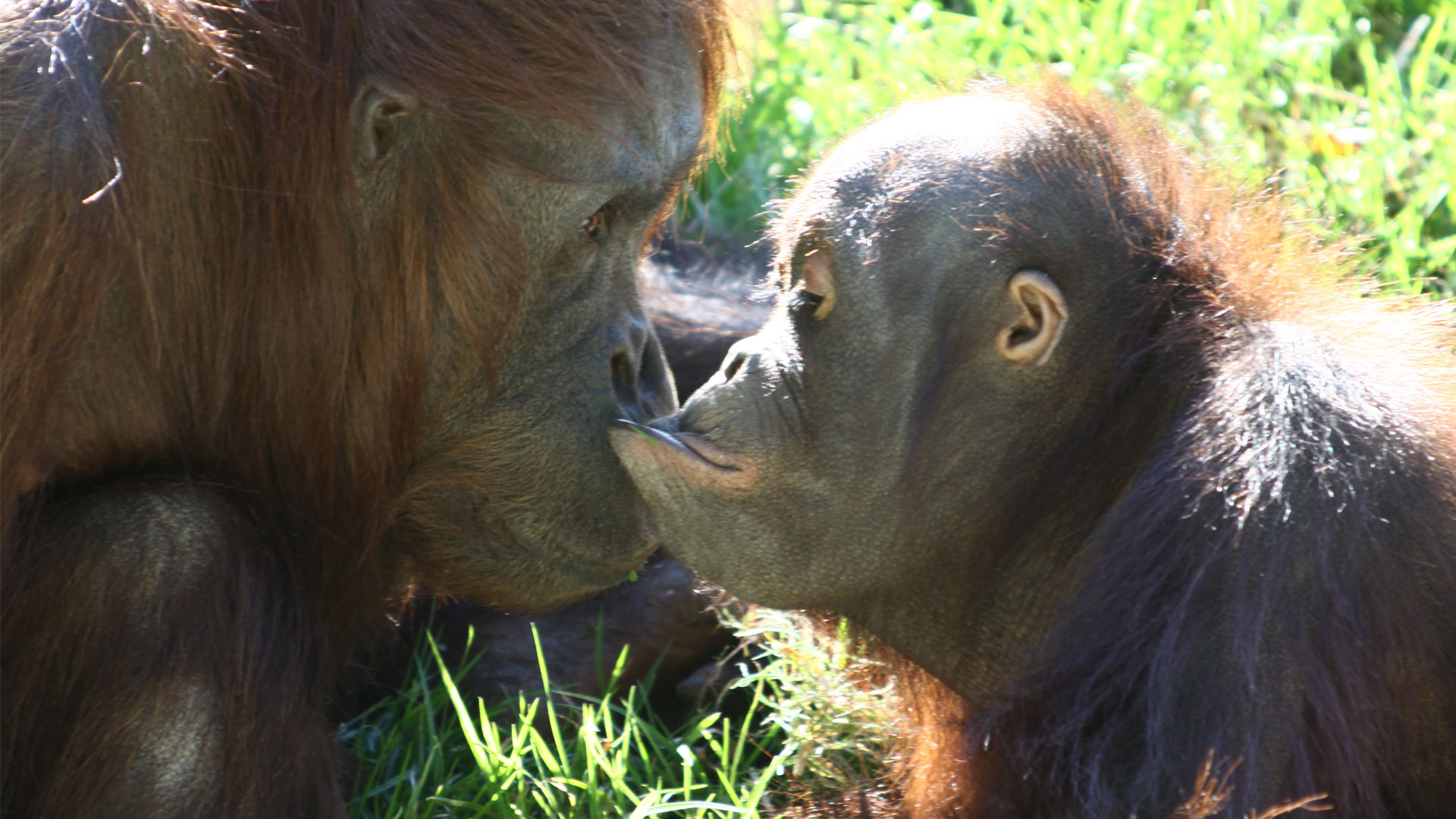 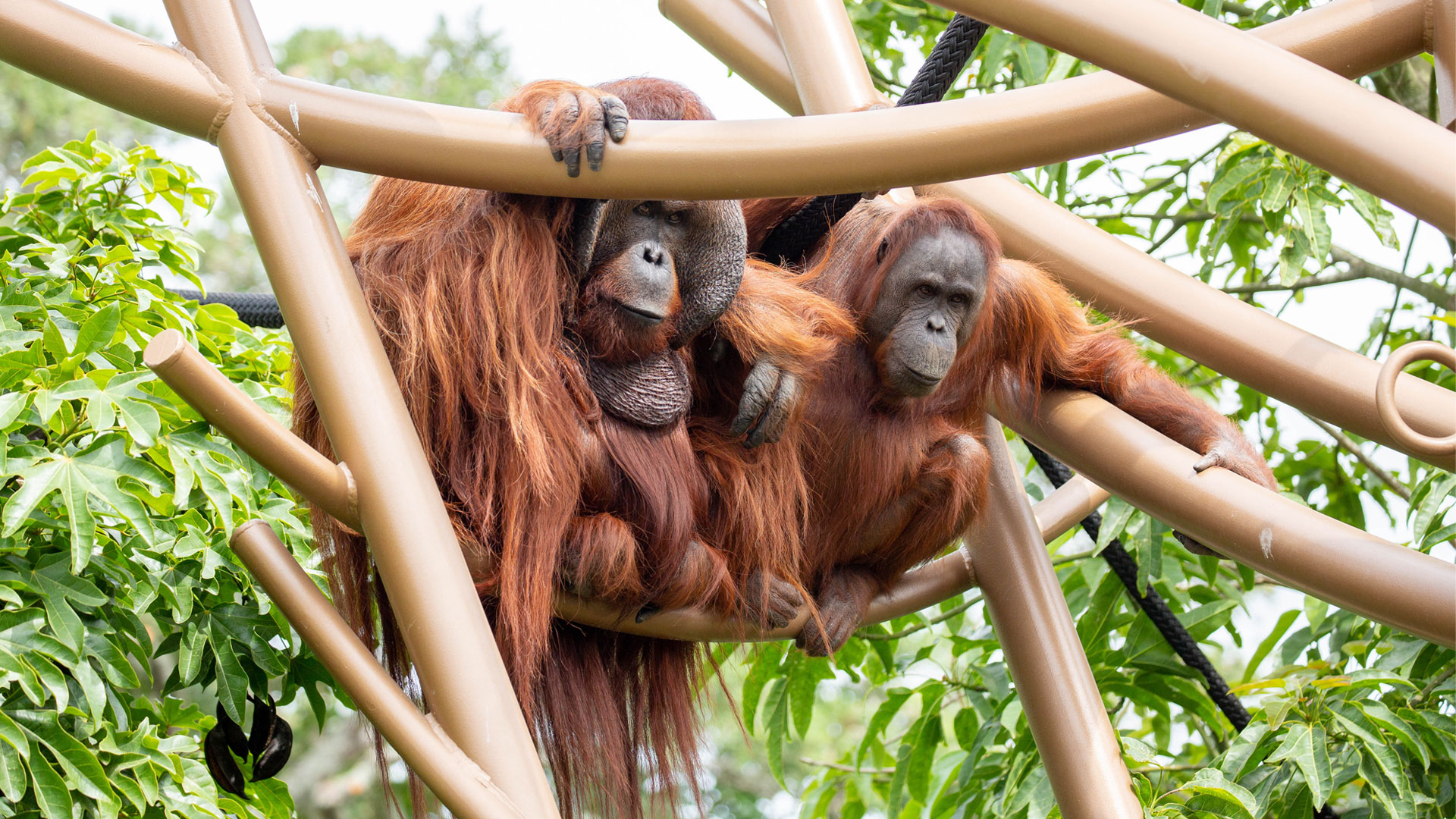 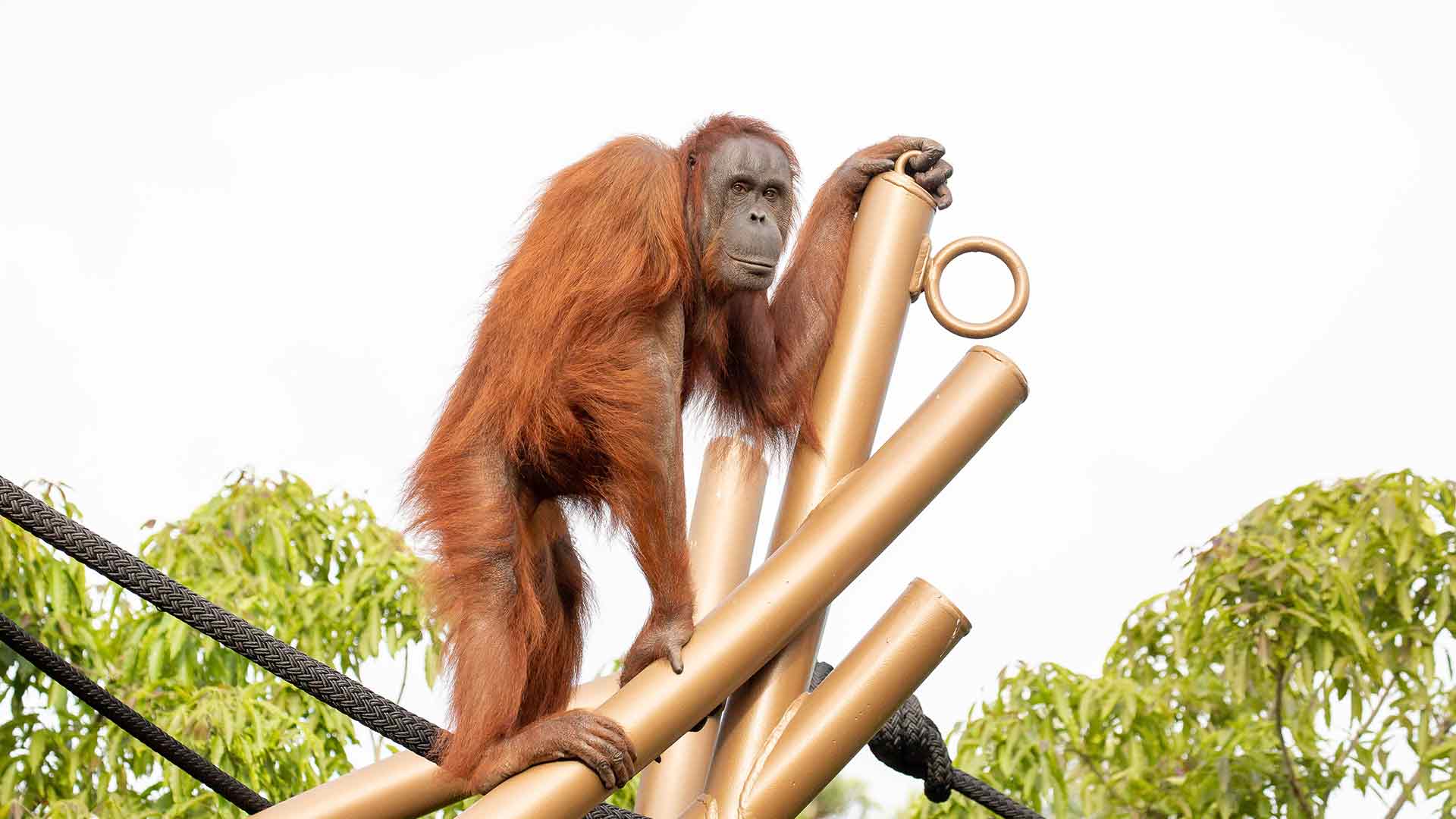 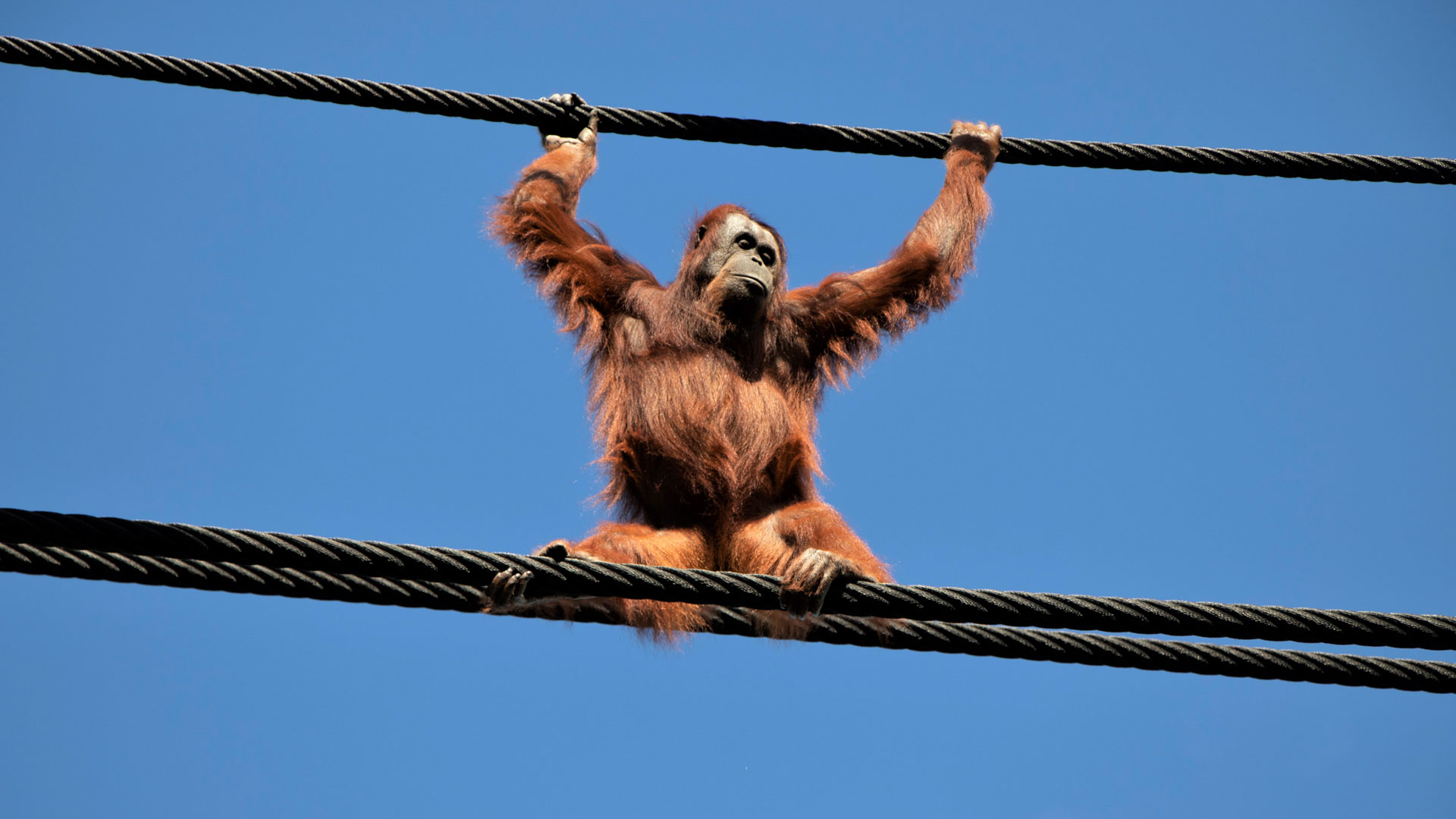 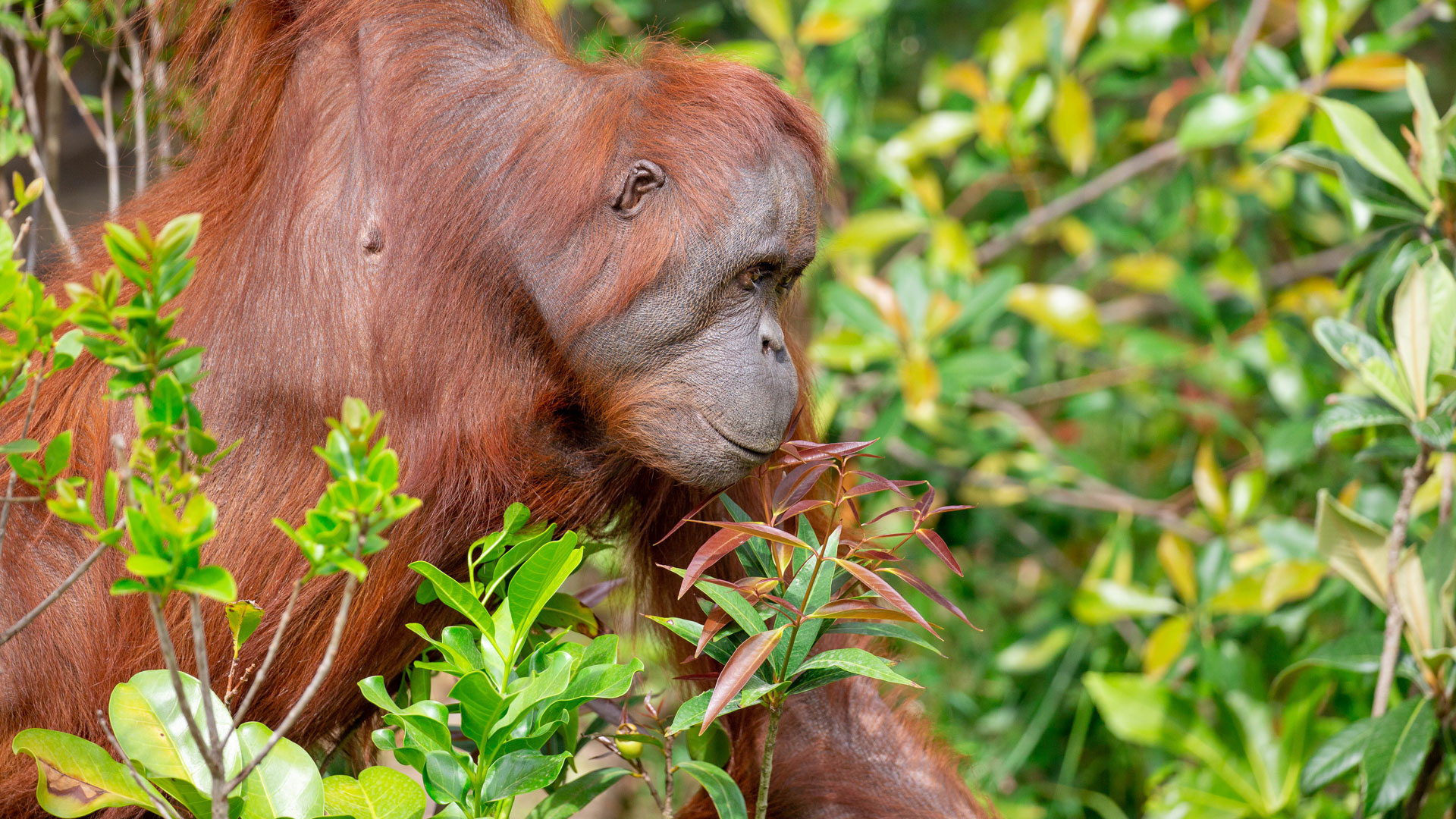 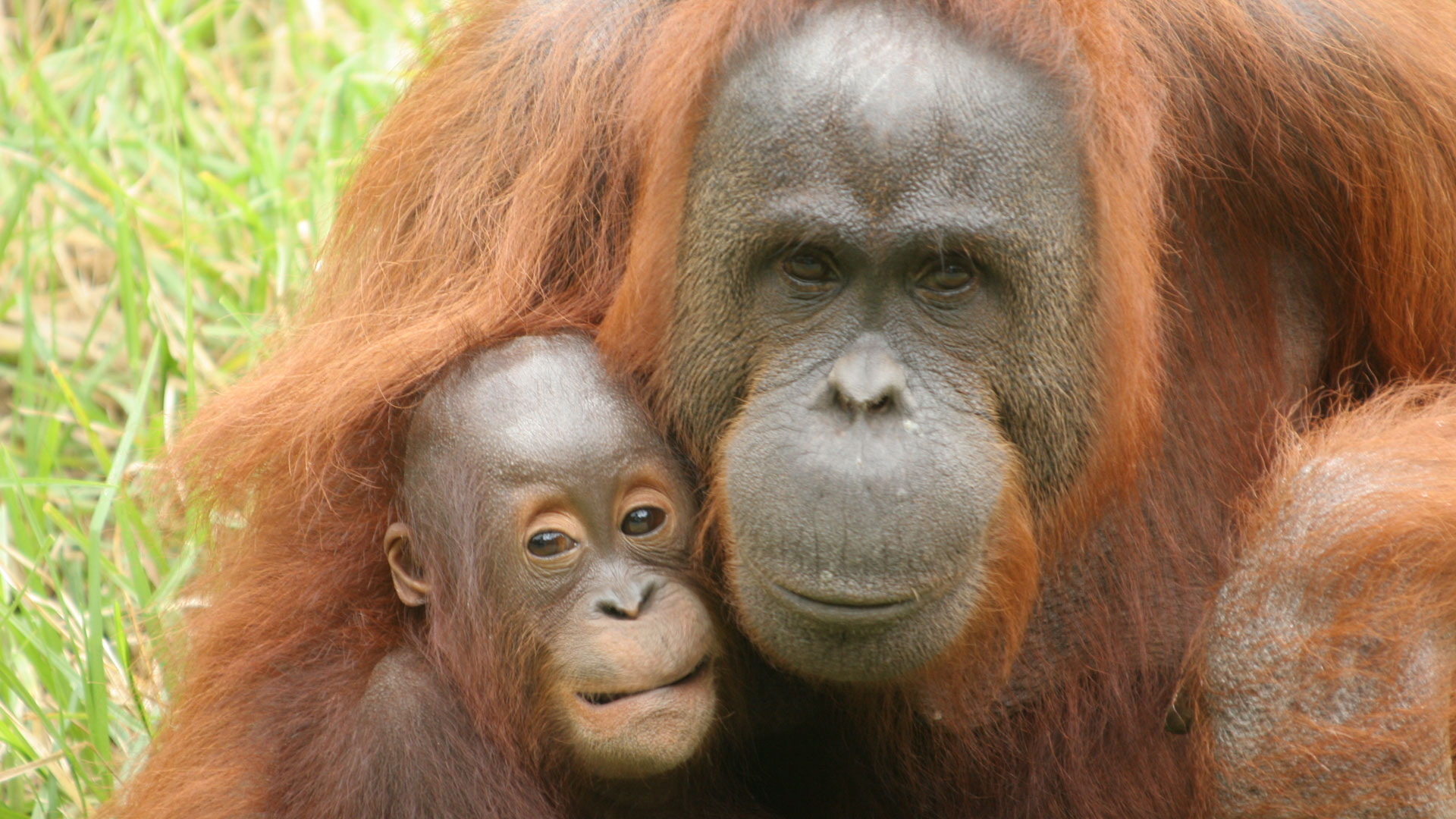 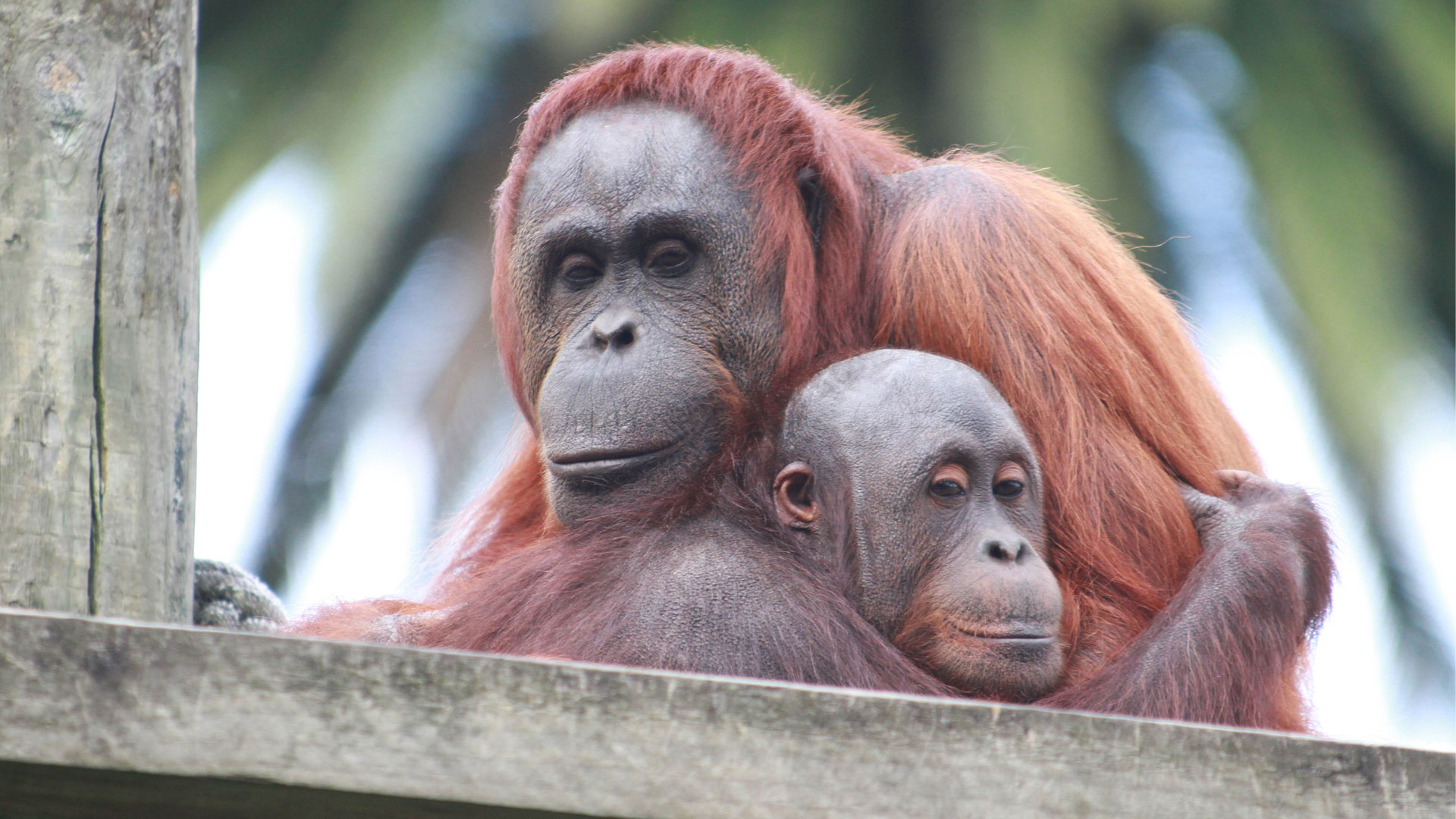 Charlie and Melur in their award-winning high canopy habitat

Charlie and Melur in their award-winning high canopy habitat

The Zoo’s veterinary services manager, Dr James Chatterton, says while the pregnancy test is not quite as accurate for great apes as it is for humans, ongoing testing over the past critical months has continued to confirm a positive result.

The gestation period for an orangutan is around eight and a half months. As with any pregnancy, animal or human, there are always risks.

However, all of the Zoo whānau is cautiously optimistic and extremely excited at the prospect of visitors being able to once again, or for the very first time - experience the joy and privilege of watching a new-born orangutan bond and flourish in its mother’s care.

She’s always loved her food, and we’ve seen no change there. Her usual weight is around 54kg, but we expect she’ll get close to 70kg before she gives birth. Her tummy is now quite a well-defined beachball shaped bump!

Deputy curator of mammals, Amy Robbins, says “getting Melur’s first positive pregnancy test back in July has been the perfect way to top off an incredible two years bringing our orangutans home and settling them back in to life at Auckland Zoo in their award-winning habitat”.

“It just goes to show the high level of care and welfare we provide for our orangutans for their health, behaviour and environment really pays off. When visiting them at the Zoo, visitors are able to experience and appreciate them, and understand the critical situation they’re facing in the wild, and how with us, they can continue making a positive difference.

“Since 2002, we’ve supported one of the world’s leading Sumatran orangutan conservation project - the Sumatran Orangutan Conservation Programme (SOCP) - and that’s only been possible thanks to the support of our visitors. To date we’ve contributed more than $600,000 to help establish new populations of wild orangutans. More recently, we’ve also been supporting the Sumatran Ranger Project which is working to reduce and mitigate human-wildlife (including orangutan) conflict in forest edge communities along the border of Sumatra’s Gunung Leuser National Park. Both these organisations are vital to the continued protection and survival of orangutans in Indonesia,” says Amy.

We look forward to keeping you posted about Melur’s progress over the final few months of her pregnancy!

Meantime, if you’re visiting us anytime soon, be sure to check out Melur, Charlie and Wanita and the siamangs in their amazing South East Asia Jungle Track high canopy habitat.

Our new South East Asia Jungle Track, the most ambitious project in our 99-year history, is all …