Orangutans are in trouble. Across Borneo and Sumatra, palm plantations have taken over where giant apes once roamed in pristine rainforest, fragmenting and destroying their habitat, and even worse, they’re being hunted. Despite it being illegal to kill, capture, or keep them, in Sumatra mothers with young babies are often hunted down and killed so that their infants can be taken from them, to be sold in the illegal pet trade. 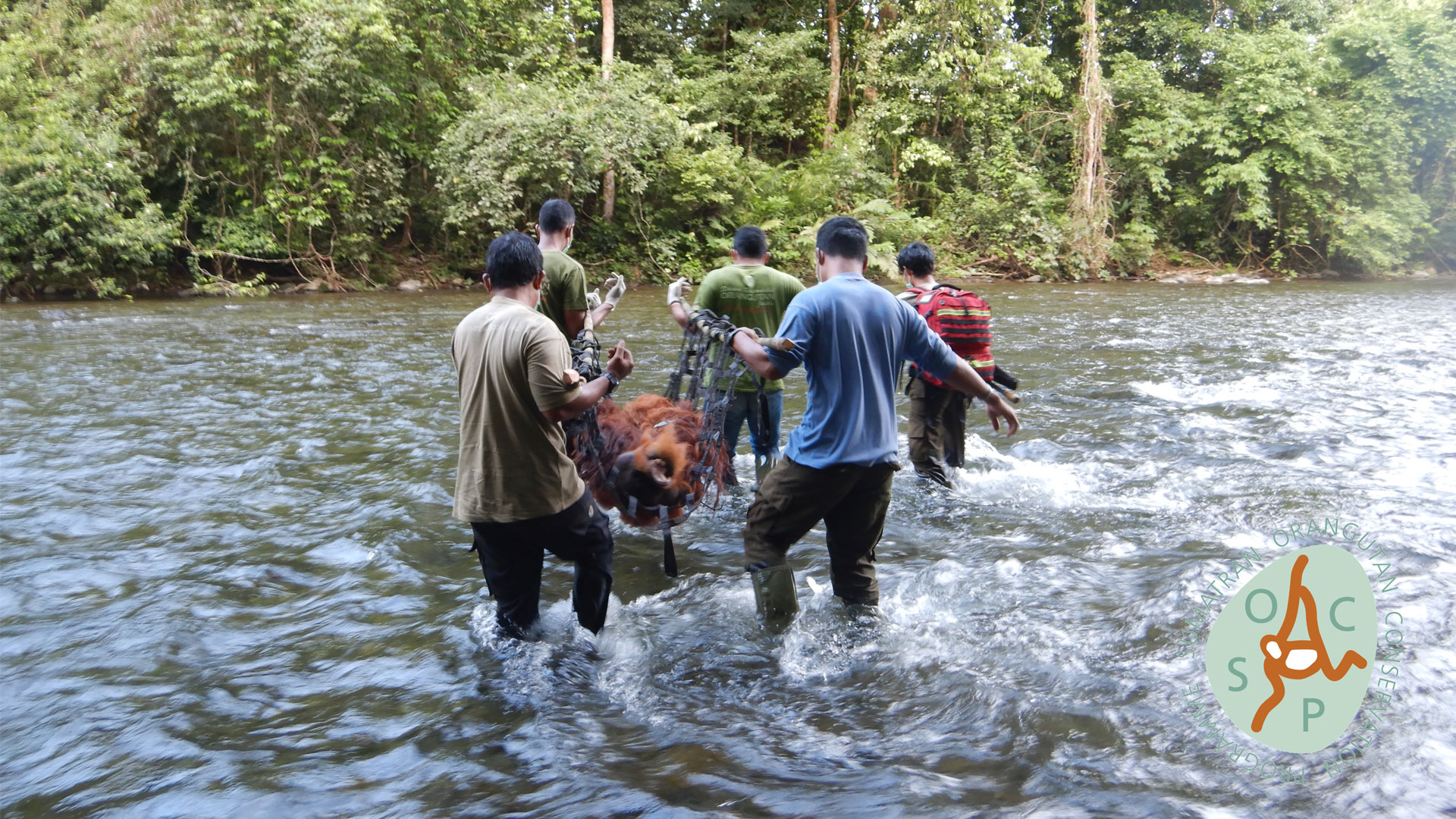 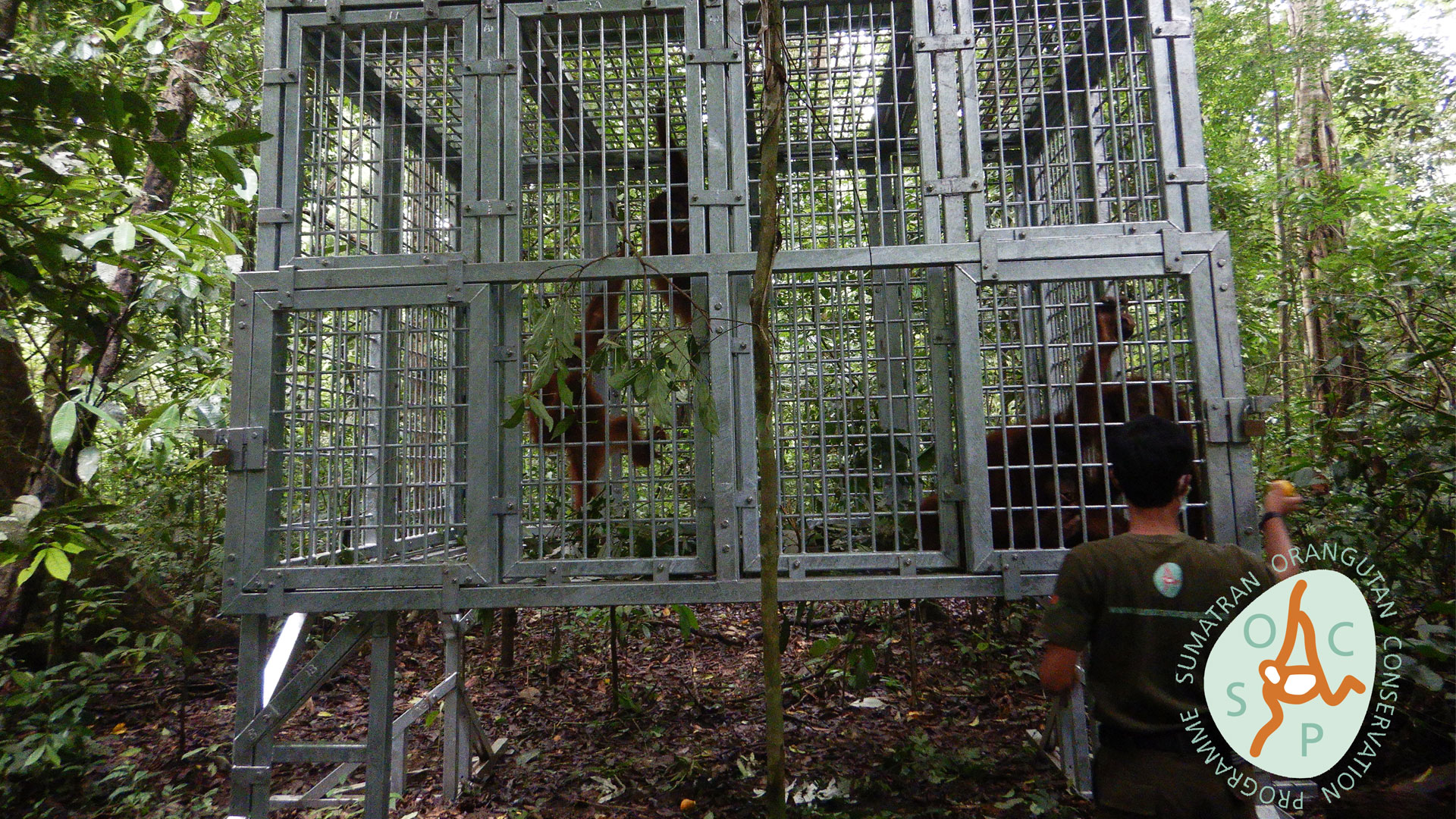 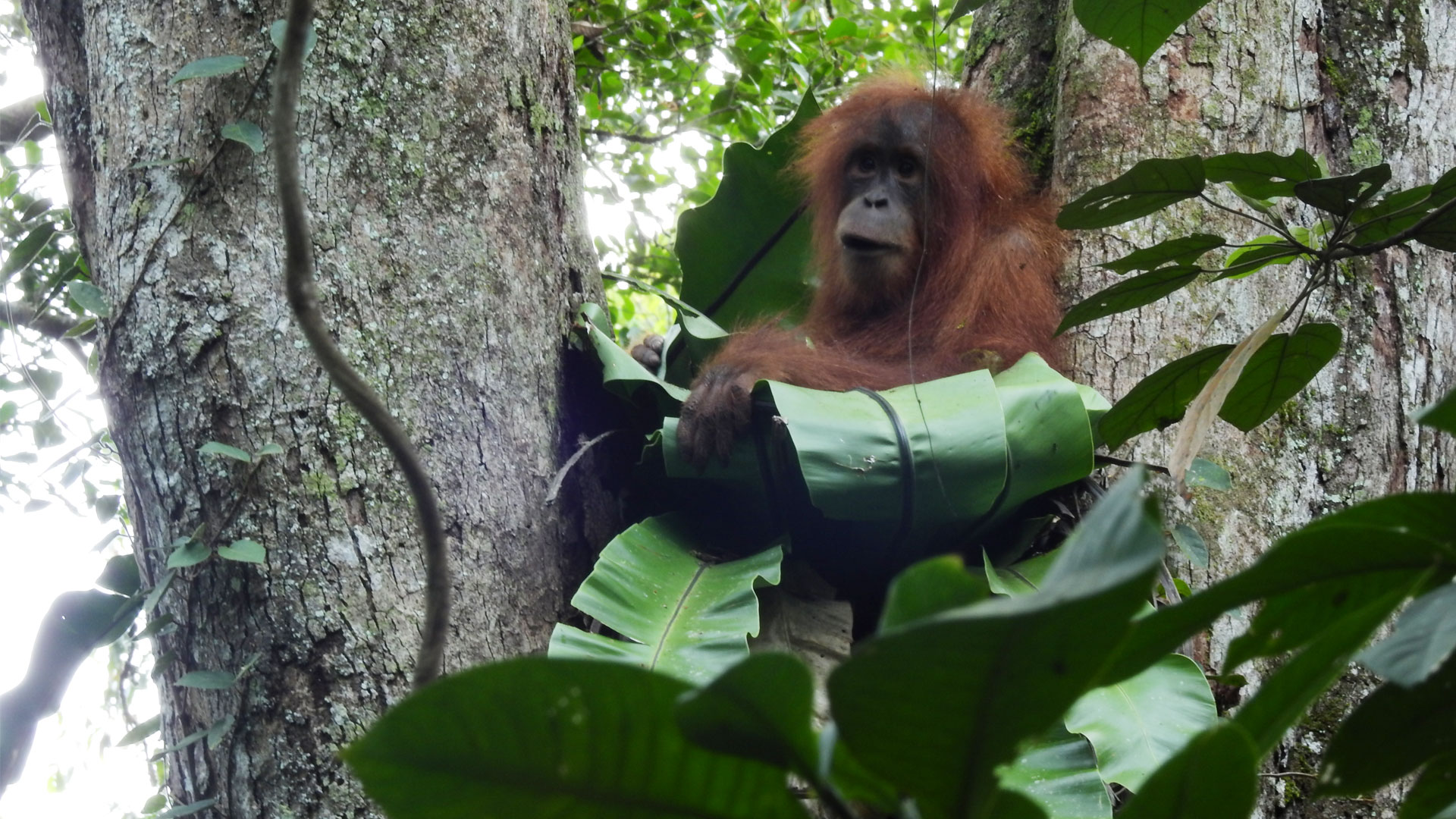 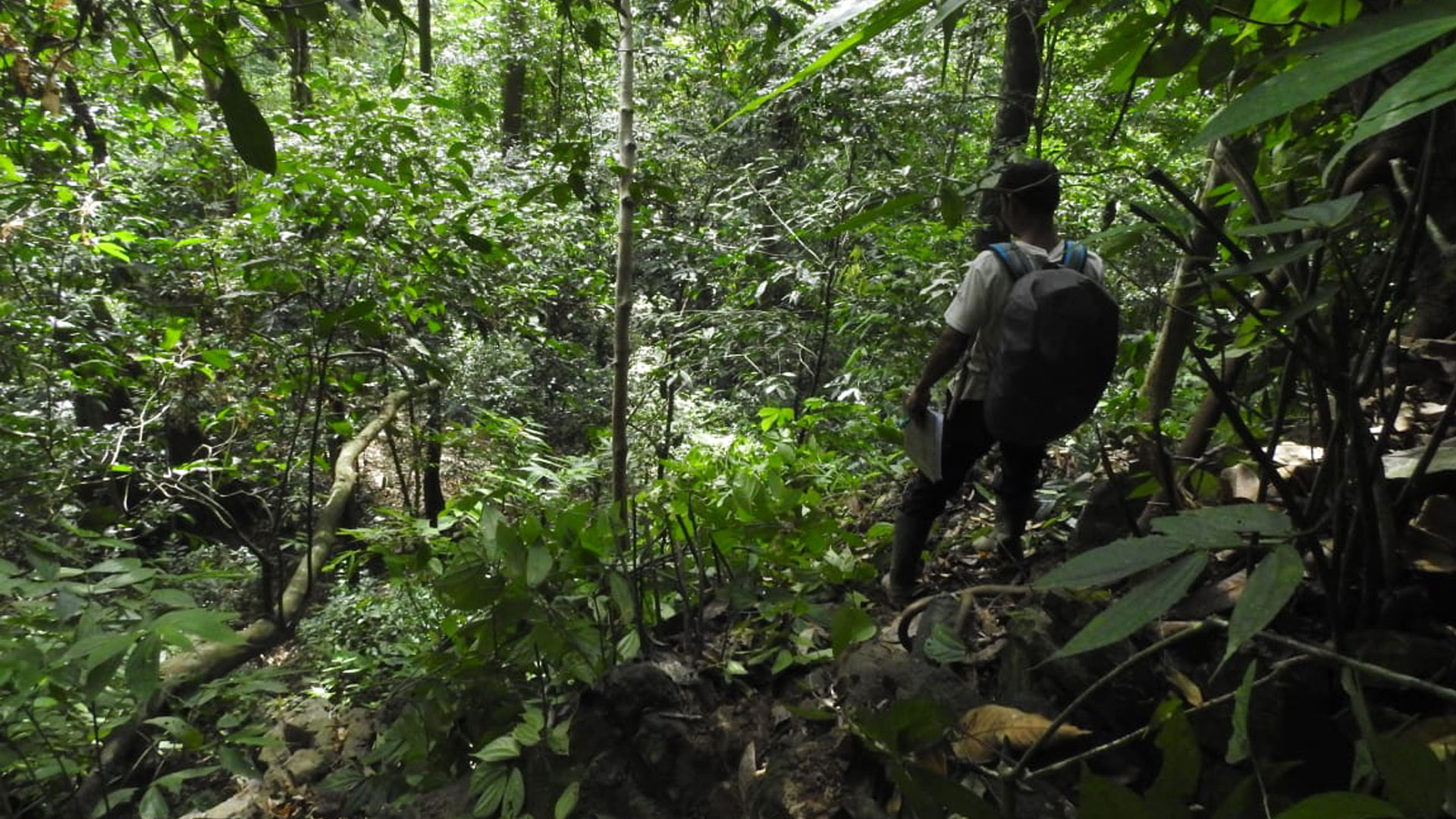 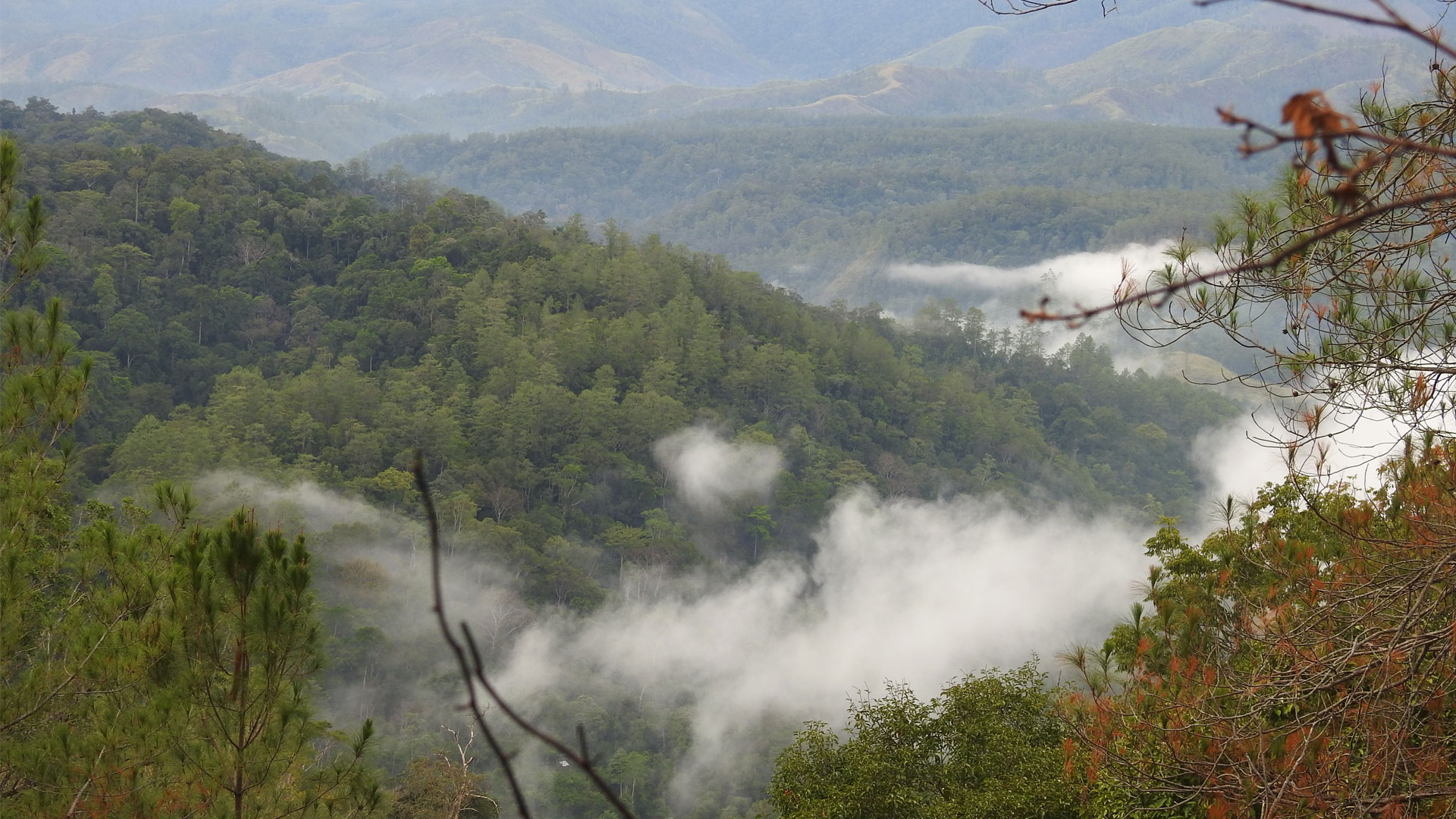 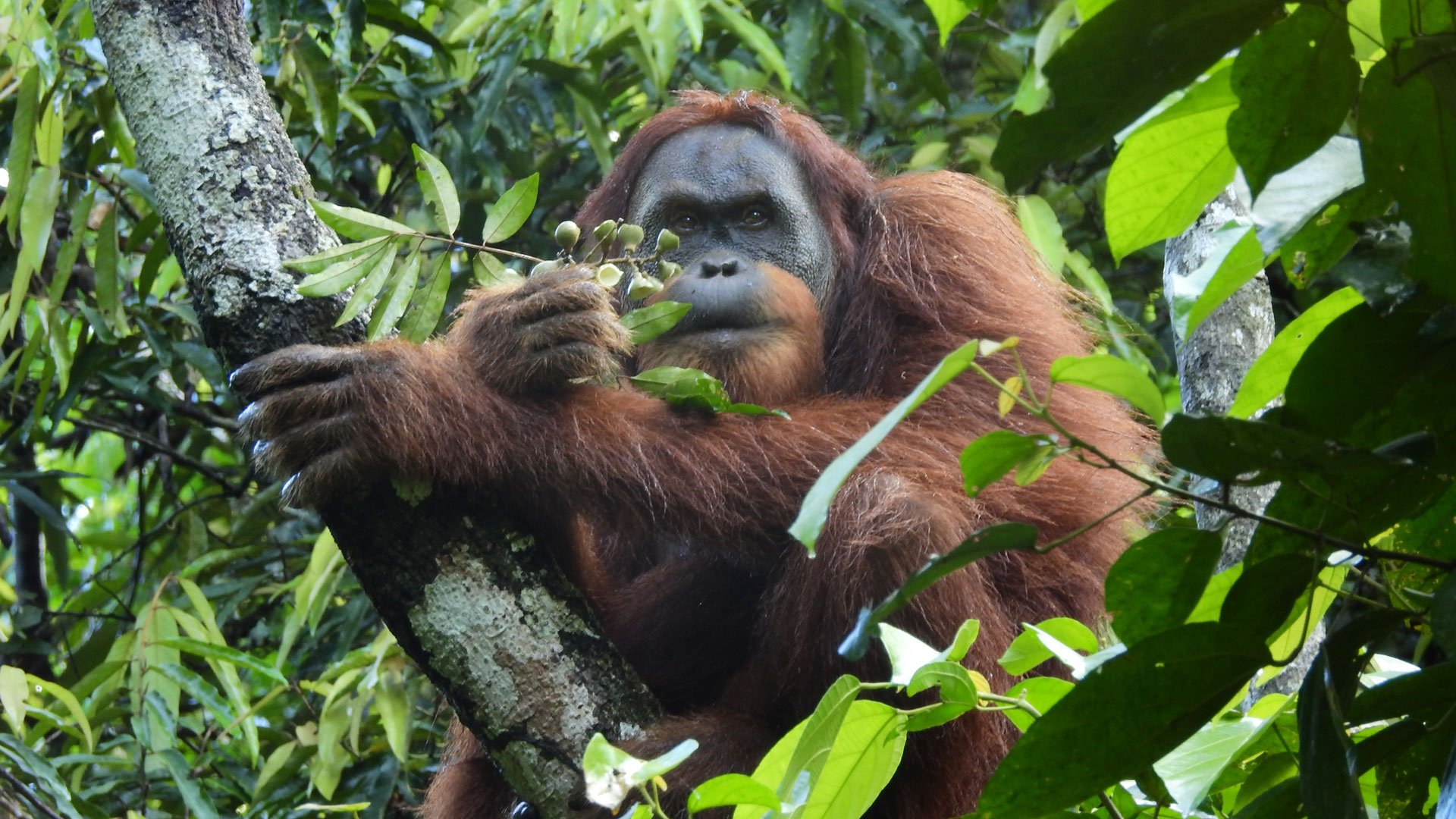 Newly transferred orangutan rescues before they begin their rehabilitation programme

Morning in Jantho with a view to the orangtuan school

The SOCP protects habitats, researches wild populations, and rescues, rehabilitates, and reintroduces orangutans back into their natural habitat. “As far as we are aware the SOCP is the only project in the world actively creating entirely new viable wild populations of a great ape species” Vicky Dauncey, the SOCP’s Programme Development Manager says. But because orangutans are such intelligent animals, with long childhoods, going back to the wild is as much about learning as it is instinct.

That’s why the forest school that Auckland Zoo funded for SOCP exists. There, in the rainforest, separated from humans and wild orangutans, the rehabilitating young orangutan can explore and learn the dos and donts of wild life, with the safety of a roof over their heads at night and human caretakers showing them the world they were born for. The SOCP has operated two forest schools in the Bukit Tiga Puluh National Park for over a decade, and with the new additional forest school in Jantho Pinus Forest Reserve the program has more capacity to help these rewilding teenagers. “Every orangutan we release almost certainly witnessed the brutal killing of their mother when first captured” says Mukhlisin, the Jantho Orangutan Reintroduction Centre Station Manager. “To see these animals a few years later, in the trees in Jantho, free once again, interacting with other orangutans and behaving as if they never left the forest, never ceases to be an incredibly emotional and heart-warming experience.” To date,123 orangutans have been released at Jantho, with eight graduating from the new forest school, including one special current forest student, a large adult male named Pongky.

Every orangutan we release almost certainly witnessed the brutal killing of their mother when first captured. To see these animals a few years later, in the trees in Jantho, free once again, interacting with other orangutans and behaving as if they never left the forest, never ceases to be an incredibly emotional and heart-warming experience.

Pongky has had a hard life. Ripped from his mother as an infant, he was kept as an illegal pet for over a decade, trapped in a small cage with no access to open space, barely enough room to stand, and a single rope he swung on obsessively. It took an international campaign to get him into the SOCP’s orangutan rehabilitation program, and Pongky has never had the chance to learn any forest skills before. “With big, adult orangutans who have spent a long time in captivity prior to being rescued, rehabilitated and released, it is much harder for them to learn their natural skills again but we are happy to see Pongky making progress in his own way.” Vicky Dauncey, the SOCP’s Programme Development Manager reports, “We are hugely thankful that due to generous support from all our donors we are able to give orangutans like Pongky the chance to be wild again.”

Now that he’s in a natural environment, Pongky is beginning to learn about the world that should have been his all along. “He is able to climb tall trees though he doesn't choose to do so very often.” Vicky says. “When a tree is fruiting he will spend approximately an hour in it, which is less than other orangutans but his preference for natural, forest food has increased… with such intelligent and complex animals as orangutans, all their journeys back to the wild will be different.” Pongky is also beginning to explore further away from the forest school, still dependant on his human rescuers but learning the skills that will one day, at his own pace, let him return to the wild.

Auckland Zoo’s primate team leader Amy has worked with orangutans for over half her life and ventures to Sumatra every year as part of the eco-adventures we offer in this region. Amy has formed strong relationships with our partners at SOCP and says of this programme "Working with conservation partners like SOCP really gives me hope for the Sumatran orangutan and the future of all wildlife here in Sumatra.  An organisation like this is doing such incredible work and I’m really proud that I’ve been able to work alongside them and that Auckland Zoo has been able to support them for such a long time".

The zoo’s orangutans Charlie, Melur and Wanita are temporarily staying at Orana Park in Christchurch while we’re building an exciting new home for them as part of our South East Asia Jungle Track development. When you visit our wildlife – and our orangutans when they return in Summer 2020 – you not only help us give them an amazing life, but you’re also helping to protect and conserve their wild cousins in Sumatra. To date we have donated over 550,000 to SOCP since 2002, including 33,350 for this project within the past year. Every time you visit the zoo or make a donation to our Conservation Fund we’re able to help fund the work of our partners at SOCP and wildlife conservation projects all over the world.

Volunteering at a haven for Orangutans!