Aotearoa’s kākā – a large, beautiful, forest dwelling parrot - is often heard before they are seen. It’s not just their size, but also their colourings – olive-brown bodies with grey-white crowns and red-orange underwing with deep crimson undersides – and rhythmic “ka-aa” song that make them uniquely New Zealand. 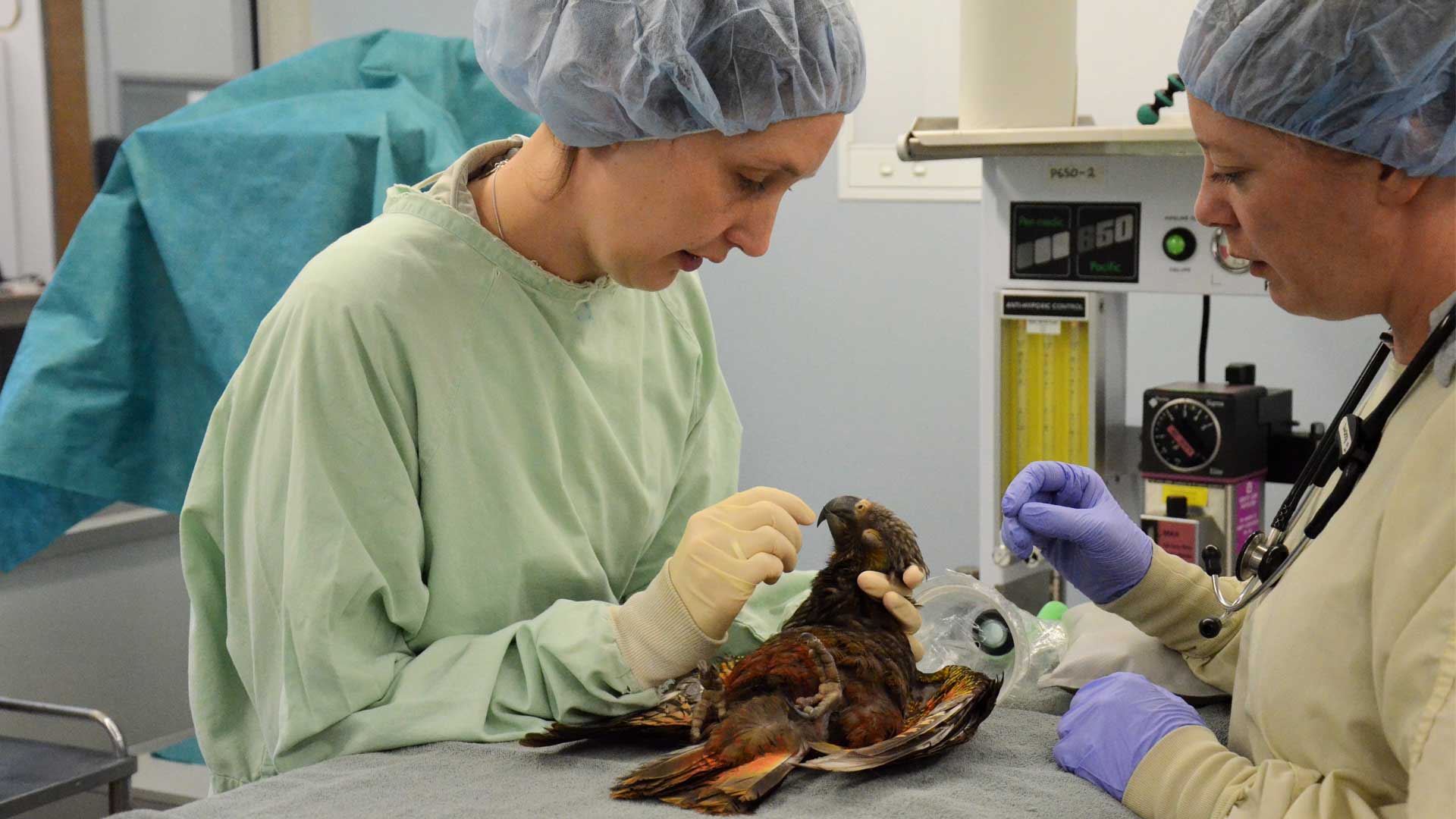 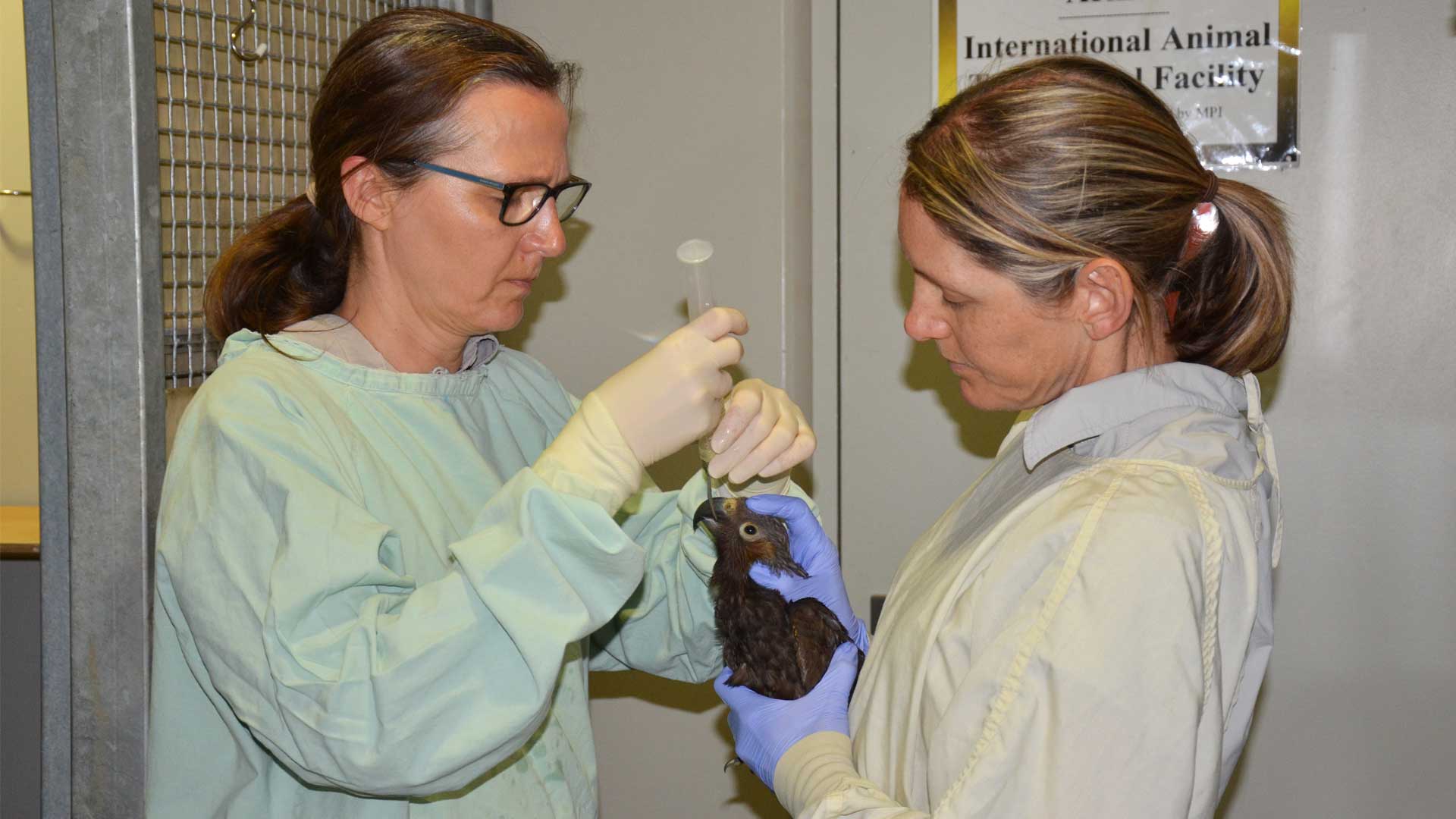 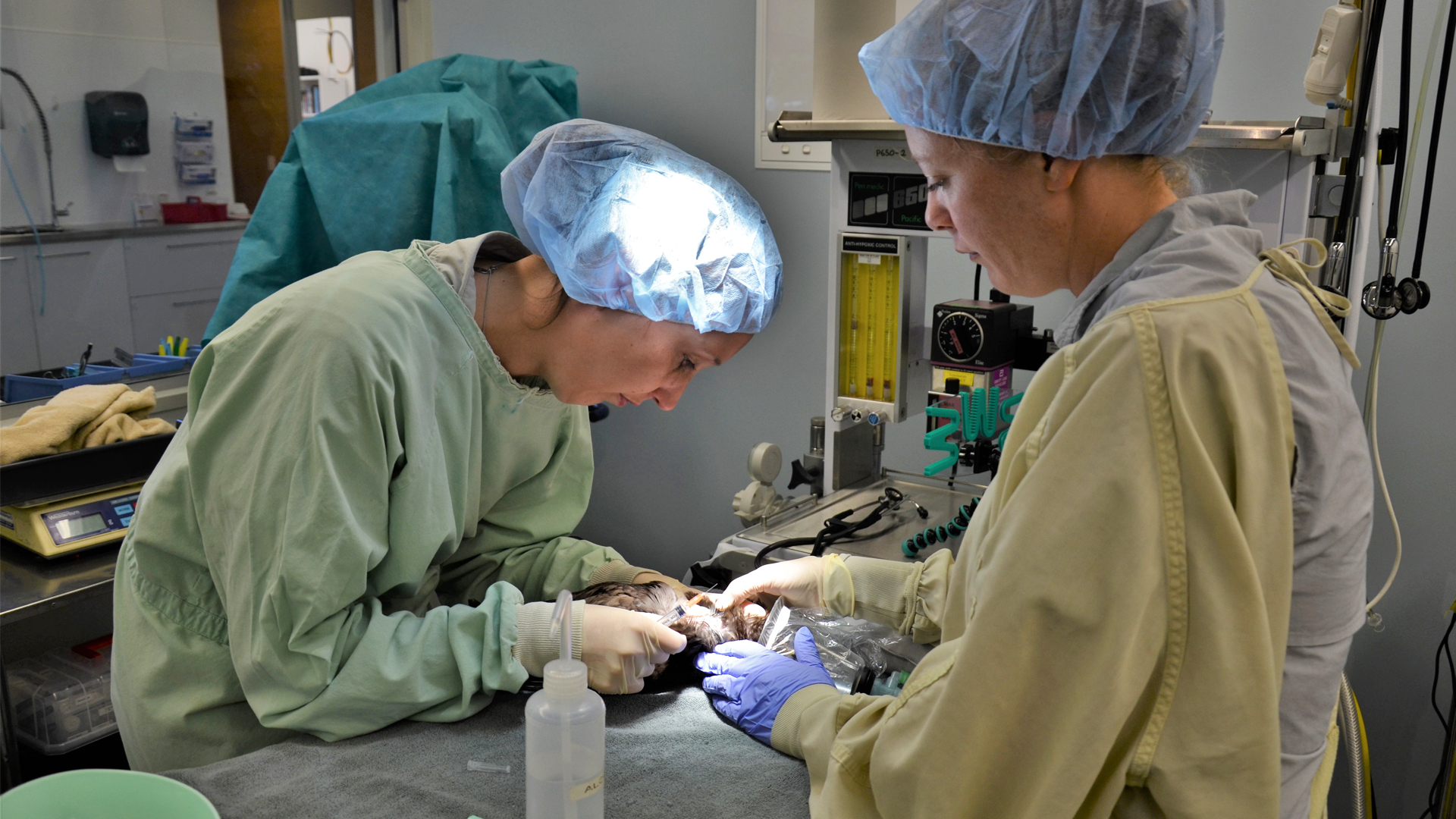 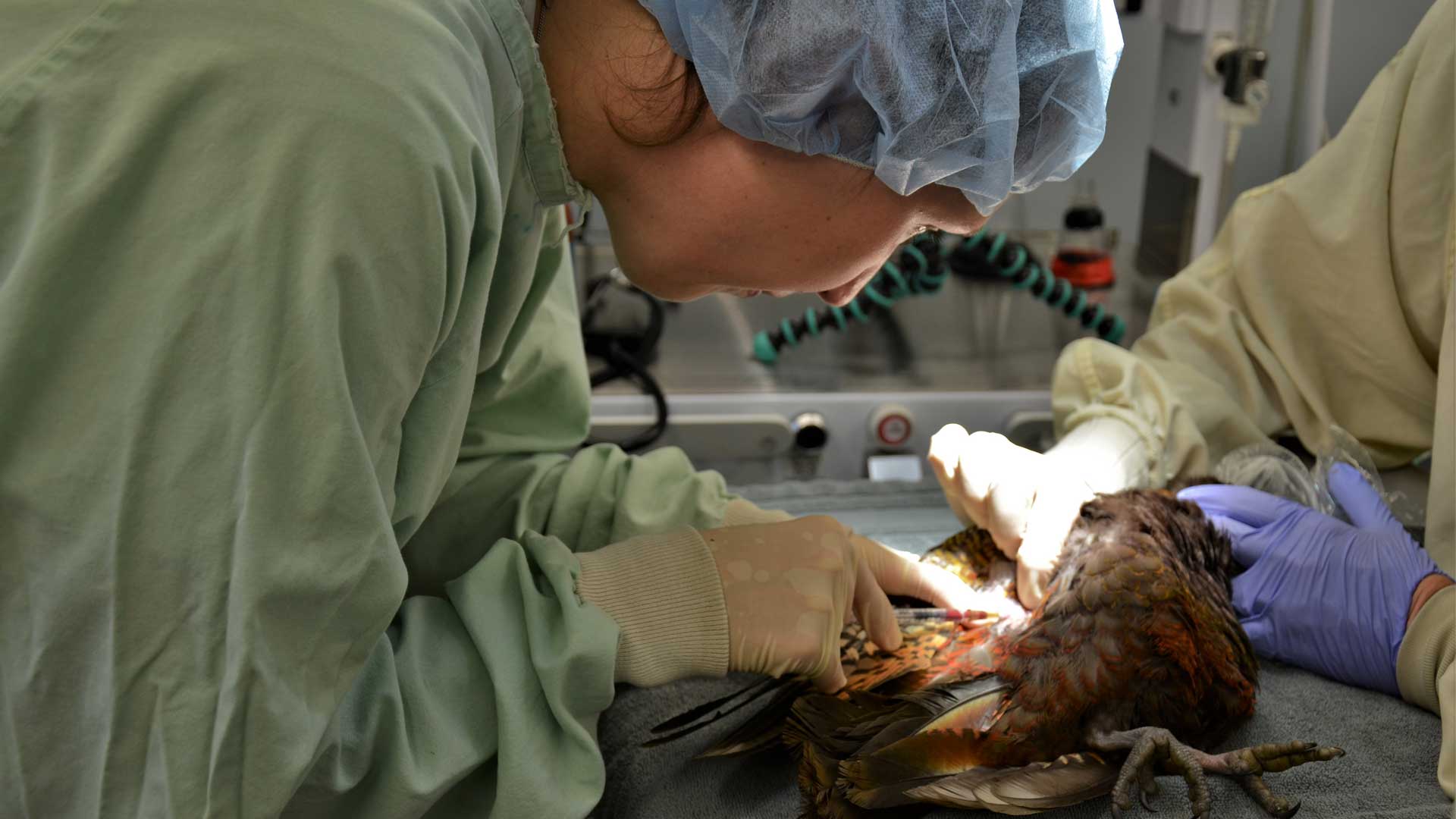 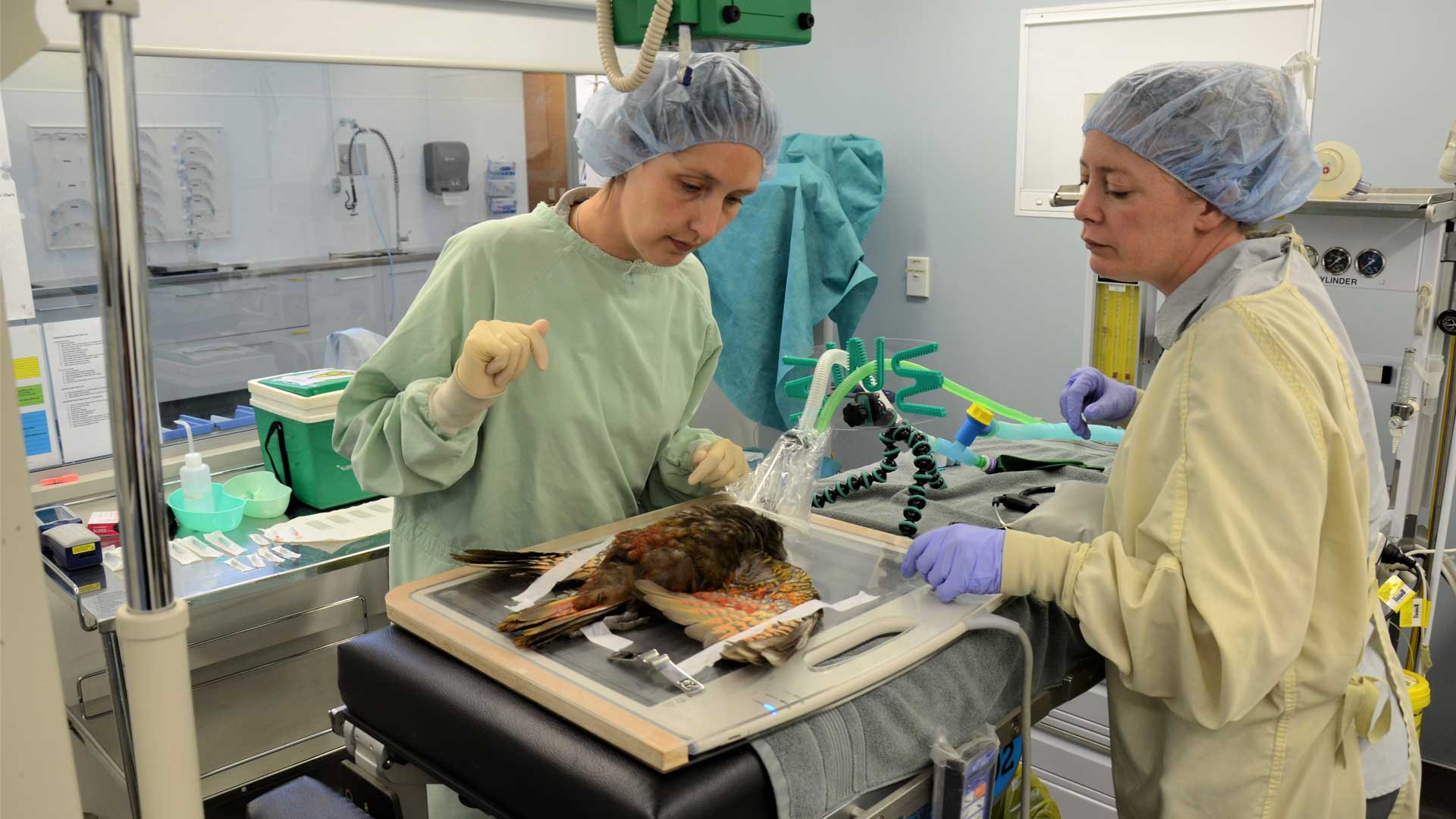 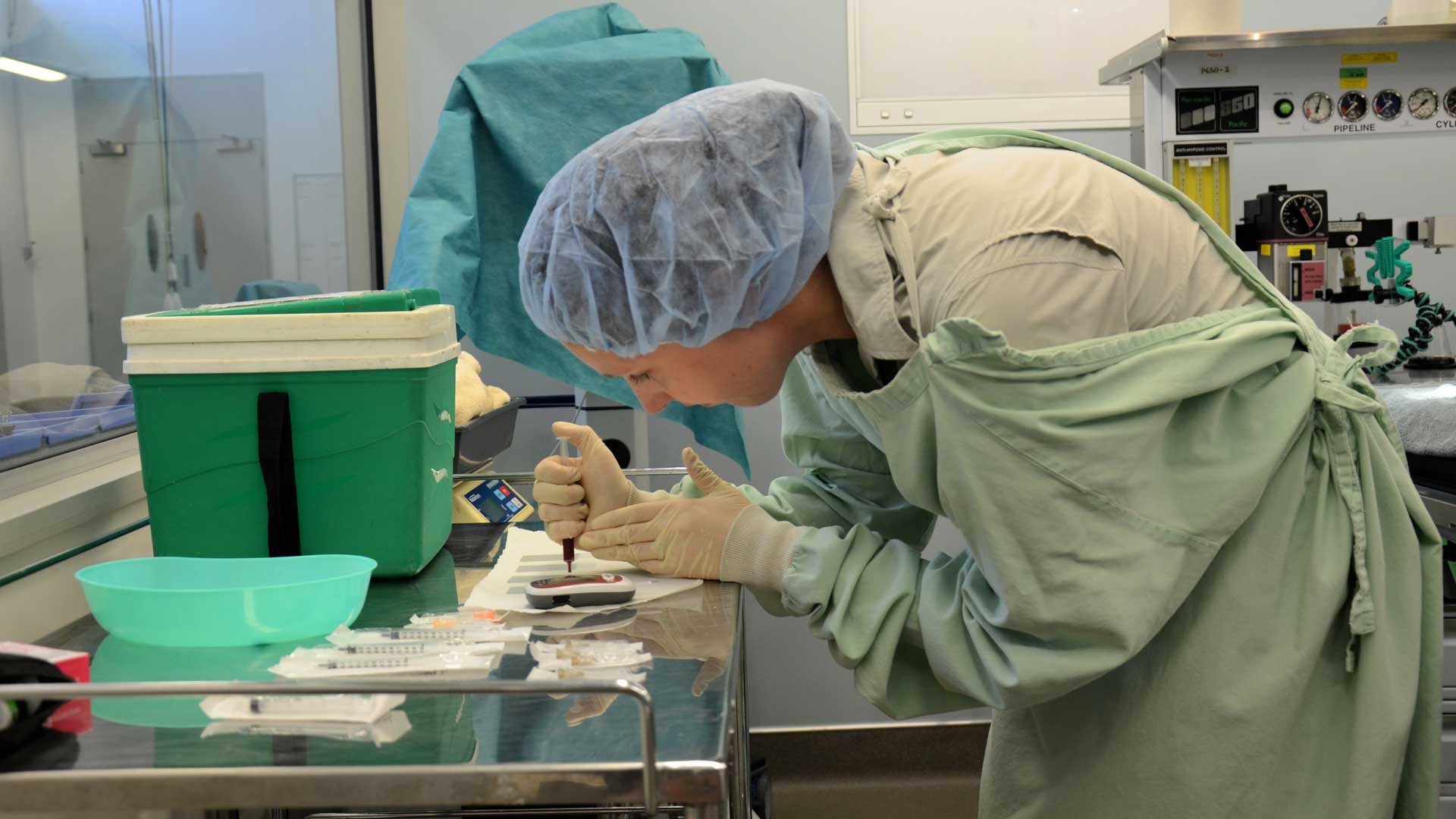 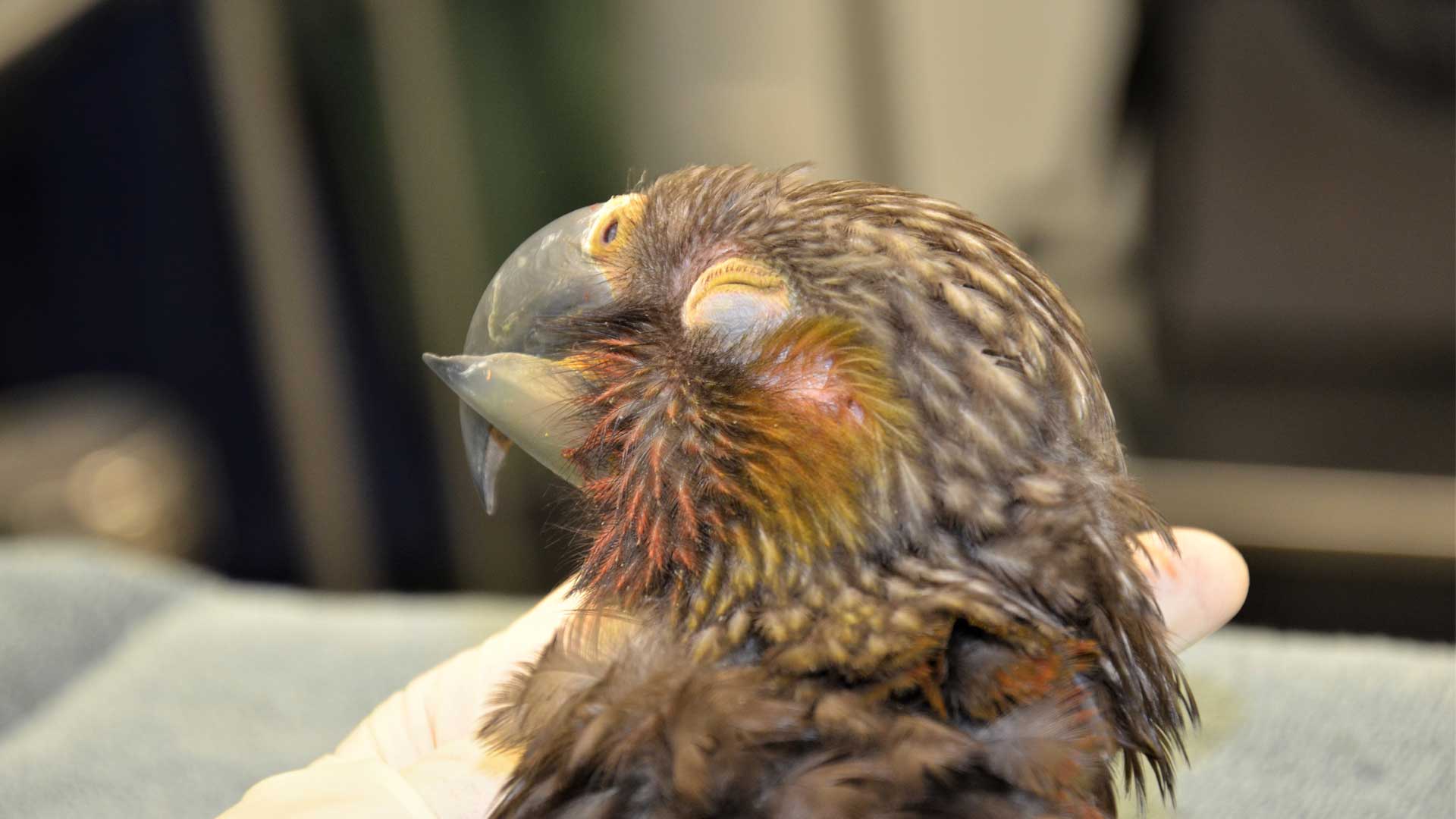 With a suspected population of less than 10,000 birds, the North Island sub species are more common with an At Risk (recovering) status, while the South Island sub species are Nationally Vulnerable. Forest clearance has almost depleted the kākā’s original habitat, but the biggest threat, is mammalian predators. Despite these low numbers, the various conservation initiatives are showing that the species seem to be recovering, particularly in the North Island where they can be found in some backyards abundant with native flora. Unfortunately, despite these efforts, the kākā now has a new threat – well-meaning people who are feeding them ‘human food’ - issuing their death warrant with bread, nuts and crackers.

In 2016, 80% of kākā chicks being monitored by scientists in Wellington died, all due to metabolic bone disease. This disease leaves chicks with distorted limbs and bone abnormalities and is completely avoidable by not feeding kākā ‘human food’.

Adult kākā forage for food and return to their nests to regurgitate it for their chicks. When chicks are fed the wrong type of food there becomes an imbalance in calcium and phosphor which will cause them to develop these fatal abnormalities. For a species that New Zealand is rapidly trying to recover, every chick is incredibly important.

In the final days of 2018 Auckland Zoo’s veterinary department received a call from Native Bird Rescue (a volunteer-driven charity based on Waiheke Island that rescues and rehabilitates native birds) about a young kākā found in Hekerua on the Northern Coast of Waiheke, that was suspected to have metabolic bone disease.

Native Bird Rescue works alongside Forest and Bird, monitoring kākā nests and fledglings, and when a nest is active they will put a ‘ring of fire’ around the nest – an overload of pest and predator traps to protect the nest and increase their chances of survival. It was while a Forest and Bird member was observing the nest that he noted a young kākā who looked a bit strange, waited until it got close enough to take pictures, and alerted the Native Bird Rescue. In a populated part of the island, it wasn’t improbable to assume the worst.

It’s sad because it’s something that is preventable. If its parents were feeding it the right types of wild food it would not have resulted in this tragic ending

When chicks are fed the wrong type of food there becomes an imbalance in calcium and phosphor which will cause them to develop these fatal abnormalities.

On arrival at Auckland Zoo it was confirmed that the bird had a severe ‘scissor beak’, suspected bent bones, and a noticeable dip in the skull – all common signs of metabolic bone disease. After a health assessment under anaesthesia including blood samples and radiographs, it was determined that its condition was too severe to survive in the wild, and sadly had to be euthanised.  The post mortem confirmed that the cause of the abnormalities was metabolic bone disease.

“The kākā very likely developed metabolic bone disease due to its parents bringing it back unsuitable human food items that they picked up in more urban areas. It’s sad because it’s something that is preventable. If its parents were feeding it the right types of wild food it would not have resulted in this tragic ending,” said Auckland Zoo Senior Vet An Pas.

Metabolic bone disease in birds is caused by digesting foods with high ratios of phosphorus to calcium, which is considered dangerous for rapidly growing birds, as it causes a lower-than-average level of calcium in the plasma. Foods that fall into this category for young birds are (but not limited to) corn, nuts, pasta, potato, rice, beans, bread, crackers and cheese – all things people frequently leave outside to feed birds. Symptoms can include weakness, abnormal stance, difficulty in walking, broken feather shafts, and the more extreme signs are limb deformities, limb fractures, and scissor beak.

The best way to help these precious birds is to leave them be and let them find their own food.

Being forest birds, a typical kākā diet should only include food from trees – fruit, nectar, sap and tree-dwelling invertebrates. The best way to help these precious birds is to leave them be and let them find their own food. Being an intelligent bird, they will return to the lush areas where they find all the food and nutrients they need, but this is also the case when they find foods they shouldn’t be eating.

Karen Saunders of Native Bird Rescue said the best thing we can do is not feed the birds, and if you really want to help them thrive, plant native trees for them. Kākā need native trees for a food source and nest site. If you plant a kōwhai or any other native tree that produces flowers and fruit you will not only be helping the kākā but will benefit many other New Zealand species like the kererū and tūī.

The Department of Conservation (DOC) has established a national project to coordinate kākā recovery, by means of establishing a mainland island reserve, and through pest control in the North island – but this relatively new issue for the species is something we can all help with. If we want to continue hearing their remarkable sounds, and watch on in awe at their stunning colours it’s something we all need to take action on, and a message we can all help spread!

When you next visit Auckland Zoo, make sure you visit our kākā and also head over to the Vet Hospital, where you can often see our vet team in action treating New Zealand wildlife. Be sure to plan your visit and check for any upcoming procedures on our Vet Hospital page.

Caring for our aging Zoo residents