Sumatran tigers face many threats in the wild including habitat loss due to palm-oil deforestation, acacia plantations, human-animal conflict and poaching.

"The United Nations recently listed illegal wildlife trade as a serious crime because of the escalating demand for highly prized species, such as tiger and rhinoceros, and the failure to effectively control the trade. In turn, this places greater urgency on reducing supply by securing source populations of these species"
(Linkie, Matthew et.al. “Safeguarding Sumatran tigers: evaluating effectiveness of law enforcement patrols and local informant networks”, Journal of Applied Ecology, 2015).

The Auckland Zoo Conservation Fund has partnered with 21st Century Tiger to conserve this species in their wild habitat and part of your Zoo ticket goes towards the vital support of these Tigers. 100% of the donations received by 21st Century Tiger from the public and international zoo community are given to wild tiger conservation projects. This organisation currently has 76 global conservation projects spanning 8 countries worldwide.

The Tiger Protection Project is funded through Auckland Zoo Conservation Fund and our goal is to strengthen protection and conservation of the Sumatran tiger in Kerinci Seblat National Park. Kerinci Seblat National Park is the largest park in Sumatra, Indonesia, spanning more than 1.38 million hectares of protected land and housing at least 166 individual tigers. This funding facilitated the wildlife crime Rapid Reaction Unit (URC) created to respond to active poaching threats in the area and to remove snare traps. Over 110 wildlife crime investigations have been launched from 2015-2016 and one long-running investigation culminated in the arrest of the leader of a tiger poaching syndicate.

Auckland Zoo is proud to support Sumatran Ranger Project, which was founded by our very own primate team leader Amy Robbins - who you may recognise from our Wild Work Sumatra TV series! Amy and her team of rangers work hard to keep Sumatran tigers safe by protecting the buffer zone in the Leuser Ecosystem in Sumatra to benefit both wildlife and people. A buffer zone is the space between the rainforest where wildlife live and the human communities nearby. They also assist the communities that live within the buffer zones by providing education and resources. 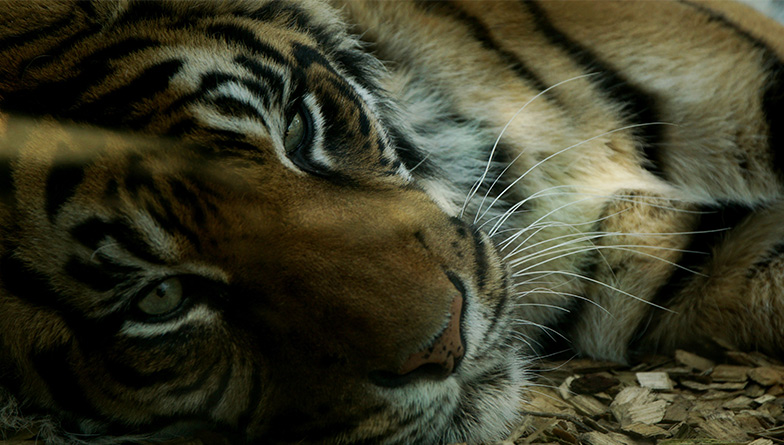 How can you help at home?

Consumers can bring about positive changes through making informed choices when at the supermarket and asking for more transparency around the labelling of products.

Visit our Palm Oil page to learn more about how you can help this precious and endangered species by purchasing products with ethical and sustainable palm oil practices.