Auckland Zoo supports 1080 use to save our natural taonga

Auckland Zoo is a not-for-profit wildlife conservation science organisation passionate about its mission to bring people together to build a future for wildlife, and fully supports using and increasing the use of 1080 to save our natural taonga.

Aotearoa’s extraordinarily unique wildlife and their ecosystems, vital to the health and wellbeing of us all, are being decimated by introduced predators (primarily possums, stoats and ship rats) and we are in a race against time to save them.

1080 is endorsed by multiple organisations, including the Department of Conservation (DOC), is backed by decades of science and research and rigorously regulated, and is achieving amazing results for our wildlife and forests where it is being used. For example, in Auckland’s Hunua Ranges, following the application of 1080 in 2018, kōkako numbers have more than doubled – increasing from 55 to 116 kōkako breeding pairs, with each pair producing an average of three chicks last season.

Until a better alternative can be found (and every year millions are being poured into finding one) in our rugged and inaccessible areas, 1080 is currently the best and most effective technology we have to control these introduced predators to restore our precious biodiversity and ensure a future for our wildlife and wild places.

At Auckland Zoo we greatly value science and an evidence-based approach to decision-making, as has been, and continues to be the case with 1080 use. For all these reasons we fully support the increased use of both aerial and ground applications of 1080 to control these introduced predators, including the Department of Conservation’s Tiakina Nga Manu (‘protect the birds’) predator control programme.

Aotearoa has approximately 68,000 kiwi, with populations declining by about 2% annually where introduced mammalian species remain uncontrolled; about 20 kiwi per week. However, kiwi chick survival has more than doubled in the 20,000ha Tongariro Forest after a dramatic reduction in mammalian numbers following 1080 operations. 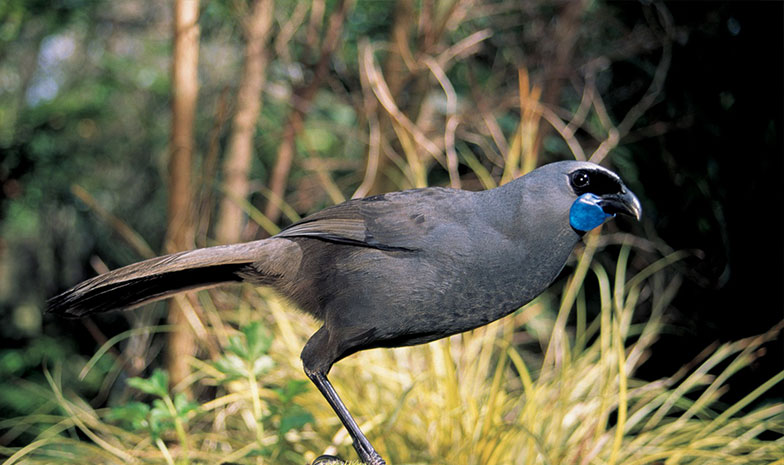 In Auckland’s Hunua Ranges where we do some of our wild work, following 1080 application in 2018, kōkako numbers have more than doubled - increasing from 55 breeding pairs to 116 breeding pairs, with each pair producing an average of three chicks last season. (In the mid-1990s there were just 21 kōkako in the Hunua Ranges, and only one was female). (Image credit Department of Conservation) 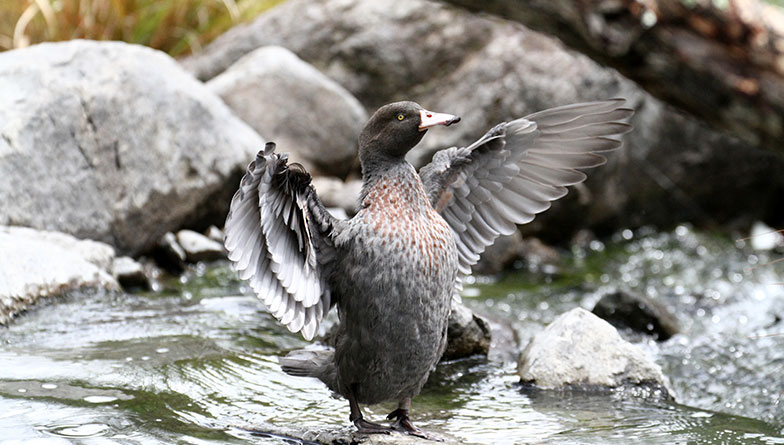 In Kahurangi National Park after aerial 1080 operations in 2014 and 2016, whio duckling numbers increased to 65 and 40 respectively in those years compared to less than 25 where there was no predator control.

In an area of Fiordland, following the application of 1080, a massive 30 times more kaka chicks were produced compared to areas here where there was no 1080 application.

Monitoring in Kahurangi National Park shows that where predators are controlled with a well-timed 1080 treatment, 50 per cent of kea nests were successful in producing chicks, compared to just 2 per cent in years without 1080 use.

Why our native wildlife species are so vulnerable

New Zealand’s unique wildlife and plants evolved over the past 65 million years without the presence of any land mammals (except bats), which is why they lack the natural defences to browsing and predatory animals, including ship rats, possums, stoats, that were introduced here over 800 years ago.

A future for our wildlife; Predator-Free 2050

Predator-Free 2050, launched by the Department of Conservation (DOC) in 2016, is all about protecting and restoring our native species and enabling them to thrive. The use of 1080 is currently one of the important tools in the toolkit towards achieving this; read more here.

Auckland Zoo is involved in plant and animal predator control, monitoring and restoration work throughout Aotearoa and beyond, and in local community outreach education programmes to engage and inspire Kiwis to help the natural taonga on their doorstep to flourish. Here in Tāmaki Makauru, we’re also part of Manawa Taiao/Urban Ark. Manawa Taiao is a fantastic collaboration of over a dozen local environmental community groups, including Forest & Bird that’s seeing us working together to create an ecologically connected urban landscape and engaged communities that provide healthy habitats where indigenous wildlife can thrive.

Easy ways you can help build a future for wildlife

3 things you can do in your backyard:

1080 is the common name for the biodegradable poison, sodium fluroacetate, which is made synthetically to control a range of introduced predators, especially possums, ship rats and stoats. It’s also produced naturally in many plants found in Western Australia and Africa; plants that evolved this poison as a defence against browsing animals.

1080 bait for aerial use is made of 0.15% raw compound 1080. The remaining 99.85% of the bait is cereal, glucose and a gluing agent to bind it together. Cinnamon and green dye are also added to discourage birds from eating it, and in some cases, deer repellent is also added. Today, only about 2kg of 1080 baits are dropped per hectare – that’s just 3 - 6 individual pellets within the size of a tennis court

1080 is highly water soluble and breaks down rapidly in the environment into harmless substances. 1080 has never been found in human drinking water supplies above the Ministry of Health tolerance level of 2 parts per billion.

1080 does not harm or kill fish, and humans are at extremely low risk of 1080 poisoning from eating fish that have eaten 1080 bait.

1080, backed by decades of science and research, is the most regulated pest control poison in New Zealand, with many controls on its use implemented to protect people and other animals (including dogs) during and after 1080 operations. www.1080facts.co.nz/regulation-of-1080.html