Kia ora everyone, my name is Natalie and I’m one of the bird keepers at Auckland Zoo. One of the awesome conservation projects we get to work on is Operation Nest Egg (ONE) with the Brown Kiwi. This programme began in 1994 when research found that 95% of wild hatched kiwi chicks were being killed before they could reach breeding age but adult kiwi mortality rates weren’t as high. Introduced stoats were found to be the reason for such high chick mortality rates and the vulnerable nature of kiwi chicks with minimal parental protection post-hatch. 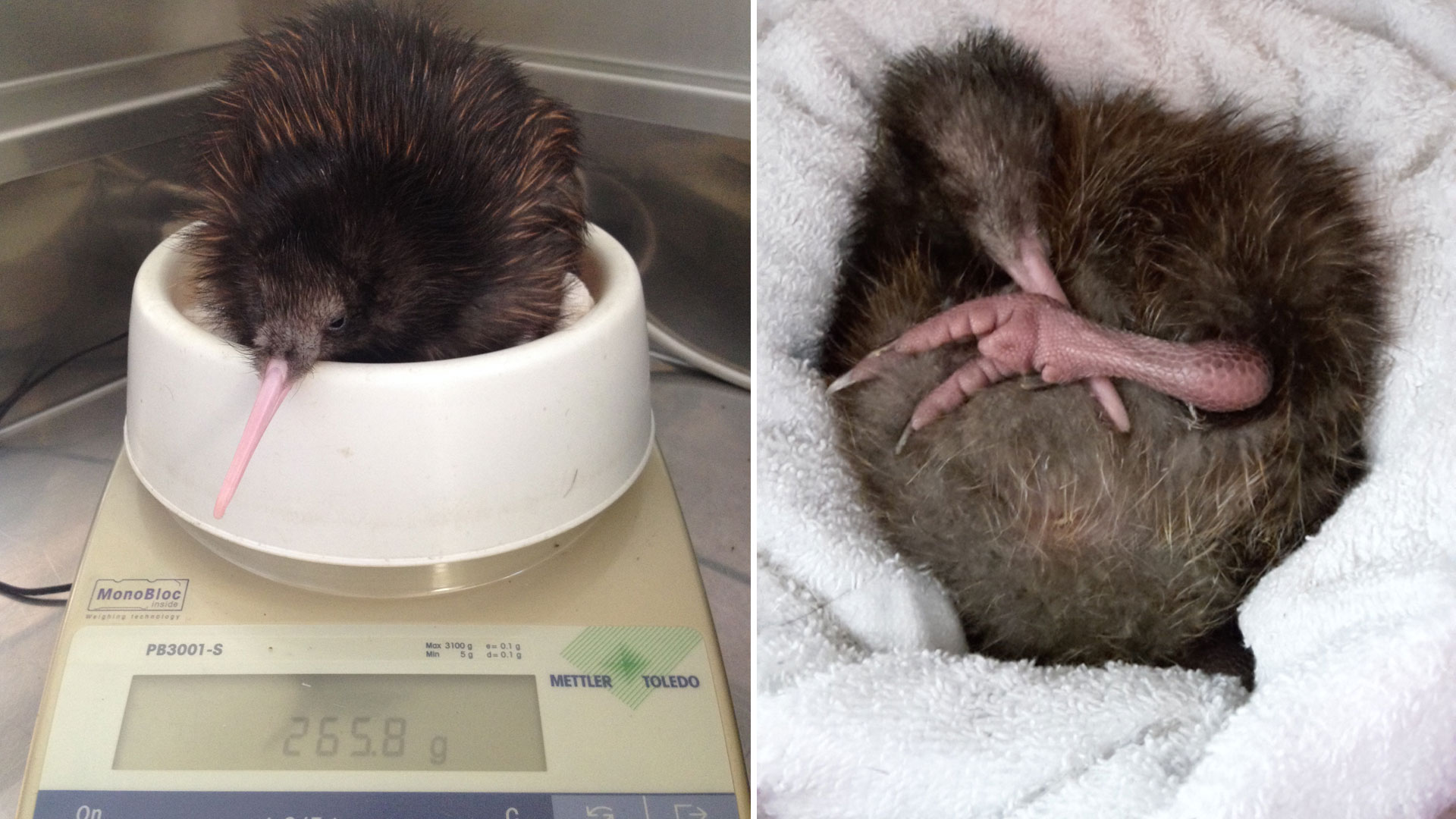 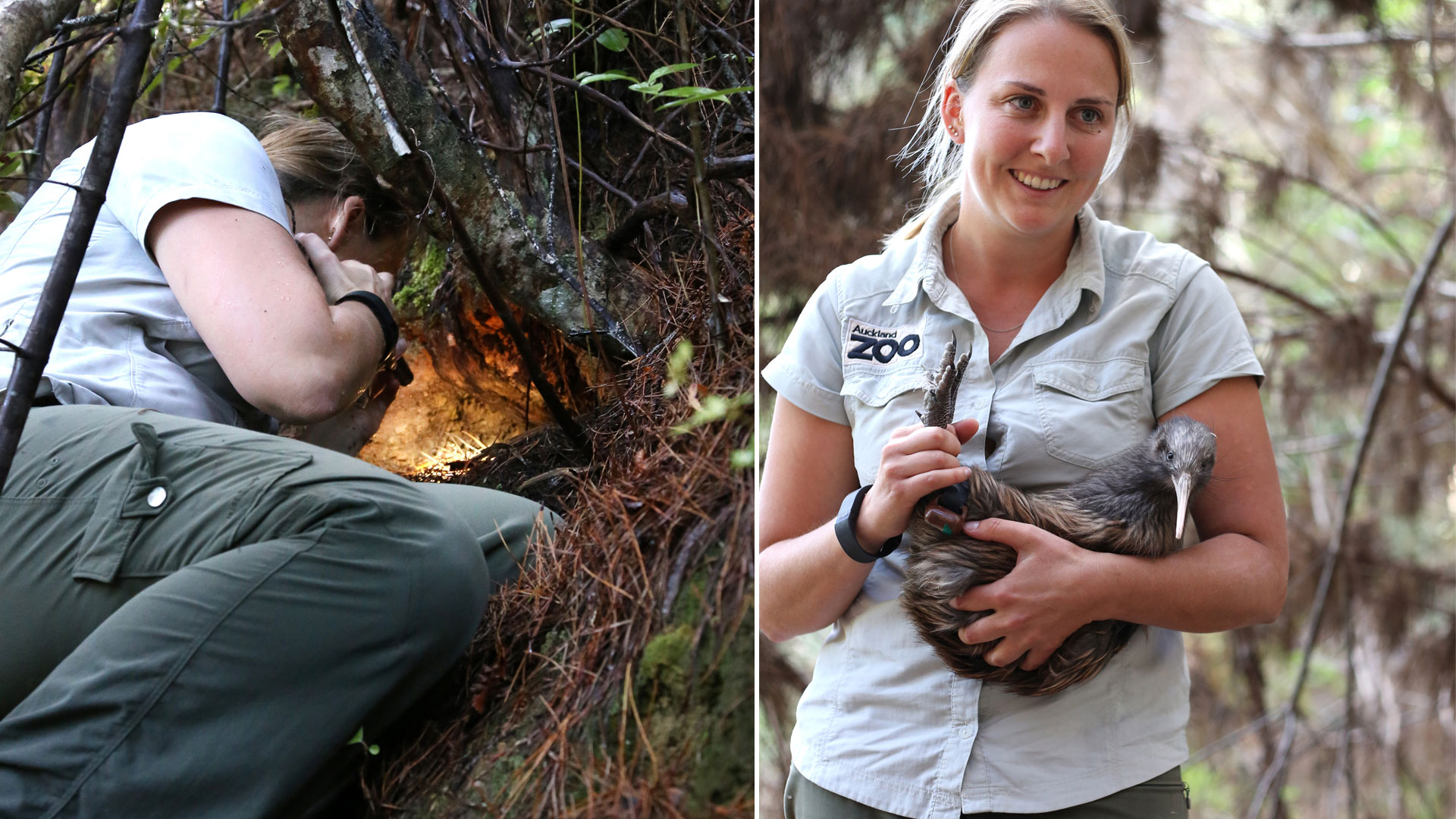 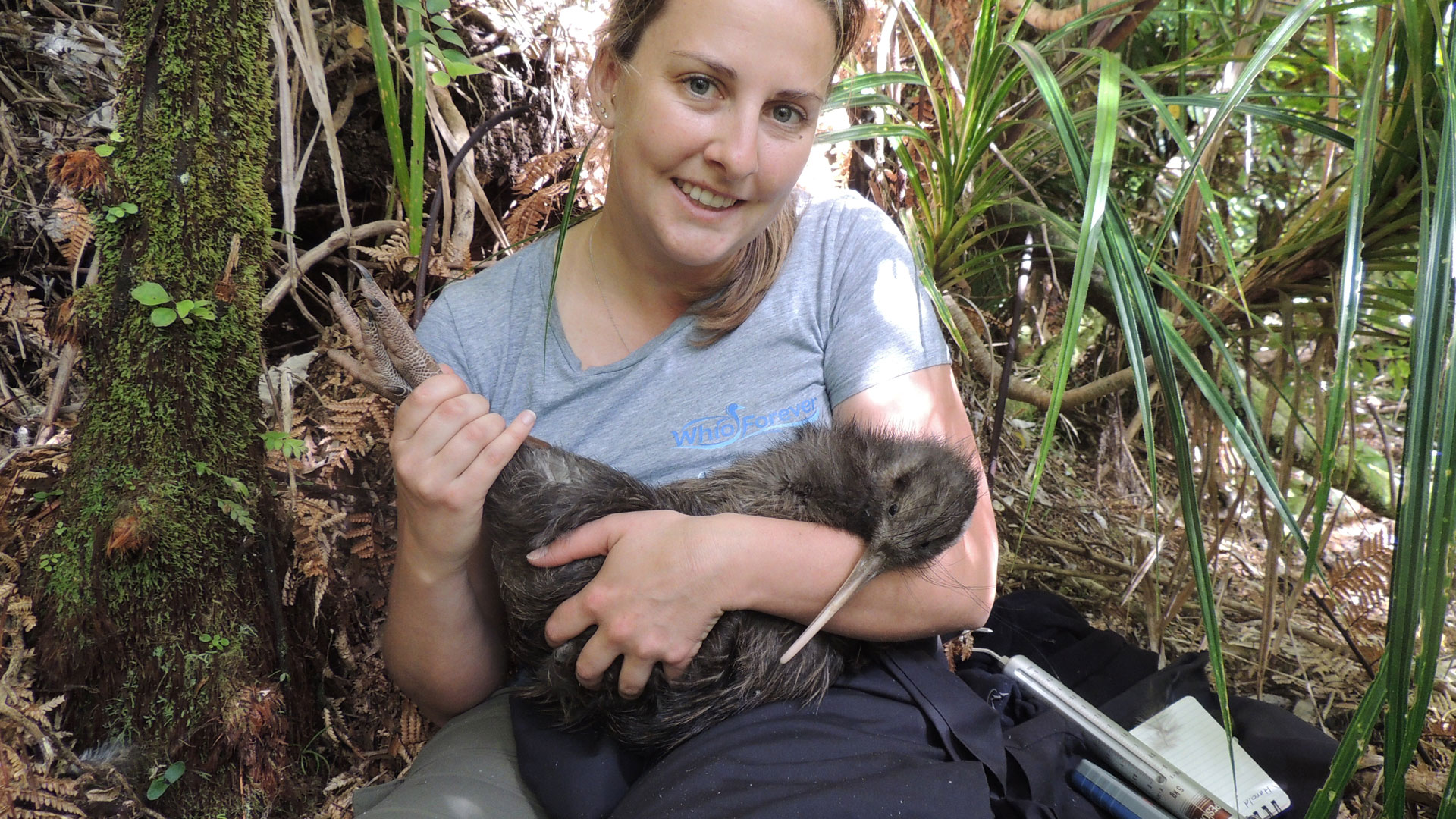 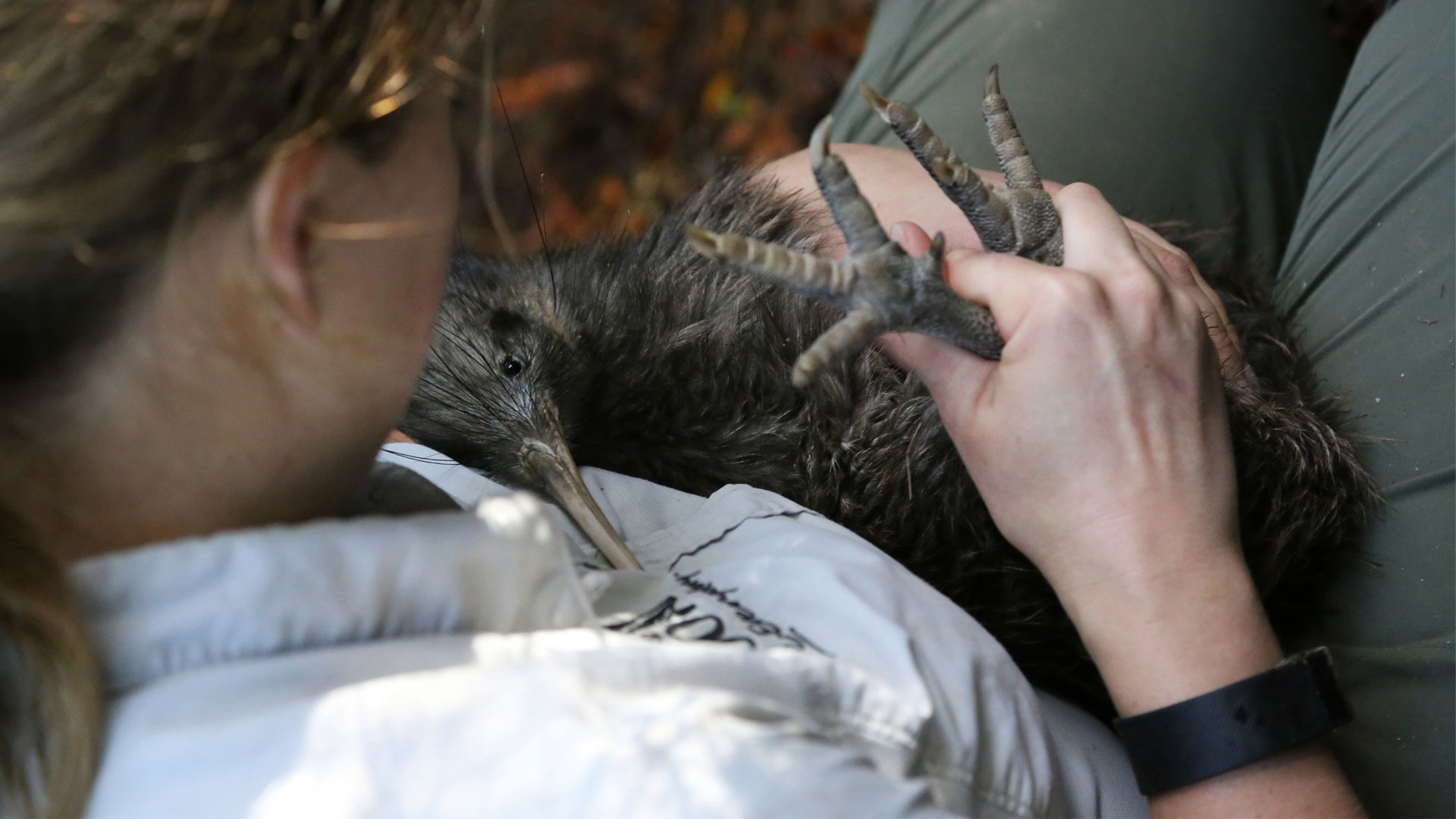 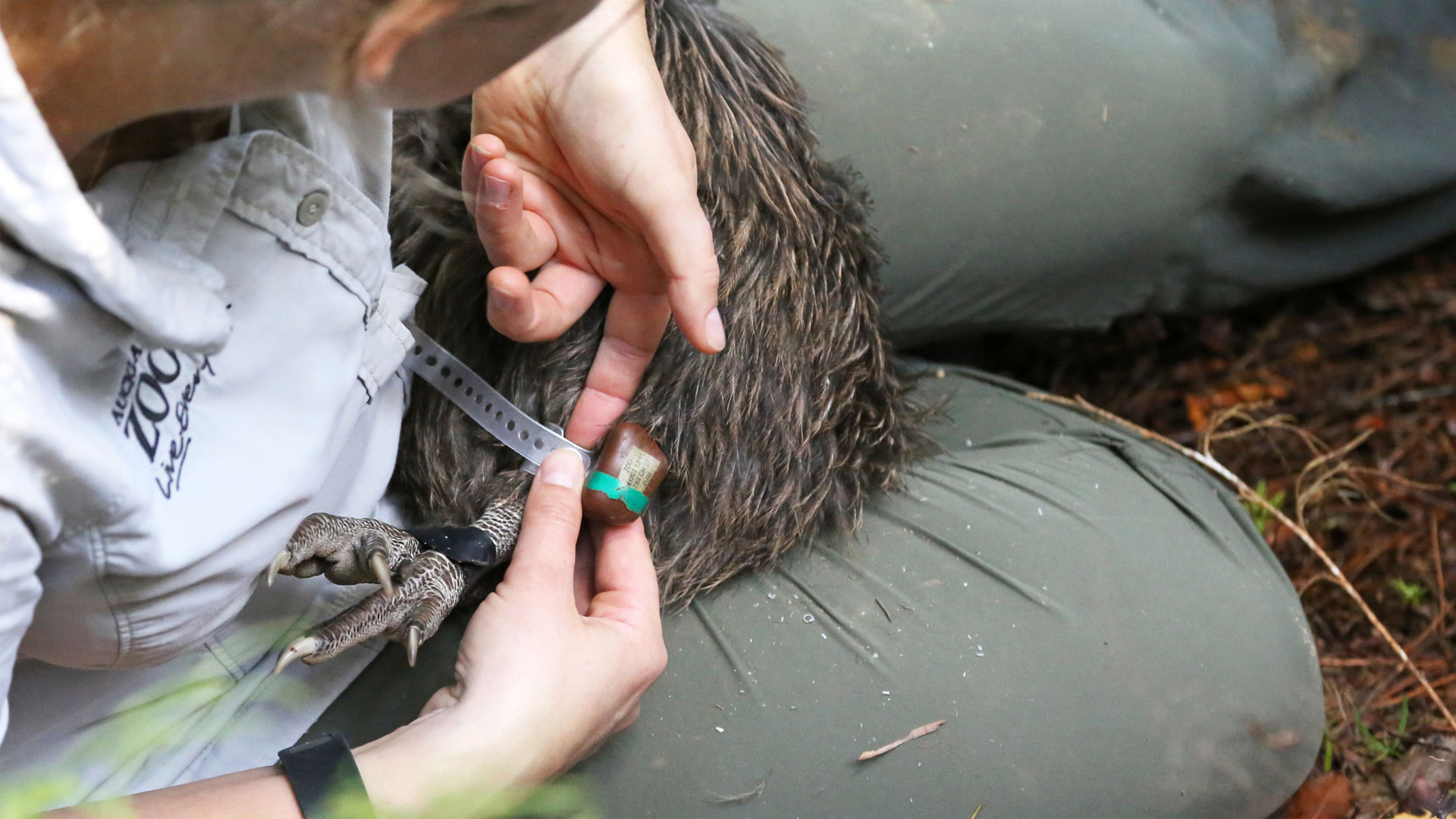 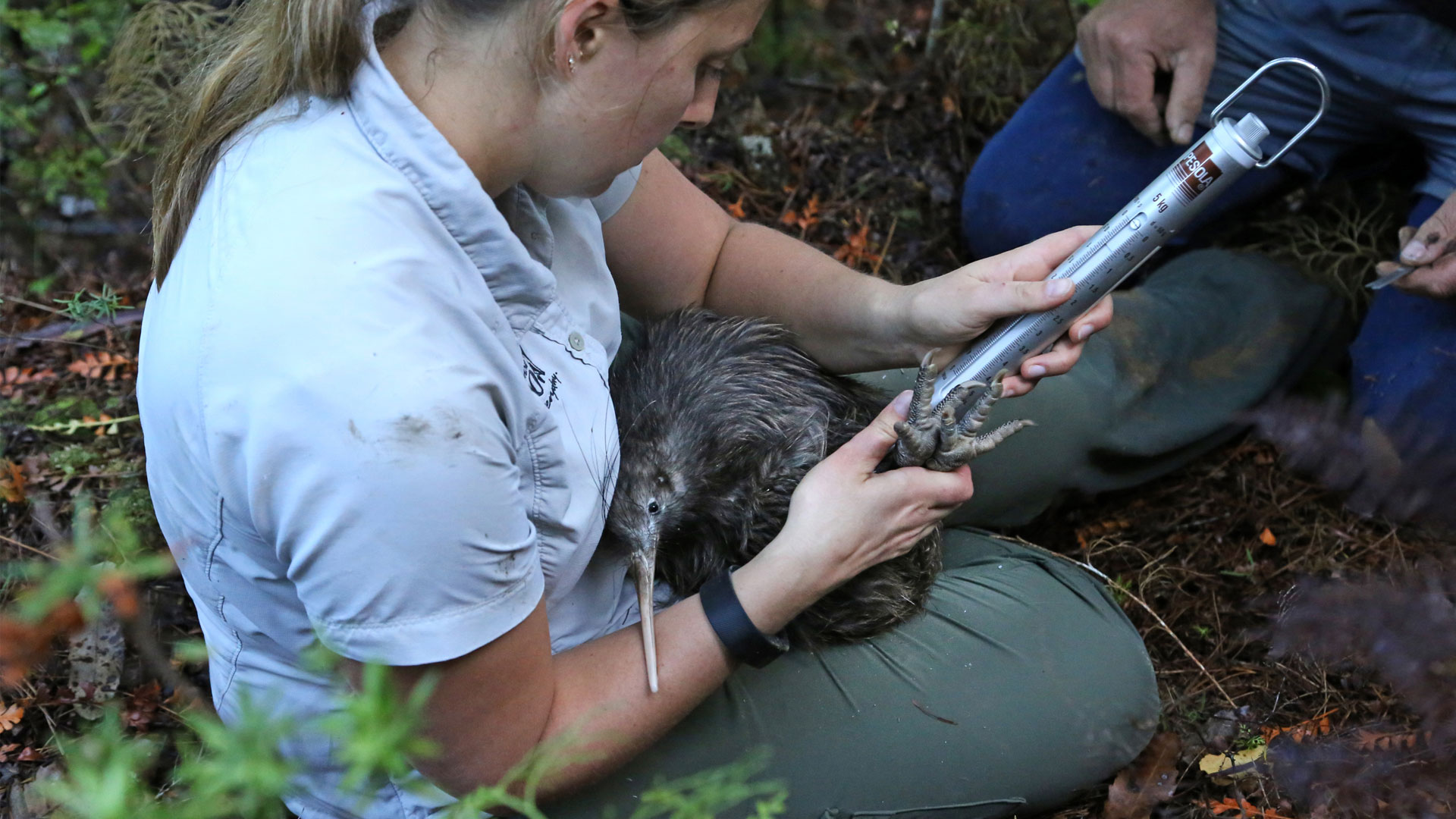 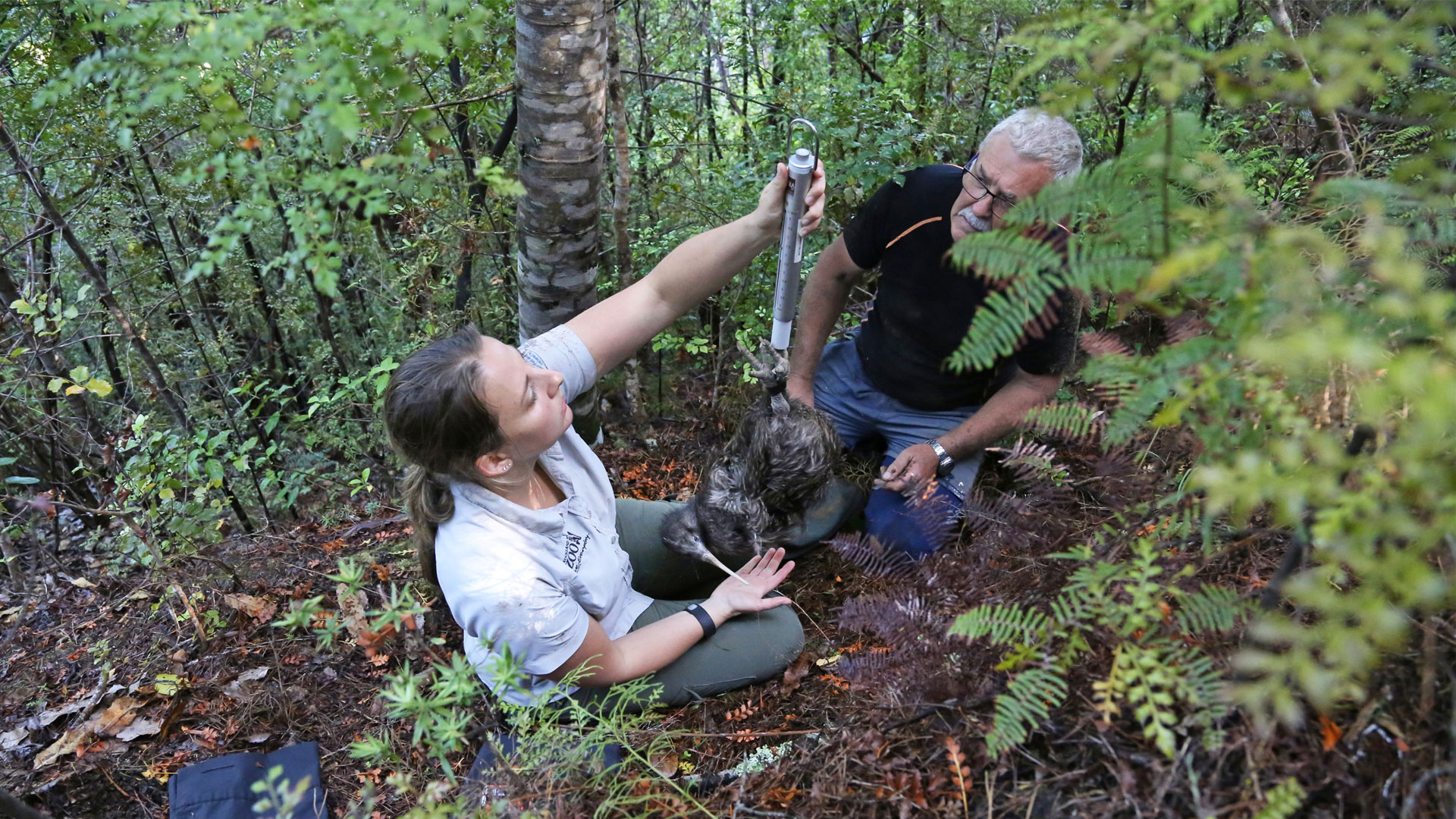 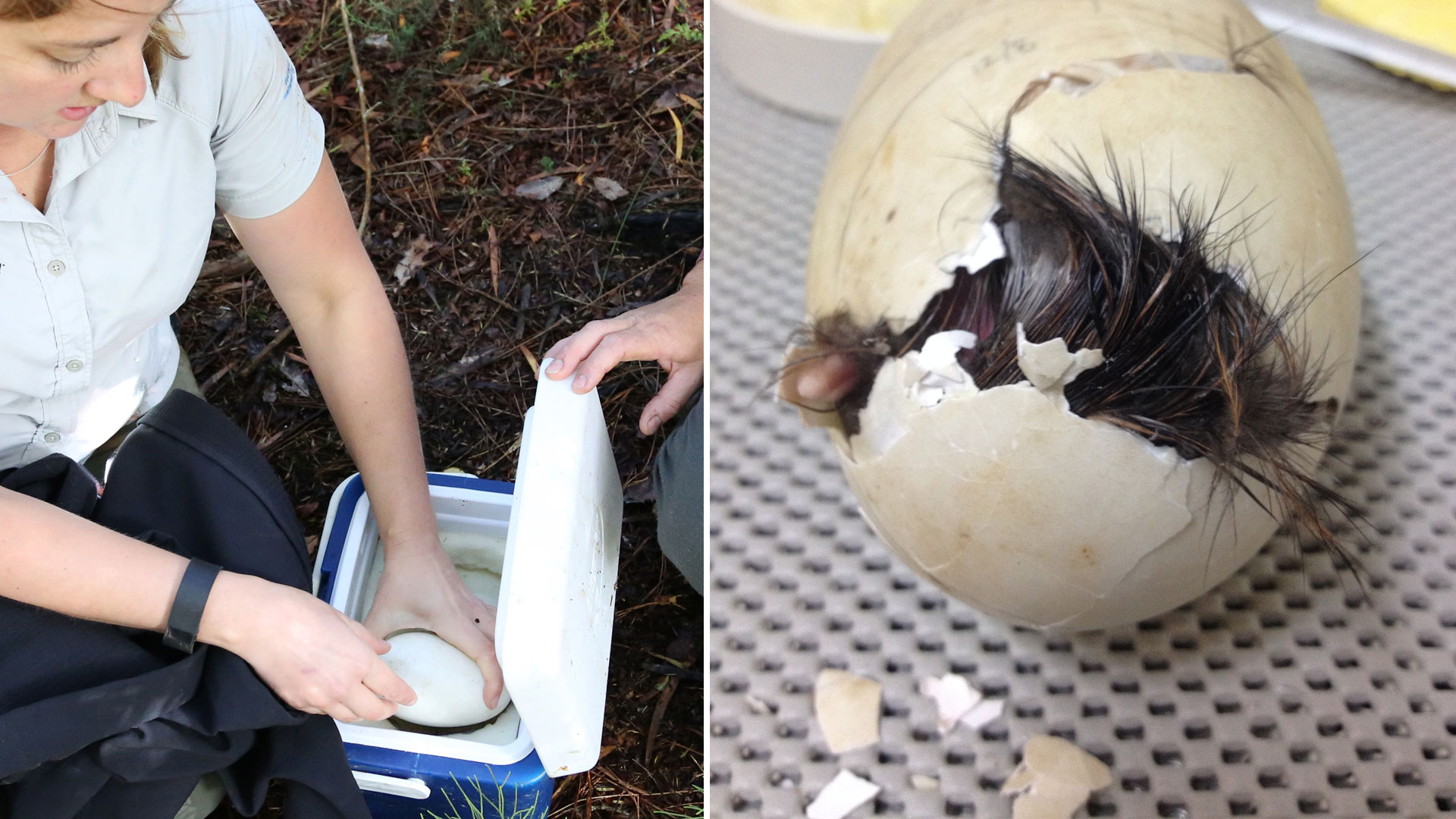 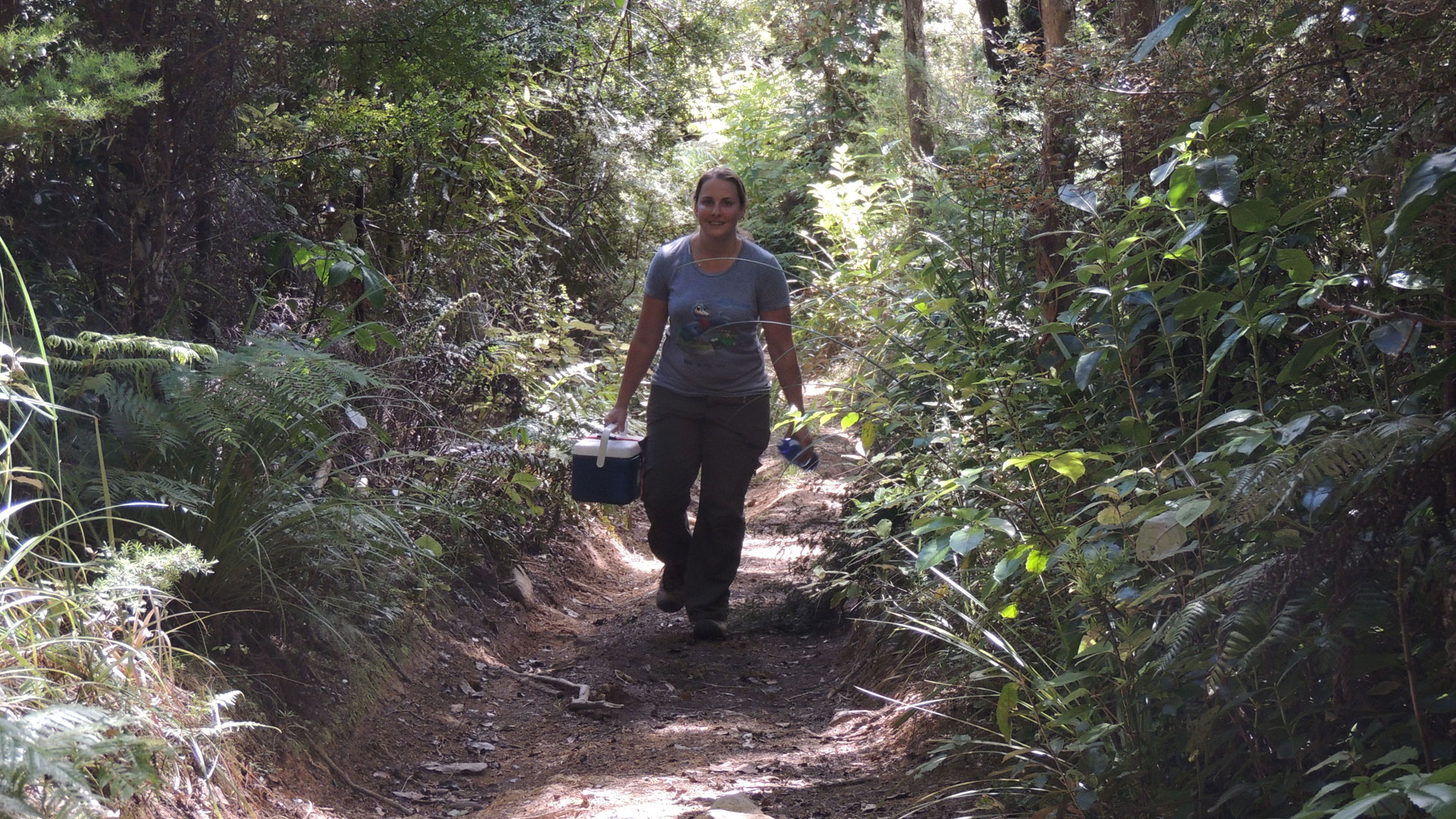 Carefully storing an egg so it can be hatched and reared back at the Zoo.

Carefully storing an egg so it can be hatched and reared back at the Zoo.

Auckland Zoo has been involved with ONE since the late 1990’s and to date we have released 384 Brown kiwi chicks on to crèche and kōhanga islands from Northland and Coromandel sites. I am very fortunate to have been involved in the incubation and hatching part of this programme since I started with the zoo in 2008. In 2016 I took over co-ordinating the programme and became more involved with the fieldwork side of the programme – collecting eggs from under incubating adult males with local community group Thames Coast Kiwi Care and organising kiwi musters to remove sub-adult kiwi from the crèche island and return them to the mainland.

Kiwi lay one of the largest eggs in relation to their body size of any bird in the world. An egg can weigh anywhere up to 500g and is the equivalent to giving birth to a 35 pound baby for a human! The female usually lays 2 eggs per clutch with a 3-4 week gap between laying each egg. The male then takes over and does all the incubation of the eggs, 75-80 days for each egg so a significant commitment for him. For eggs that go through the ONE programme we leave the male to incubate the eggs for as long as possible, waiting for him to have sat for 60-65 days before we collect. A question I am often asked is “don’t you feel bad taking the eggs out from under him?” It’s certainly not a task I take enjoyment from doing, especially after he’s invested so much time and energy into the eggs. However, I know that removing the eggs and putting them through the ONE programme is better for the future of the species. The survival rate of a chick increases from 5% if left out in the wild to hatch to 65% if put through the ONE programme.

One of the highlights of my career was the first transfer of sub-adults (greater than 1.2kg in weight) from Rotoroa Island (the crèche island) back to Te Mata in the Coromandel. It was such a thrill to be able to see how the chicks we’d released had thrived on the predator-free island and to return them to the area on the mainland where we’d collected their eggs from originally, completing the full circle of the programme. This really cemented the importance of the work we’d been doing over the last couple of years. We continue to contribute to this valuable work every breeding season – usually from October through to March.

If you’re interested in contributing to this conservation project there are a few options like visiting Auckland Zoo as a portion from your ticket purchase goes to our Conservation Fund which supports projects like this. We also offer a behind the scenes tour during the ONE season to give people an exclusive look at our incubation facility and to meet one of the kiwi chicks. You can also contribute by volunteering with your local community conservation group and supporting them through checking trap lines or making a donation to support their work.

Meet our precious kiwi chick with a white leg!