How much do you know about our Wild Work? As a not-for-profit conservation organisation, Auckland Zoo is committed to safeguarding our beautiful planet, all of its remarkable species, and spectacular landscapes for generations to come. We bring you #Wildwork Wednesday to show you some remarkable people, undertaking extraordinary work in NZ and abroad.

Most of us have heard about the impact bees have on our world and how important they are for pollinating crops. But you may not know that a significant amount of this crucial pollination is done not by domestic honeybees, but wild bee species! This Wild Work Wednesday, we’re visiting one of Auckland Zoo’s small grant recipients in Nepal to learn more about the citizen scientists on the ground searching for bumble bees. These citizen scientists are members of the general public like you and I, getting out into nature, learning about their local ecosystem, and collecting data about the natural world to assist with research and species recovery.

Bumblebees are the clumsy critters of the bee world, happily buzzing into your windows or politely ricocheting off you while you’re out walking, literally fuzzy and figuratively confused on which direction they’re going. And we don’t know how many species are out there. This lack of knowledge on bumblebees is seriously limiting conservation efforts. So, Auckland Zoo has partnered with Resources Himalaya Foundation and an expanding network of citizen scientists to study bumblebees in the Kathmandu Valley, and engage the local community with their conservation. By studying bumblebee distribution, conservationists are now able to see incredible baseline data for bumblebees in Nepal – a first for this region!

Initially the study participants tried to identify every bumblebee species they collected using a field guide, but this proved too difficult. So instead, individual bees were carefully captured and put into an ice box, making them sleepy enough so that the citizen scientists could stage a ‘bee photoshoot’ and identify them later. Bee hotspots were recorded, as well as which flowers the bees were feeding from, showing which plant and bee species depend on each other. “Only when we understand every threat to the species, can we formulate an all-encompassing conservation plan to protect them,” says project leader Binita Pandey.

Reaching out to the local community, the Resources Himalaya Foundation handed out a questionnaire asking people about their pesticide use and what they knew about bumblebee decline. Amazingly the study showed that 79% of people reported using pesticides in their fields with most of the respondents not knowing anything at all about the decline in bumble bee populations. Only 15% reported that they knew pesticides were a threat to the species. Because of these findings, three citizen scientist groups were formed to help host in depth discussions, and the program reached out to involve local schools in the effort, which was very well received! Conservation education is critical for introducing children to the natural biodiversity of the world around them and shows them the beauty and value of native species, engaging them in their conservation. The schools hope that programs like this can return in the future. “People in Nepal are keen to learn more about Bumblebees,” Binita says. “This is a big step in the long journey to protect the species.” 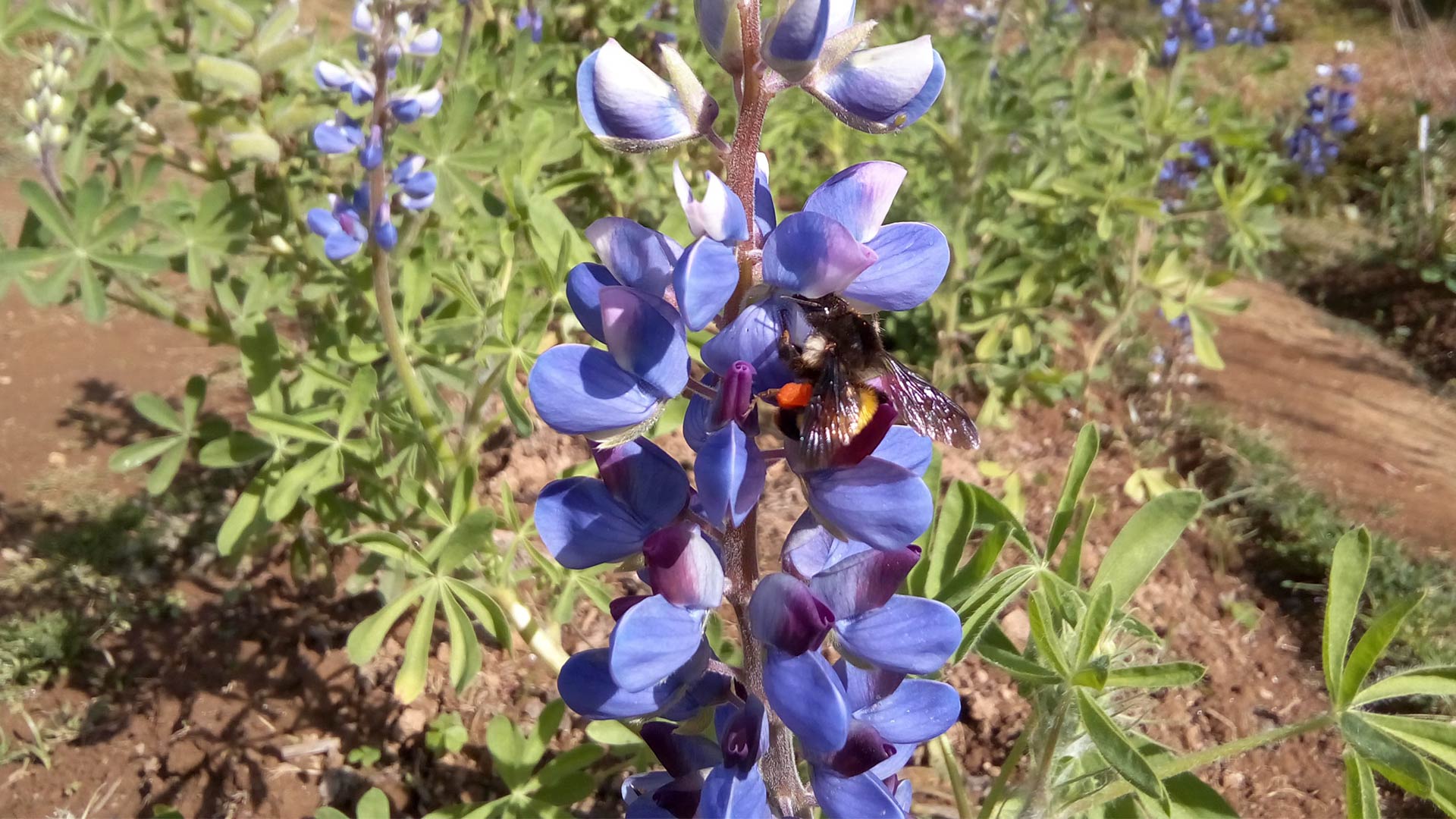 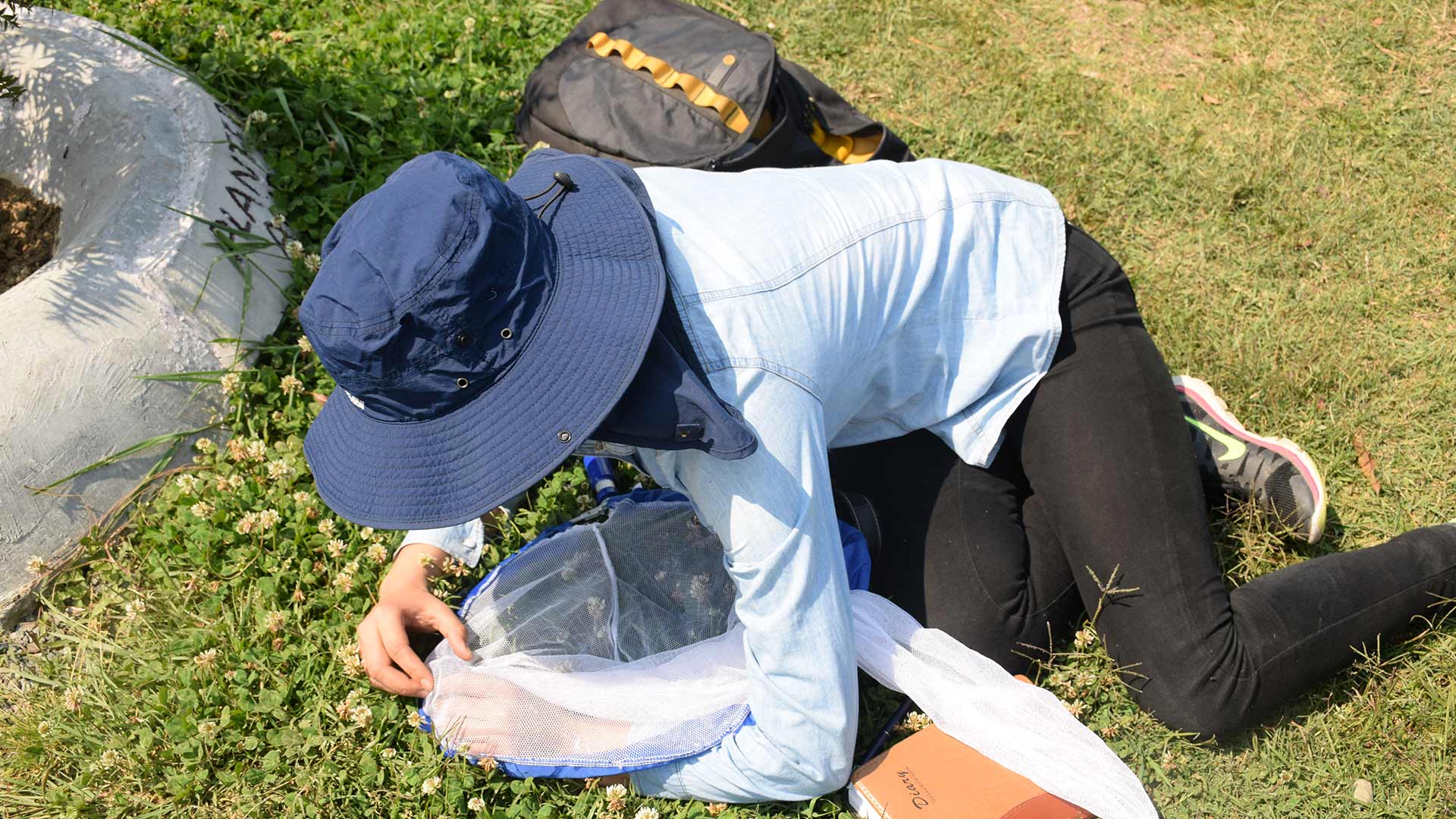 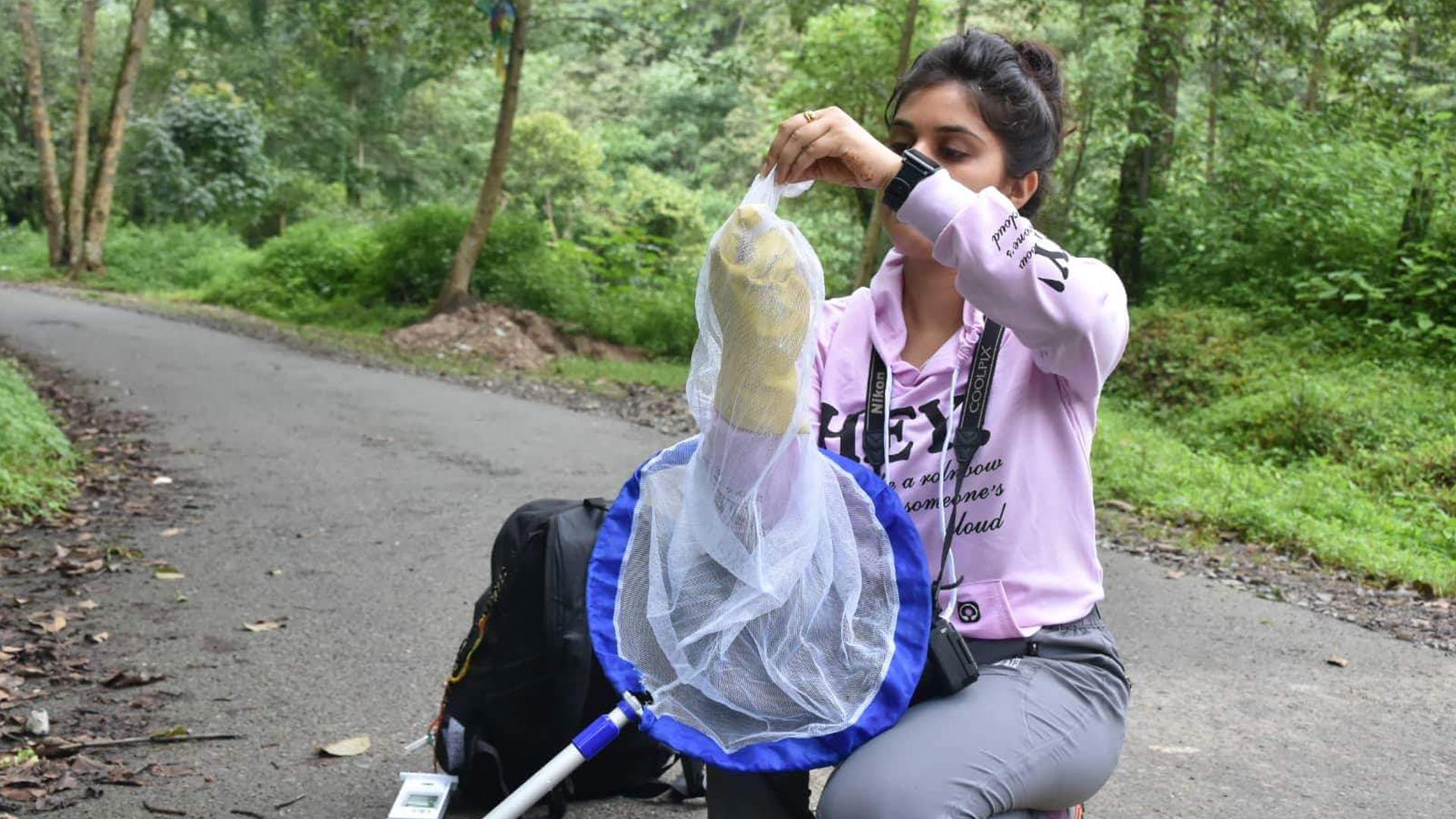 One participant partaking in field sampling

Another example of field sampling

One participant partaking in field sampling

Another example of field sampling

If you’d like to explore the bee wildlife closer to home, Aotearoa is home to 28 species of native bee. Our native bees might look a little unexpected – unlike honeybees and bumblebees, they aren’t striped, and can look similar to flies! But make no mistake, these pollinators are essential for the health of our native plants, and with numbers declining they need all the supporters they can get. If you’d like to help native bees in your area, it can be a simple as planting natives in your garden.

Our native leeches are bloody amazing!

No Grant Too Small