It’s #WhioAwarenessMonth – the perfect time to update you on this exciting duckling release!

You may remember this precious whio duckling that hatched at the zoo late 2019 and, being the only duckling of his clutch, quickly made friends with a pāteke duckling that also hatched around this time (our keepers called this friendship the bird version of Milo and Otis!).

Since we’re also part of a breed for release programme with Department of Conservation for pāteke, it wasn’t long before this duckling was set to leave for Christchurch with his five siblings, leaving the whio by itself once more. Because of this, our keepers decided to send this whio duckling to Tongariro National Trout Centre at 7 weeks of age (earlier than the standard 10 weeks) so that he could integrate with the whio group there.

Our bird keeper Sarah says that while he was at Tongariro he put on lots of weight, lost his fluff, gained his adult feathers and was behaving ‘like a wild duck should’. Making him ready for release into the wild.

Five ducks were released around this time that are now enjoying life in beautiful Taranaki – Tahi and Rua from Pukaha Mt Bruce, Toru and Wha from Staglands (you can see the theme here) and this duckling from Auckland Zoo that the DOC rangers named Paddy as they found a lucky four leaf clover the day he arrived!

Every time you visit the High Country whio at Auckland Zoo, you’re also enabling our staff to put their zoo-skills to use breeding, raising and releasing native ducks into the wild with our conservation partners – ka pai!

Learn more about the activities you can get involved in this month here - www.doc.govt.nz/…/eve…/national-events/whio-awareness-month/ 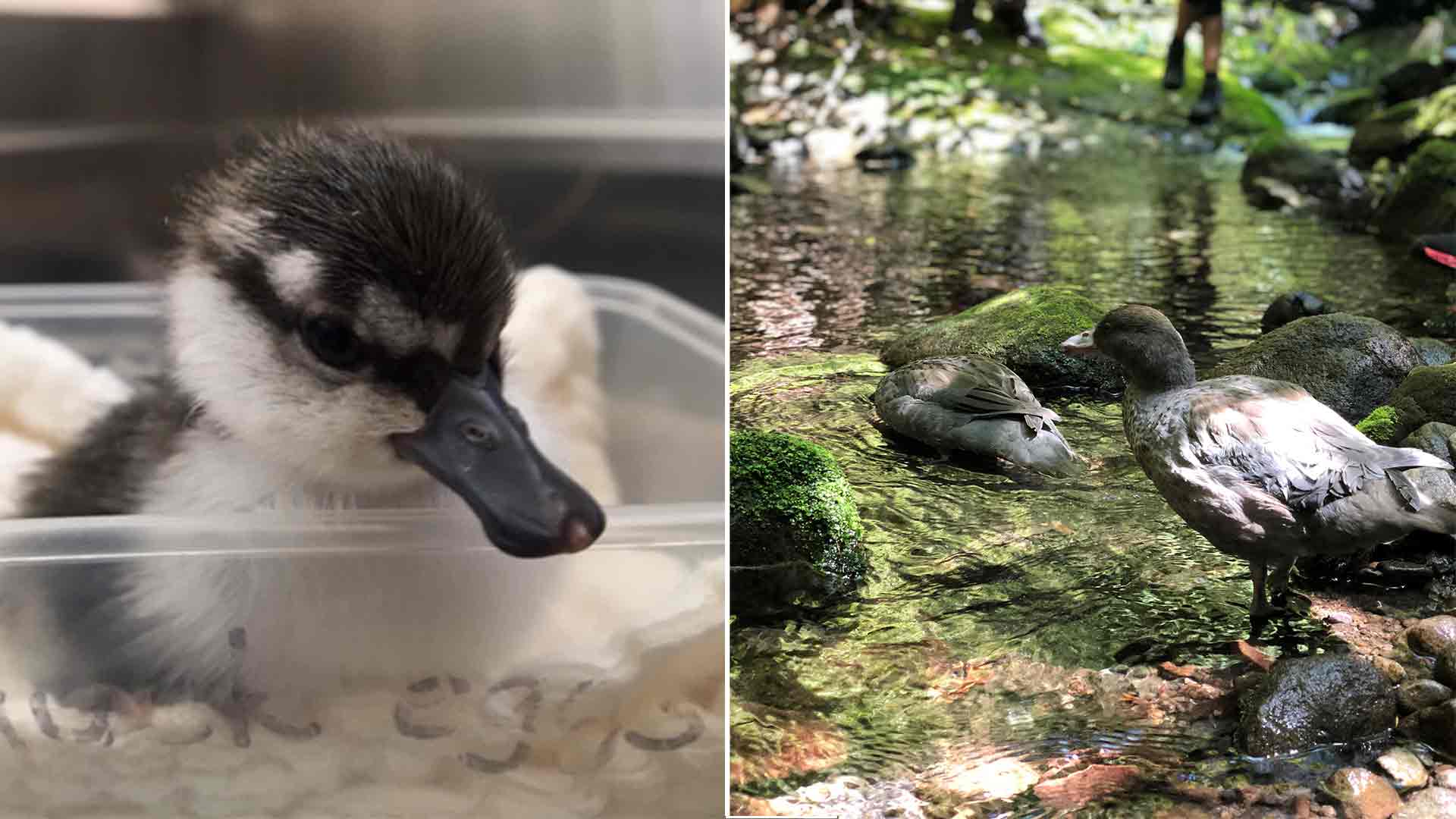 From fluffy ducking to ready-for-release!