A brave little ruru fledgling that broke the tip of its beak while learning to fly on Rotoroa Island in early December and spent six weeks at Auckland Zoo, is now flying high back home!

Rotoroa Island manager Kevin Rigarlsford alerted Auckland Zoo bird keeper and Rotoroa’s summer ranger Michelle Mudford on 4 December when he discovered the young morepork huddled in a corner of the island’s visitor centre deck. (The centre is close to large mature trees with cavities that are perfect for ruru to both roost and nest in).

“It looked as though it had tried to fly overnight, and hadn’t quite got the hang of it enough to get up to roost with mum and dad by the morning, so we kept it safe and cool in a box for the day, and being nocturnal, set it free in the evening,” says Michelle.

Michelle explains: “Mum came down and stayed with it until it started flapping its wings and trying to fly again. At one point it appeared to hit its head on the centre’s roof and fall to the ground, but got right back up again, and a second adult came to its rescue – we think dad. The next morning I received another call from the managers explaining it had popped out of the bushes, and was displaying a lot more attitude. However, I was able to get close and pick it up to check it, and it was then we discovered its beak injury.”

“When I was a kid I used to rescue injured birds from my backyard and I guess I never really stopped, my back yard just got bigger. Seeing this little guy fly off into the darkness on Friday night took me right back to being a kid again. That's the beauty of animals,

Ruru rely heavily on their beaks to pull apart meat from prey like mice and break through the hard exoskeleton of things like huhu beetles. Without the crucial hook at the end of its beak, this little ruru was destined to starve to death.

Zoo vet nurse Breeze Buchanan says while not fully grown back, its beak is now perfectly functional for it to survive back in the wild on Rotoroa, and reports this growing bird has also found its wings!

“It came in as a little fluff-ball and initially we had to hand-feed it small chopped up pieces of meat, which we were able to gradually increase in size and variety. Then just before Christmas it started eating by itself, including being able to catch live locusts,” explains Breeze. 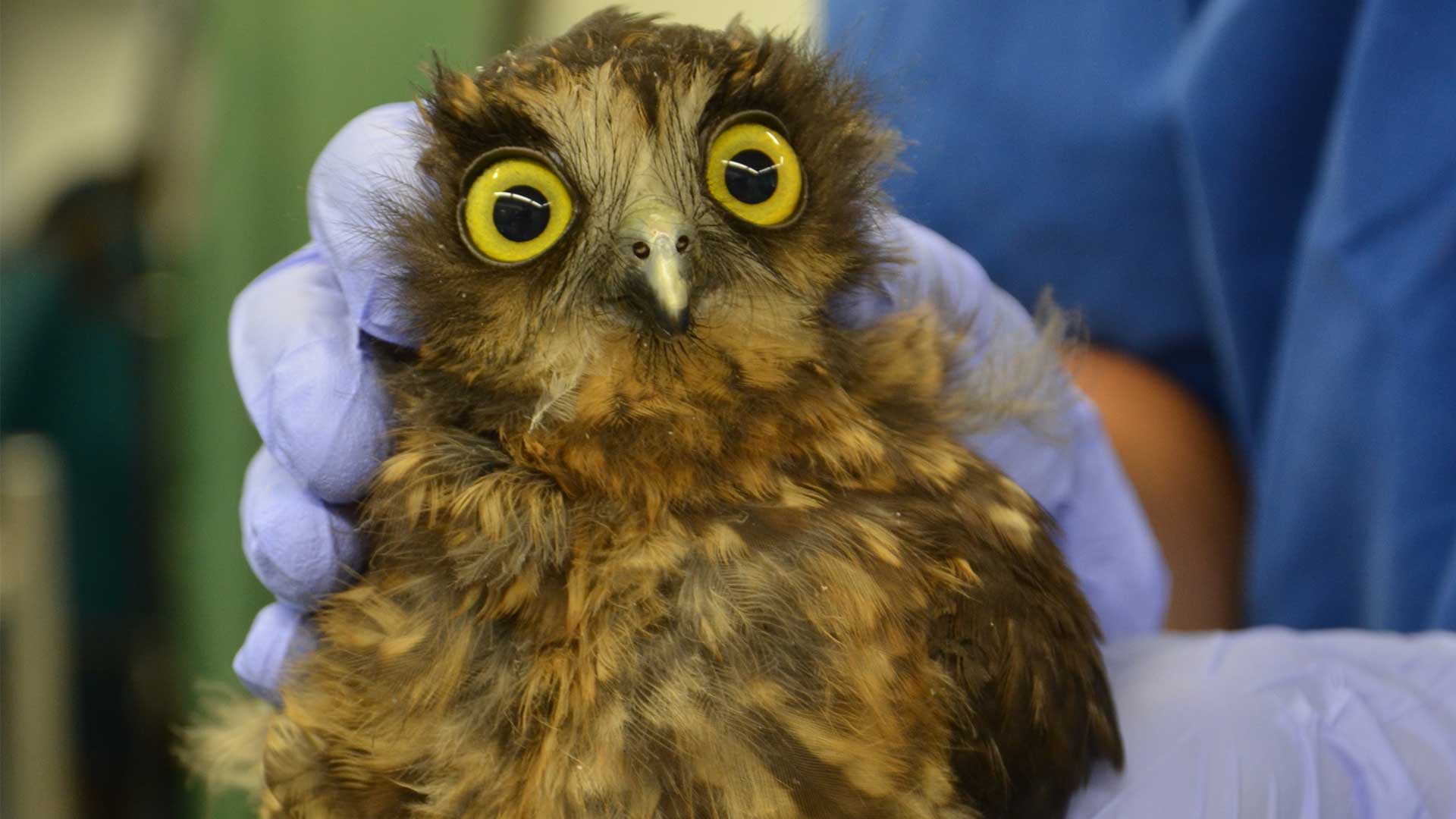 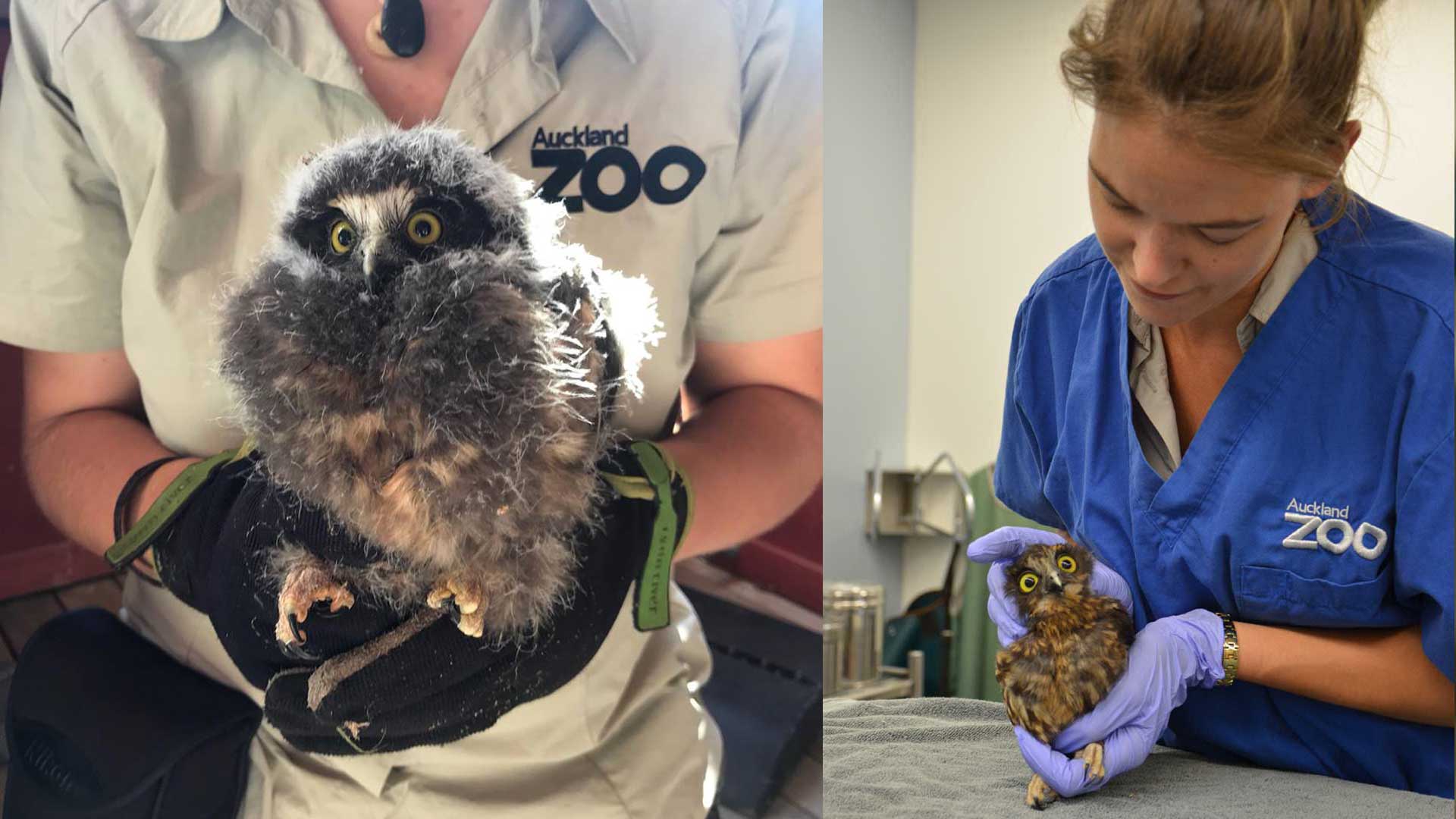 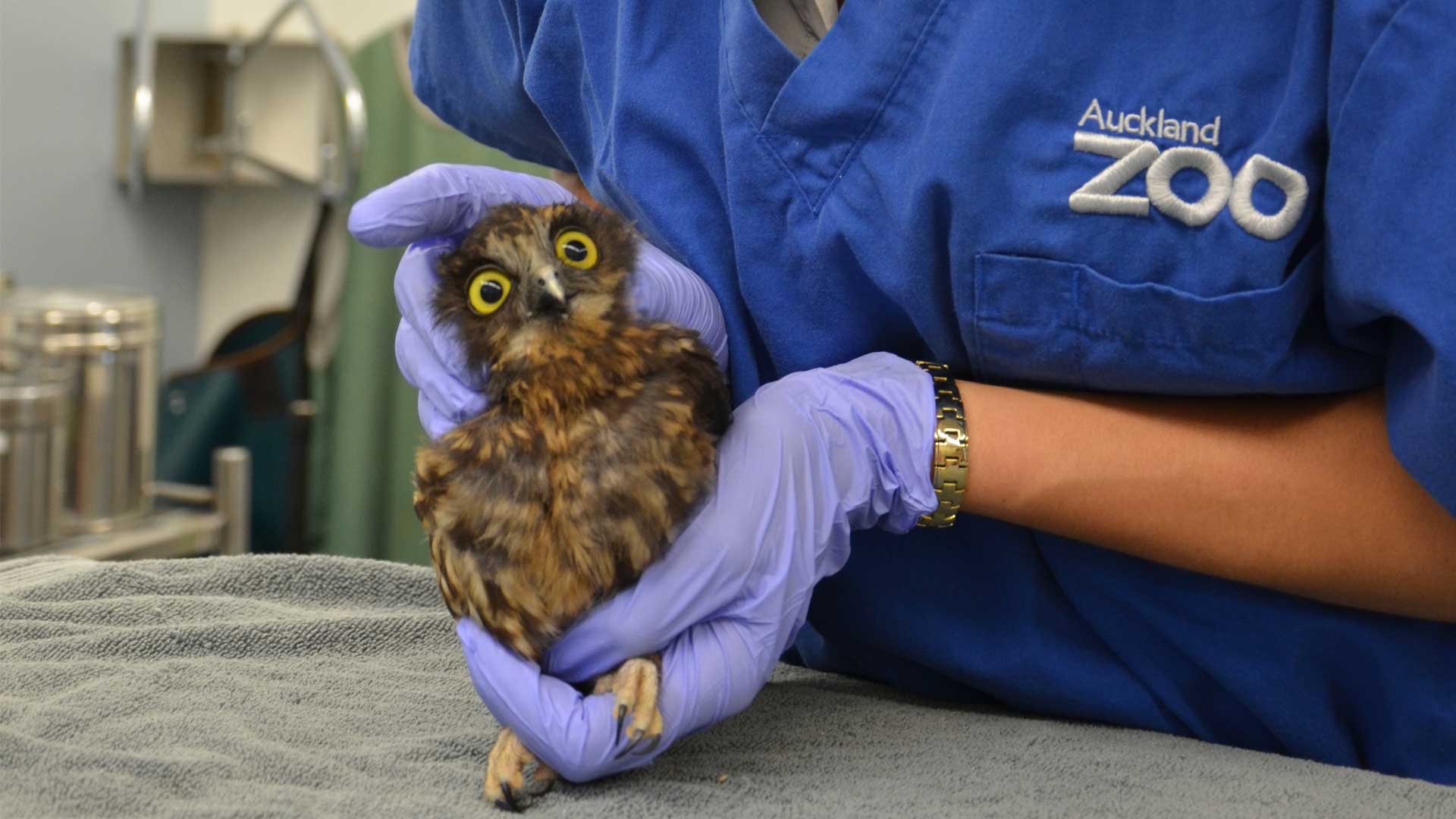 Left image - When the chick first arrived at the vet department.
Right image - The chick being banded at Auckland Zoo's Vet hospital

Left image - When the chick first arrived at the vet department.
Right image - The chick being banded at Auckland Zoo's Vet hospital

By early January, the vet team were able to move it into a large off-display aviary in the Zoo where it’s also been able to get plenty of flying practice and build up its strength.

Rotoroa Island ranger Michelle released the bird on Friday evening (12 January): “It’s been a huge privilege seeing this little ruru recover from being an injured chick unable to fly or feed itself and grow into a fully capable young adult with the help of our amazing vet team.

Since becoming predator-free, Rotoroa Island has seen its bird life increase, so while mice are obviously not on the menu, a diversity of invertebrates provides a good diet for ruru.