Your zoo visits have helped to rediscover a species that was thought to be extinct! The silver-backed chevrotain (Tragulus versicolor), also known as the Vietnam mouse-deer, was lost to the world for close to 30 years until passionate conservationists set out on an intrepid journey to look for them.

In 2017, Auckland Zoo was approached by conservation scientists at Global Wildlife Conservation and the Ho Chi Minh University of Science in Vietnam to help fund their efforts to locate one of the world’s smallest ungulate species, and one that science had all but forgotten. We were able to assist them with this project through Auckland Zoo’s Small Grants Programme, which provides support for projects with a clear conservation value and is entirely funded by your zoo visits and donations. 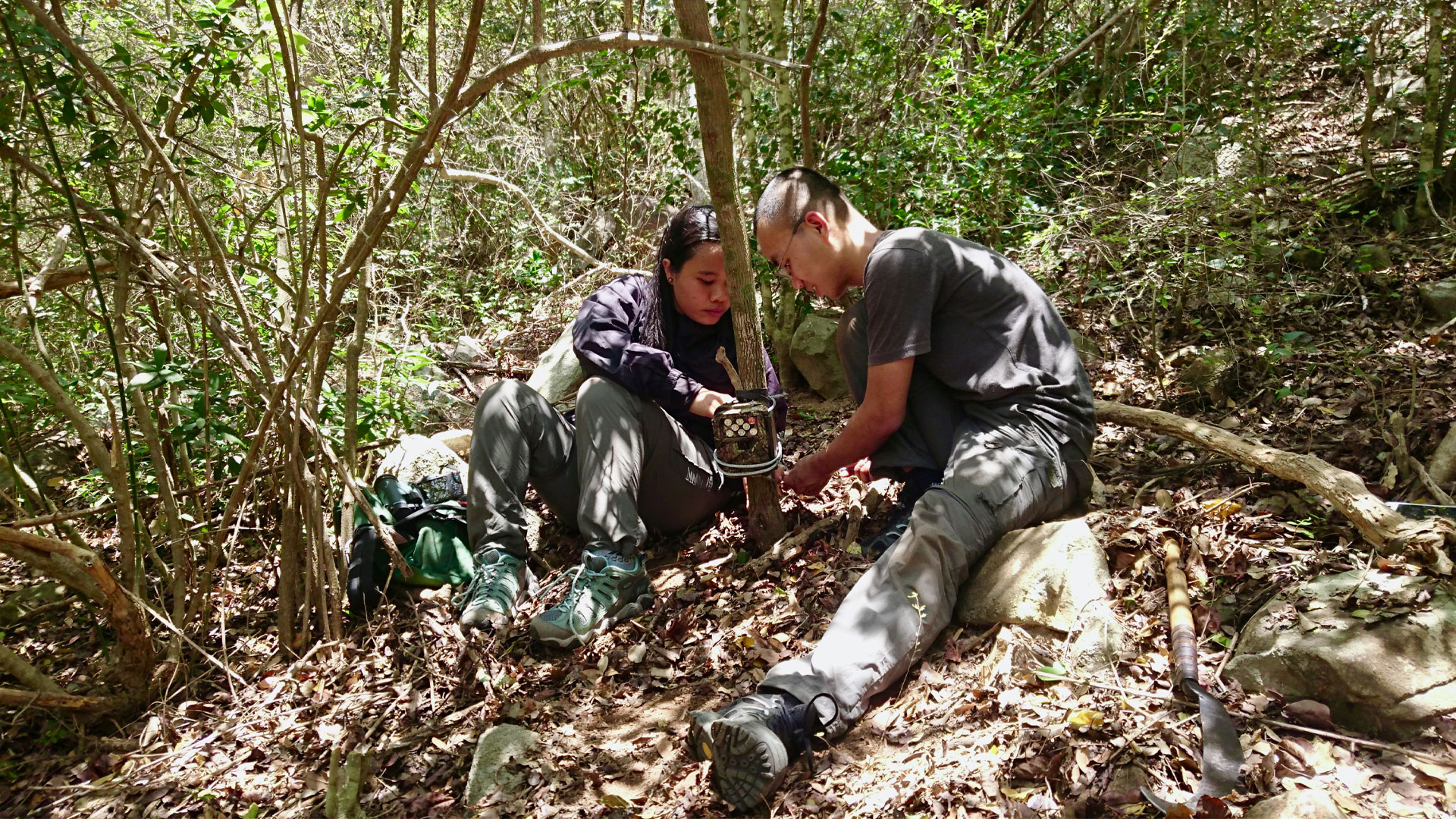 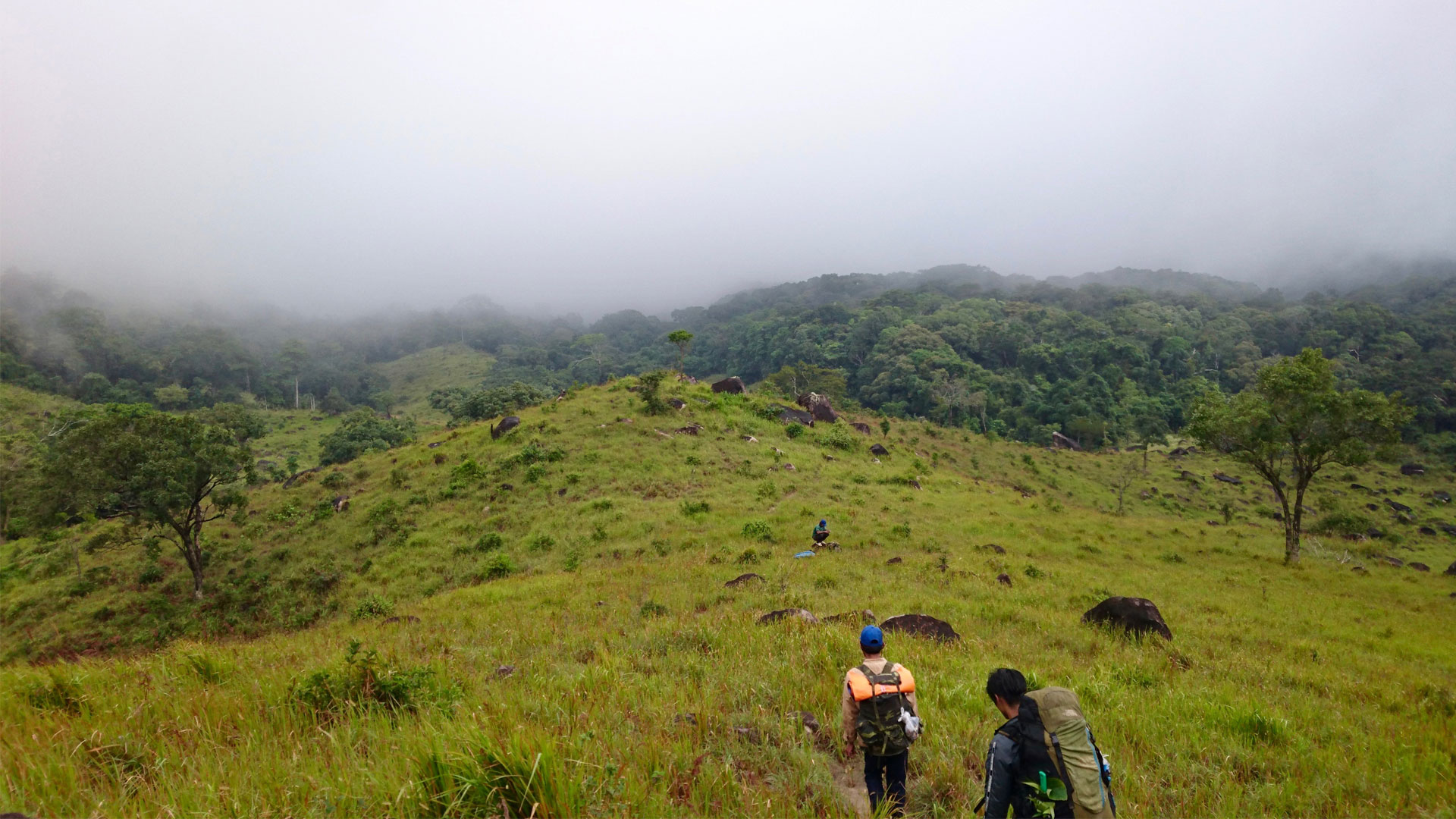 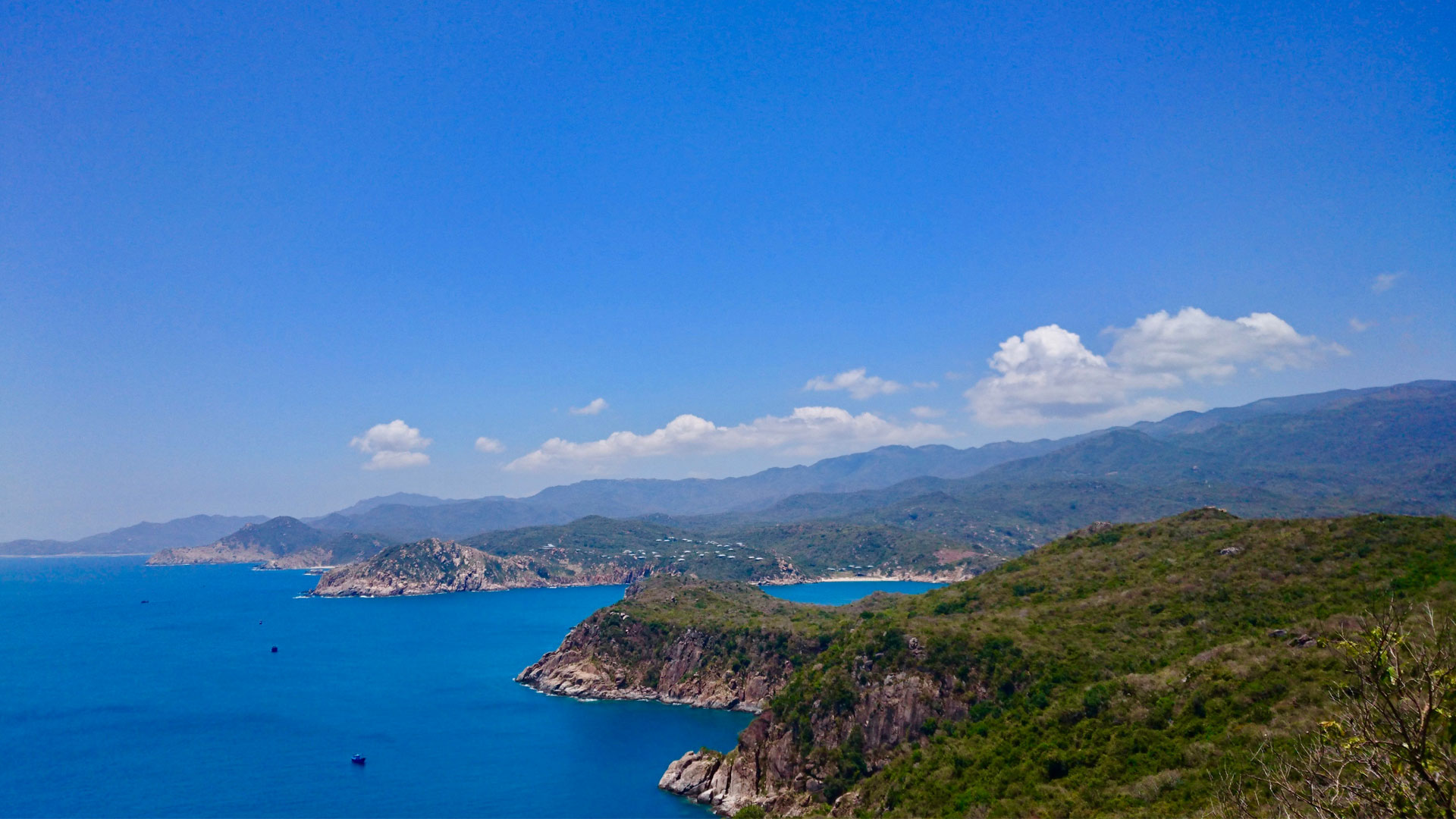 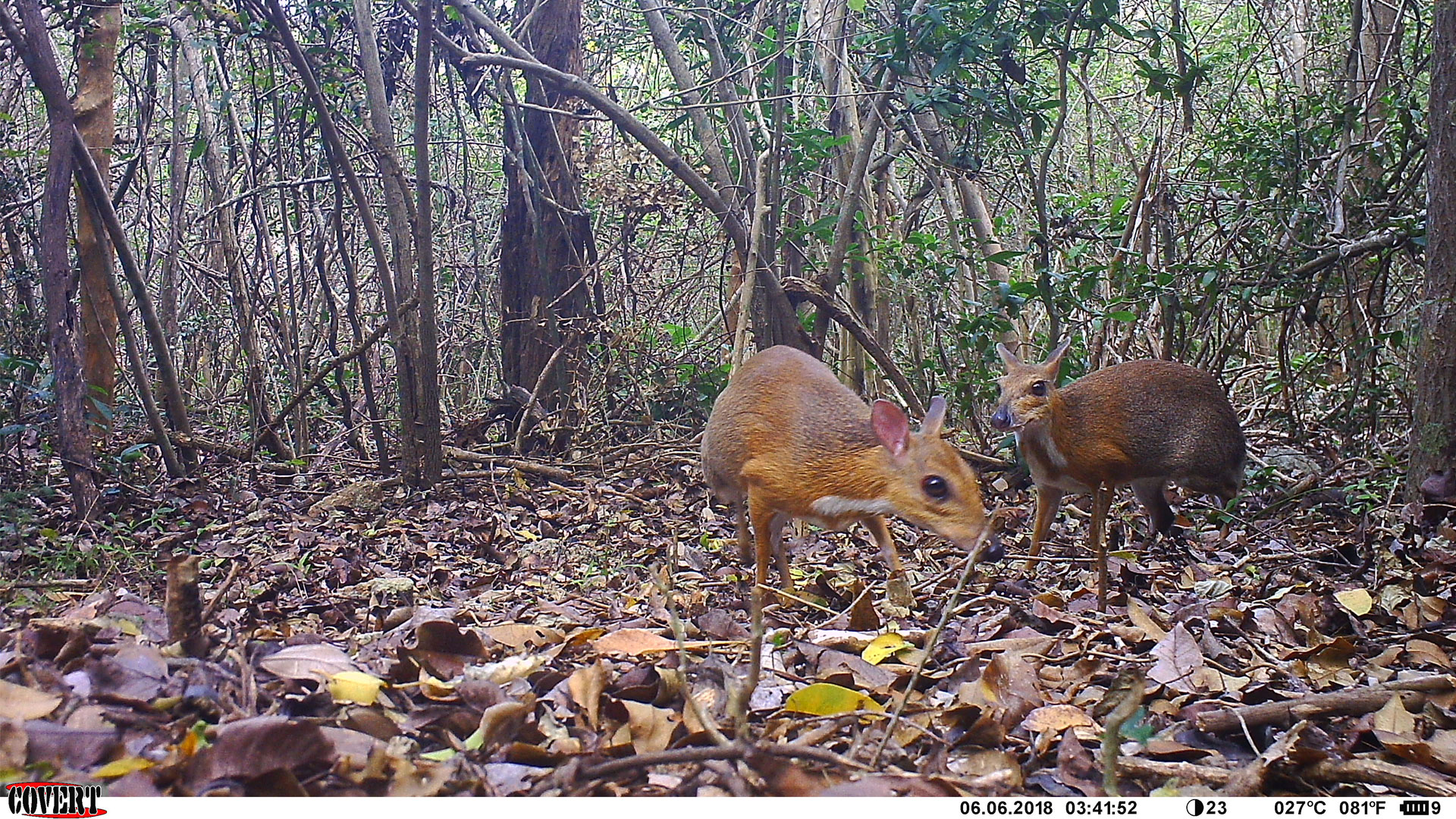 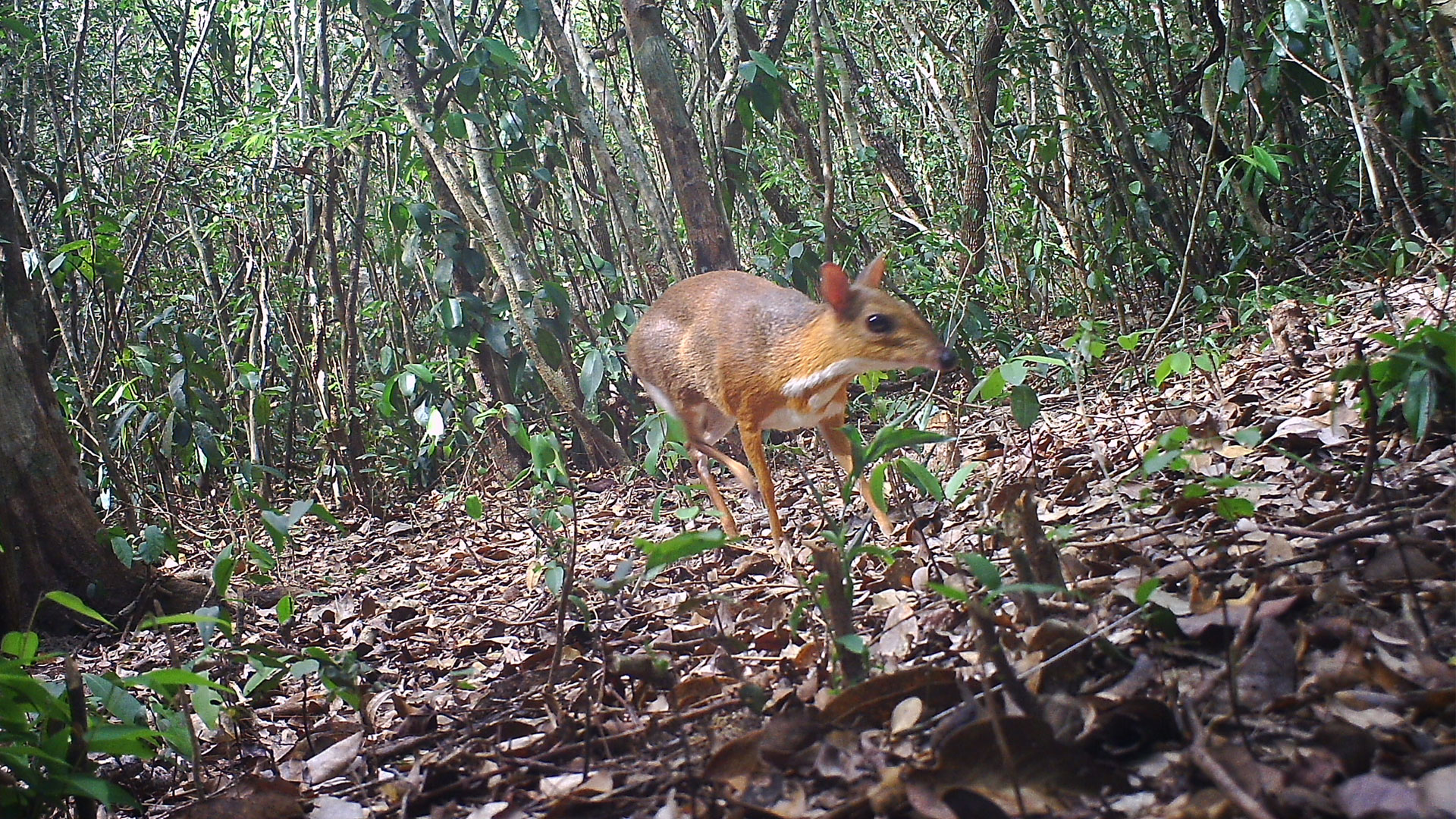 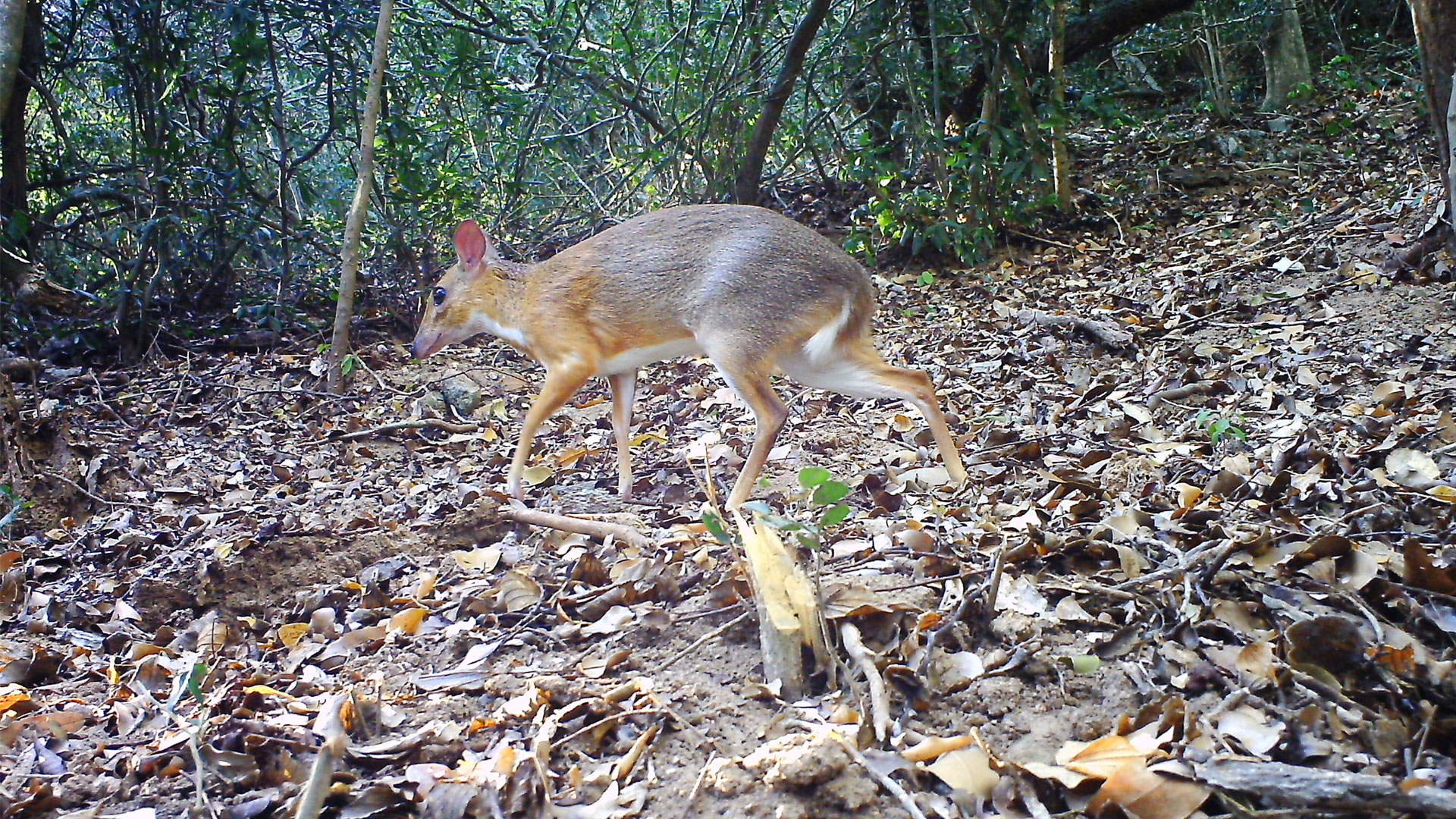 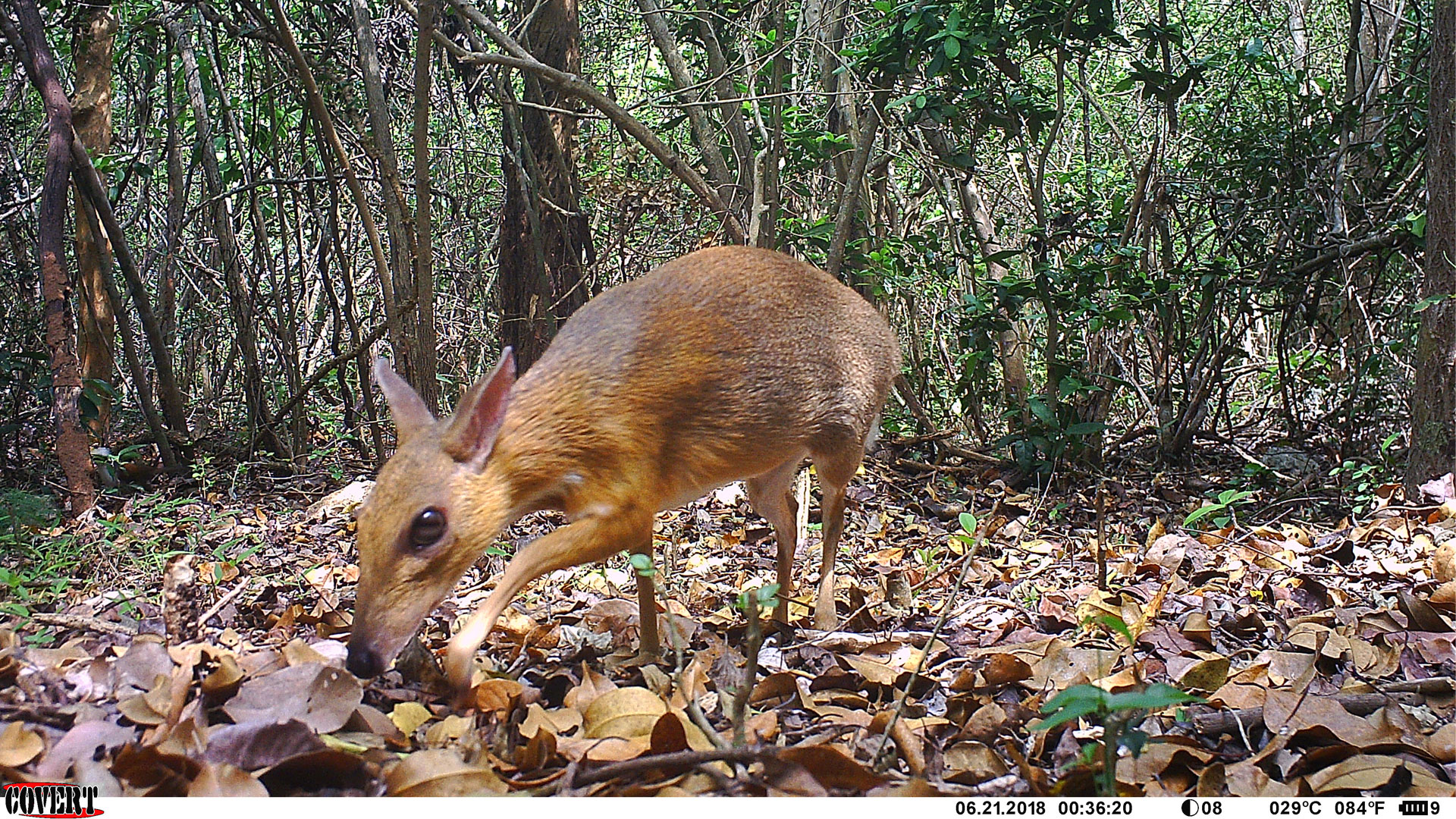 First described in 1910, the silver-backed chevrotain is only found in Vietnam and before this research project, next to nothing was known about their ecology, conservation status or even whether they still survived. Without sufficient data on a species it is hard to create a conservation action plan to save it and the International Union for Conservation of Nature (the global authority on the status of the natural world and the measures needed to safeguard it) currently lists this species as ‘data deficient’. The long-term goal of this project seeks to collect real data that can be used to safeguard the future of this species.

The silver-backed chevrotain is small for a hooved mammal and, as its name suggests, is covered in distinctive silvery-grey hairs with white markings on its neck and rump. Chevrotain itself is a French word that means ‘little goat’ and there are ten chevrotain species in total which can be found in the forests of South and Southeast Asia. Despite their colloquial name of ‘mouse-deer’, this species is neither mouse, deer, nor goat, belonging to the family Tragulidae.

The silver-backed chevrotain seemed outnumbered by threats – was it possible it could still be alive? The forests of Vietnam are ravaged by poaching and hunting, and vast tracts of land have been cleared for urban development, timber logging and agriculture – all reasons that conservationists weren’t very optimistic of a positive outcome to this project. However, interviews with locals provided anecdotal evidence of a `small deer’ with a similar description spotted in the fragmented coastal forests of southern Vietnam, so this is where they set out.

Camera-trapping is used all around the world by conservationists as a non-invasive method to monitor wildlife in a specific area. Trail cameras come equipped with motion sensors and when wildlife passes in front of the camera, they get their photo taken. These cameras can be set up and monitored within a predetermined time frame so that accurate data can be collected about what kinds of species reside within a certain habitat. This allows for wildlife to be observed in their natural undisturbed state, with as little human interference as possible.

Scientists initially installed three cameras and cheered on by seeing the first images of the silver-backed chevrotain, they went on to install a further 29 cameras that recorded a staggering 1,881 photographs – but it is not known yet how many individual animals this represents.

The images and video evidence of the silver-backed chevrotain in situ is something I never expected to see. Despite all the threats this species has had to face and our having to reconcile its loss to the world, the recent evidence of its survival give us a second chance to save this wonderful species

An Nguyen, a scientist and expedition team leader at Global Wildlife Conservation, was very excited when he saw the first camera-trap photos of this species but says, “this finding is just the beginning of protecting the species from extinction. The most important work that needs to be done soon, is addressing snaring, at least in the area where silver-backed chevrotain has been found. Snaring, which is fuelling a thriving bushmeat industry in Vietnam, is well documented by a number of scientists and conservationists. I personally think Vietnam is doing great work on controlling illegal logging and gun hunting, and if the Vietnamese government could control snaring at a similar level, then species like the silver-backed chevrotain – and many others – will be protected in Vietnam. Vietnam needs to protect this treasure.”

When we first received the grant application for this project our Curator of Mammals, Warren Spencer, was over the moon as he had originally learned about this species several years ago when he was working in Europe and had thought, like many experts, that it was extinct.  “The images and video evidence of the silver-backed chevrotain in situ is something I never expected to see. Despite all the threats this species has had to face and our having to reconcile its loss to the world, the recent evidence of its survival give us a second chance to save this wonderful species,” says Warren.

“These mouse-deer have a complex, interesting and unique natural history, bags of character and a bountiful charm. I am heartened to think that even in the most desperate situations when all hope appears to be lost, scientists, conservationists and the caring public that visit us every year, can work together to create a future for wildlife.”

This rediscovery makes the silver-backed chevrotain the first mammal on the list of ‘25 most wanted lost species’ to be rediscovered and is an opportunity for the global conservation community to protect one of the least known ungulate species in the world.

Next the field team will set out to determine just how large and stable the population is, and how widely it is distributed, so they can further understand and mitigate the threats to its survival. Their findings to date have been reported in the November issue of the scientific journal Nature Ecology & Evolution with further findings to come.

It’s not every day that a species is rediscovered and it’s only through working together – conservationists, scientists, and wildlife lovers like you that visit Auckland Zoo every day - that we’re able to commit funding, and sometimes our own staff and expertise, to helping save the wildlife of Aotearoa and around the world. Thank you for helping us to save wildlife in wild places!

A frog comeback – is it possible?