"It's so sad to think that this beautiful young female Hawksbill died as a direct result of what we humans are doing to the environment," says Lydia.

"My colleagues and I found enough plastic inside her to fill a one-litre container – the worst case we've ever dealt with. She'd inadvertently ingested everything from plastic bags and packaging to twine, netting, Velcro, a piece of a balloon, and a water bottle top. Amongst all the rubbish, there were a number of hard sharp-edged plastic pieces that must have really hurt as they worked their way through her body. Collectively all this material partially blocked her intestines, which stopped working, causing her whole body to shut down and ultimately meant that she starved to death."

Auckland Zoo's veterinary team work in collaboration with Kelly Tarlton's SEA LIFE Aquarium to treat and rehabilitate sea turtles that usually hail from warm, tropical waters but can wash up on our shores if they are weak or suffering from injury or illness.

This Critically Endangered Hawksbill found in mid-August just south of Mangonui in Northland and brought to us by the Department of Conservation's Dargaville staff, arrived weak and under-weight but with no external injuries.

"We kept her in a special tank that keeps her warm and wet with constantly dripping water but allows her to not exert any extra energy swimming" says Lydia.  "We provided intensive care which included tube-feeding her to provide nutrition and we also gave her fluids, antibiotics and pain relief.  Despite her severe problems she initially improved and became a little stronger each day.  However, after nearly two weeks of intensive care, her problems got the better of her, and she sadly died overnight."

Lydia explains that one of the difficulties with these turtles is that their bodies are often so shut down when they arrive that usual indicators such as blood tests don't always reflect what's going on, and it's almost impossible to detect plastic on x-rays.

"Unfortunately, plastic inside the intestine looks the same on an x-ray as the turtle's intestines themselves. Sadly for this turtle, even if we had been able to detect the plastic earlier, she wasn't in a healthy enough state for us to surgically remove it." 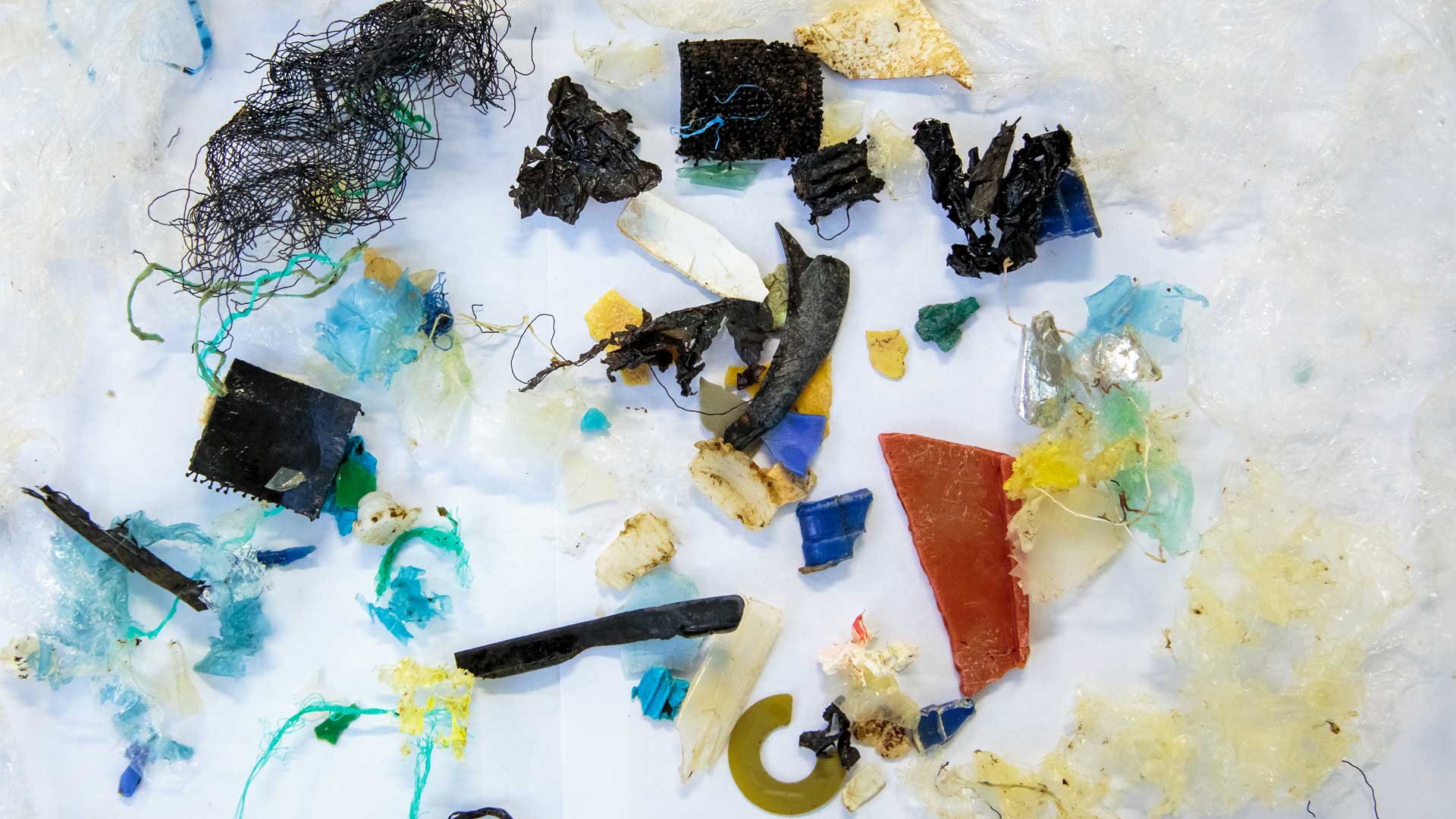 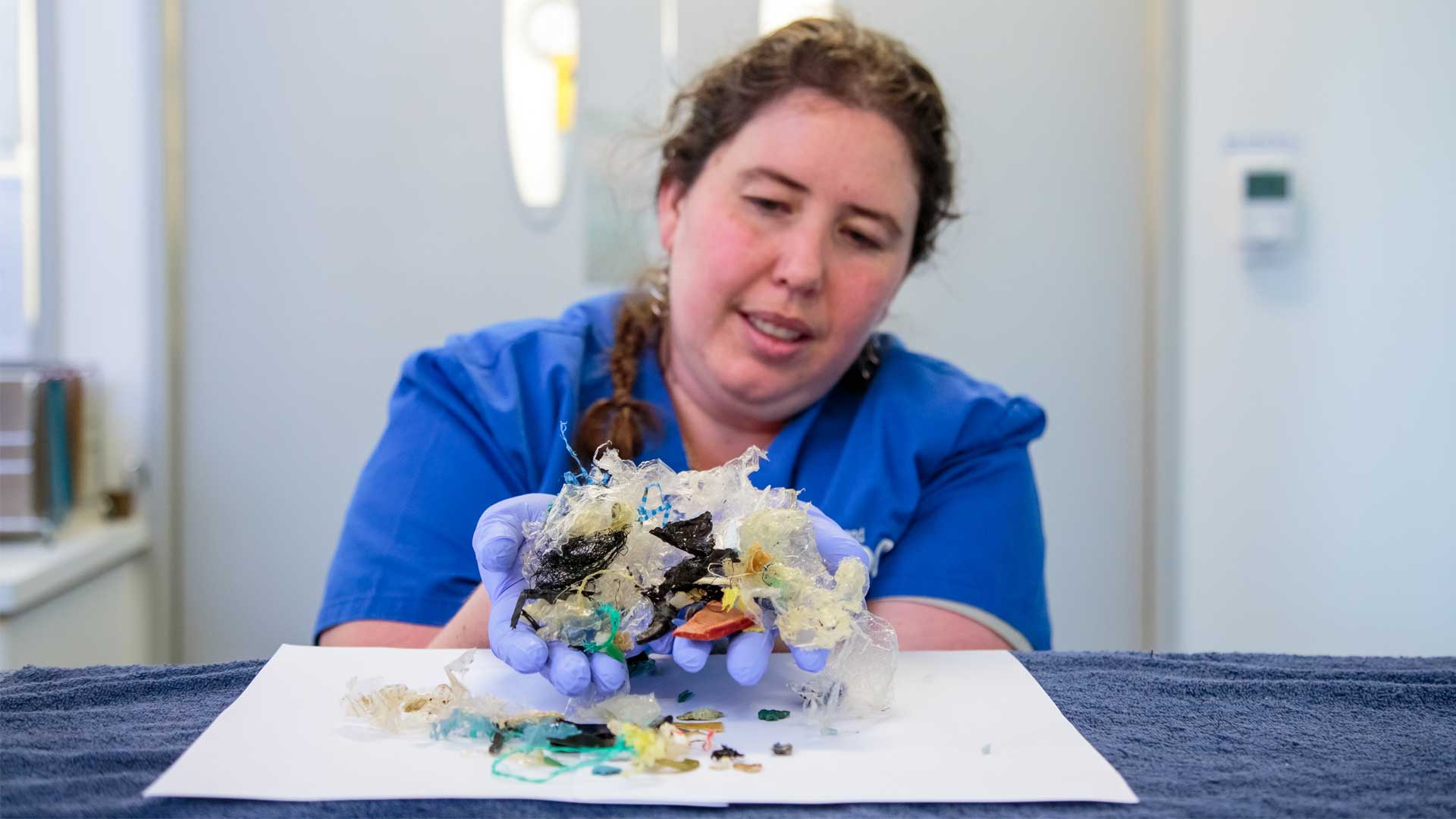 Lydia, also a Project Jonah volunteer, has had a passion for marine life since childhood, and is currently undertaking a doctorate on the sea turtles that strand in New Zealand. Ultimately she hopes her research will help to better assess their likelihood of survival and successful rehabilitation through to release back to the wild.

Hawksbill turtles are found in tropical waters of the Atlantic, Pacific and Indian oceans, predominantly on coral reefs. They feed mainly on sponges, and play a vital role in helping maintain the health of coral reefs and sea grass beds. This species is critically endangered due to the impact of humans on the turtles and their environment.

Lydia's plea to all of us to help these turtles and other marine life, is to "reduce, or better still, stop using plastic bags entirely, and never release balloons into the environment".

"That plastic bag you took for convenience when shopping, that rubbish you left behind or that balloon you innocently released to the skies, all have the potential to end up in the ocean, and could be the difference between life and death for a marine animal," says Lydia.

Building a future for wildlife and wild places