This Save Kiwi Month we have welcomed a new kiwi chick, the first to hatch in October. Auckland Zoo is part of ‘Operation Nest Egg’ (O.N.E), a national programme helping to increase Aotearoa’s kiwi population, and this latest fluffy youngster is our second chick this season. 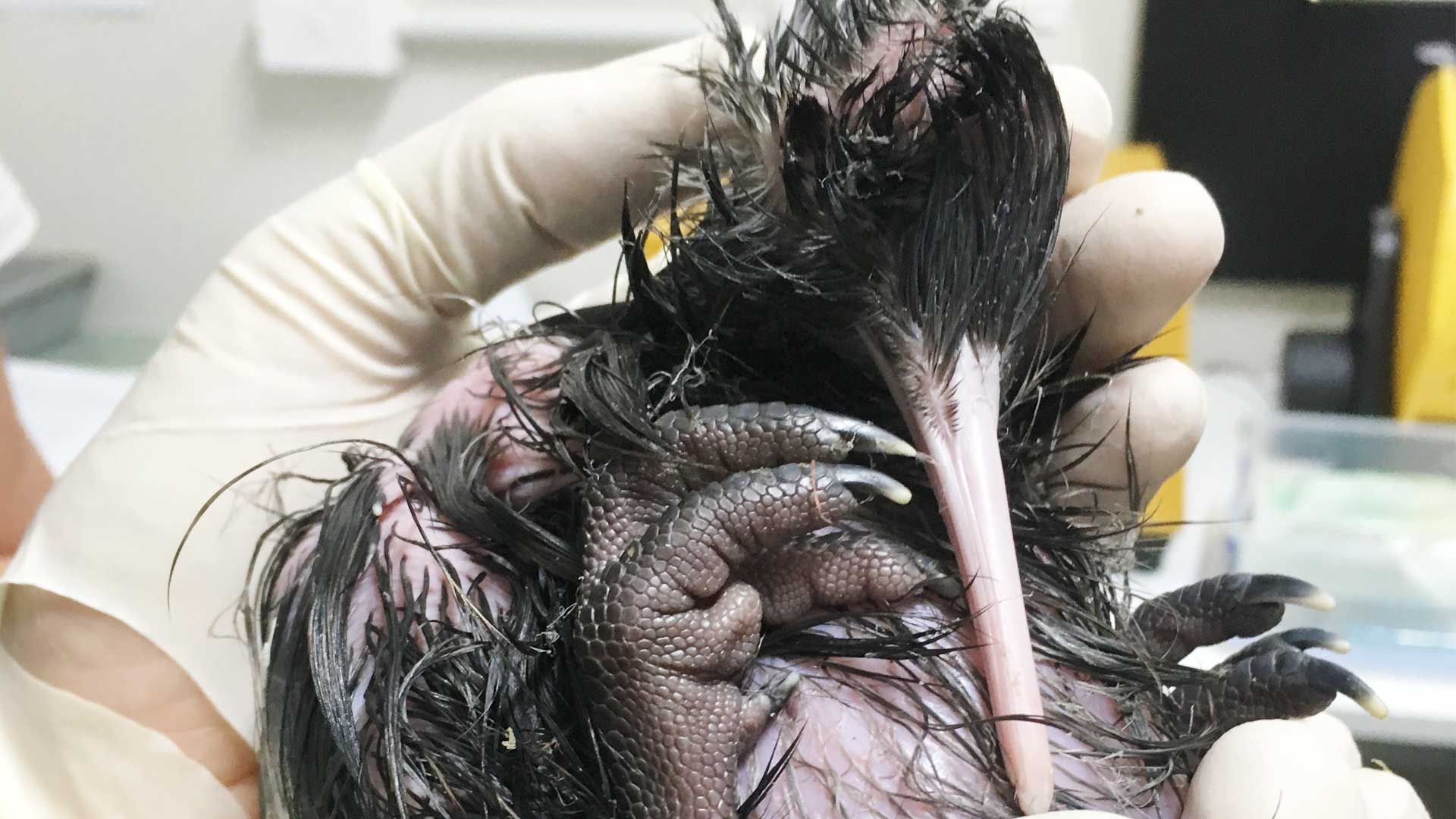 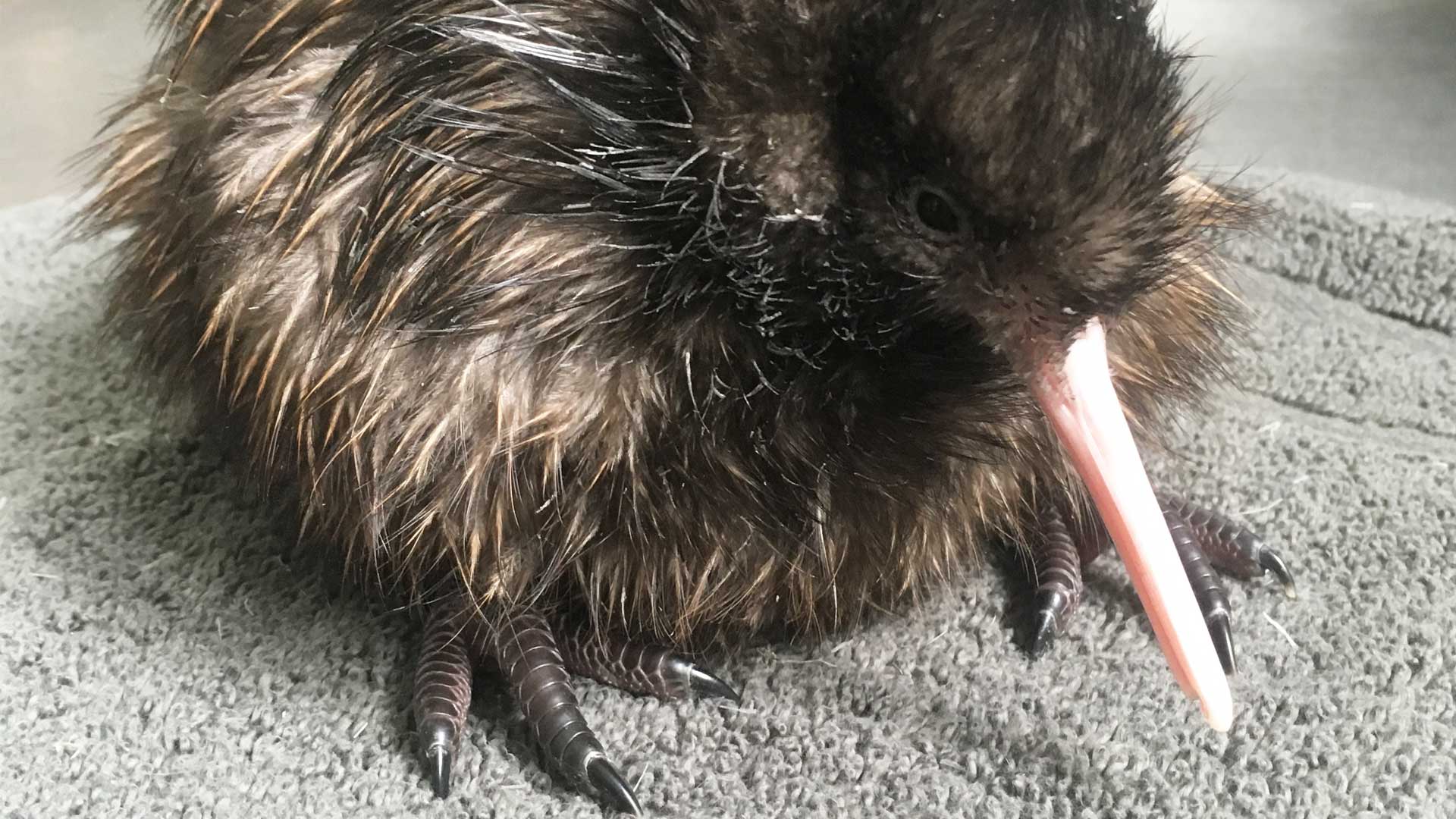 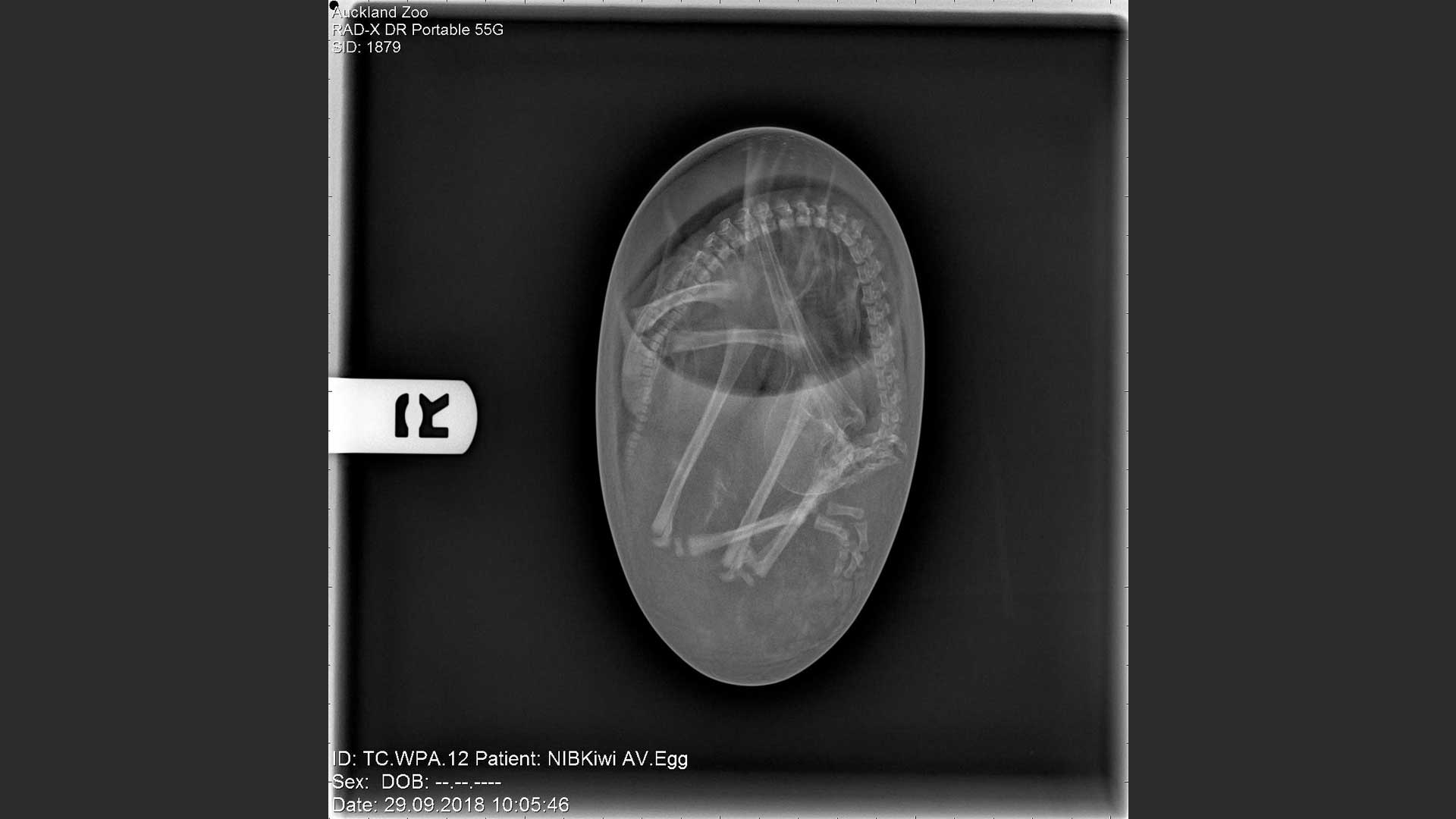 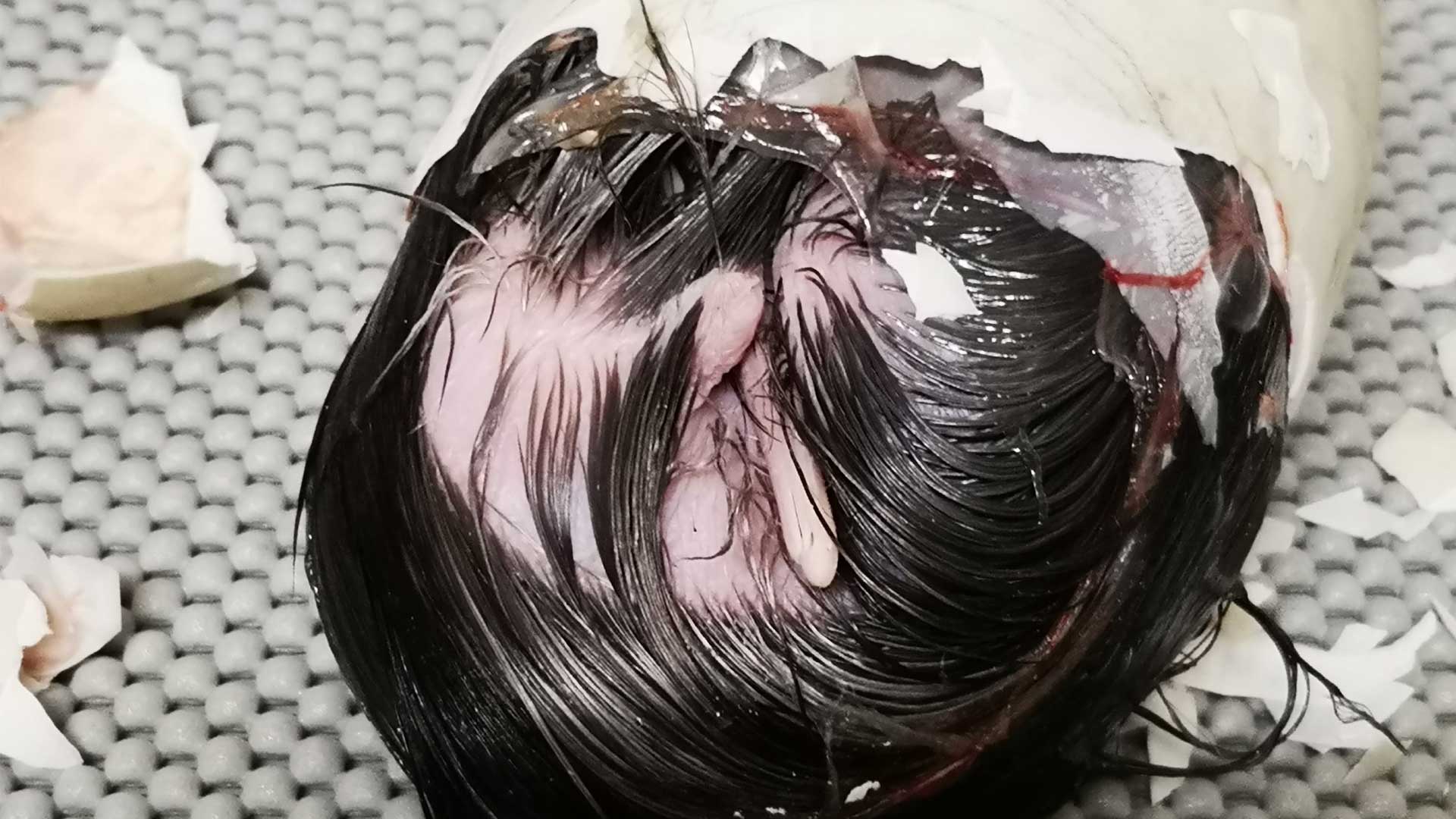 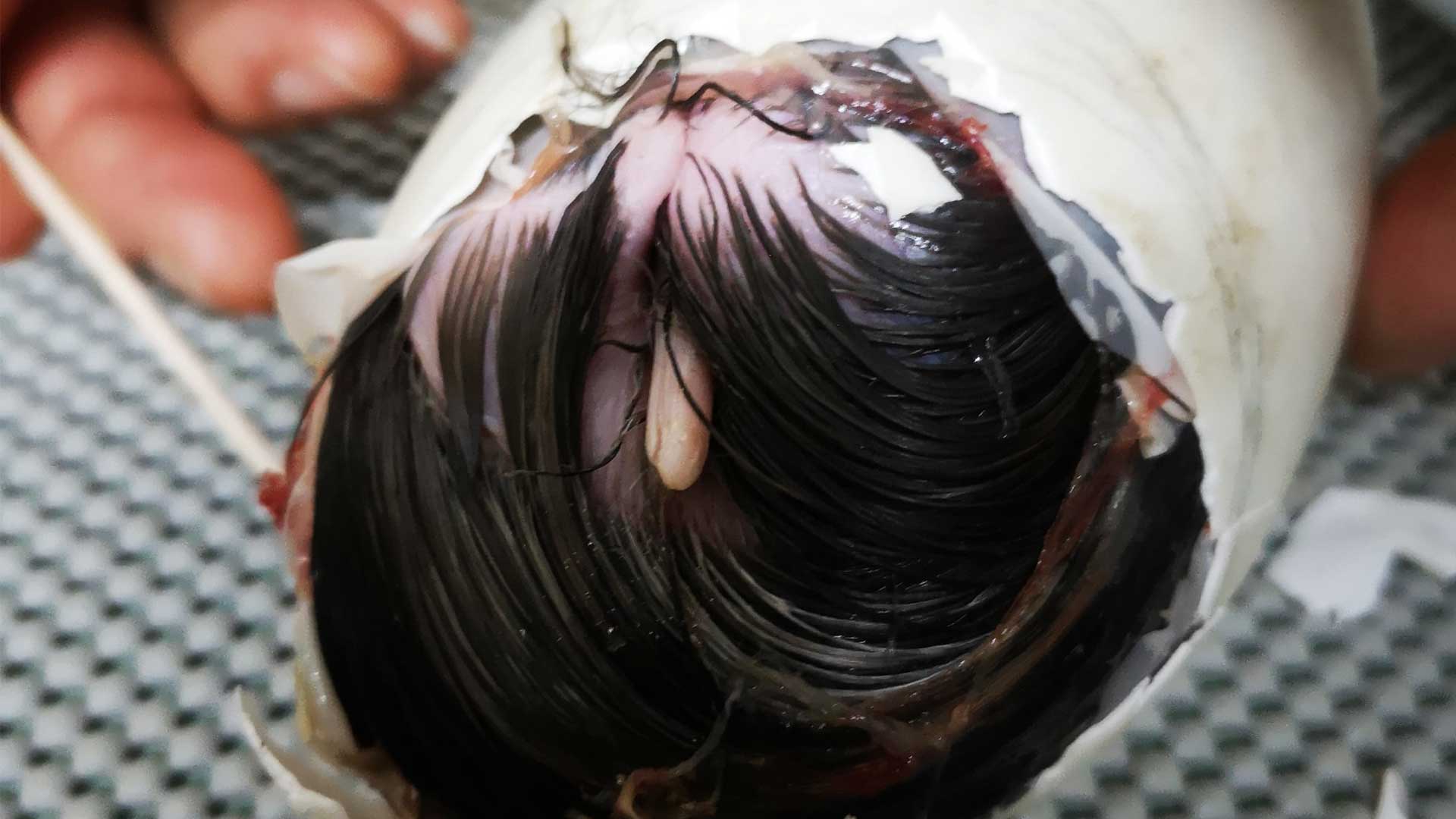 O.N.E involves collecting eggs from selected areas around New Zealand, incubating and caring for them from hatch until they are at an age where they can be released to predator free islands or sites. These sites allow the chicks to grow big and strong while not under threat from predators, and then finally, when they reach around 1.2kg – a size where they are better able to defend themselves – they are released back to the mainland on predator-managed sites. Sadly, only 5% of chicks that hatch in the wild will reach breeding age due to introduced mammalian predators, which has contributed to the decline of our national bird. Auckland Zoo, working together with the Department of Conservation, Kiwis for Kiwi, and Thames Coast Kiwi Care has successfully contributed to the survival of Northland and Coromandel kiwi.

“It’s a real privilege to be working alongside community groups, Thames Coast Kiwi Care, and Kiwis for Kiwi, to be involved in direct conservation of our national icon. This is the 360th kiwi Auckland Zoo has hatched for the O.N.E programme,” says birds keeper Natalie Clark.

It’s a real privilege to be working alongside community groups, Thames Coast Kiwi Care, and Kiwis for Kiwi, to be involved in direct conservation of our national icon. This is the 360th kiwi Auckland Zoo has hatched for the O.N.E programme

This special chick was unable to hatch itself, and was supported during an ‘assisted hatch’. The chick was nearing the time it was due to ‘internally pip’, which is when the chick pokes its beak through the membrane into the air-cell inside the egg, so it can start to take its first breaths. Bird keeper Debra Searchfield noticed it was moving less inside the egg than usual, so the vet team took x-rays to check the positioning of the chick, and that its beak was near the air-cell. All signs were pointing towards the chick needing assistance, so the vet team and bird team undertook a little egg surgery – making a hole in the shell into the air cell, then making an incision into the membrane to allow the beak to poke through. They then patched spare shell back over the hole and taped this in place to recreate the seal of the egg shell.

After an egg ‘internally pips’ (breaking that internal membrane layer to start breathing) around 3-5 days later it will ‘externally pip’, which literally means it is starting to break its way out of its shell. The initial x-rays showed the chick in a compromising position with its leg over its head, which meant both teams were keeping a close eye on the hatching process. Kiwis aren’t born with an egg-tooth to help break out of their shell, instead rely on their legs to push their way out, which was a struggle for this kiwi whose leg was in the wrong position. Due to its inability to hatch itself, resident vet Lydia Uddstrom and bird keeper Debra Searchfield had to physically break away the shell to help it hatch.

“In the ideal world, we’d like them to be able to hatch on their own, but in special cases like this it’s nice to be able to help them into the world. In this chick’s case the assisted hatch went as smoothly as we could hope, but it’s still early days and we will keep a close eye on it, “explains Lydia.

As its feathers have been sent off for DNA testing, the sex of this tiny kiwi chick is still unknown, and once it is sexed and more is known about its personality it will then be named accordingly. When it reaches the appropriate weight, it will be off to a predator-free creche to mature without the risk of mammalian predators and contribute to the kiwi population.