How much do you know about our Wild Work? As a not-for-profit conservation organisation, Auckland Zoo is committed to safeguarding our beautiful planet, all of its remarkable species, and spectacular landscapes for generations to come. We bring you #Wildwork Wednesday to show you some remarkable people, undertaking extraordinary work in NZ and abroad.

Last summer, two of our ectotherm keepers boarded a flight to the South Island on a very special mission. They were headed to Oteake Conservation Park, on the border between Otago and Canterbury, a wild land of mountainous high country to learn more about some incredibly rare reptiles. 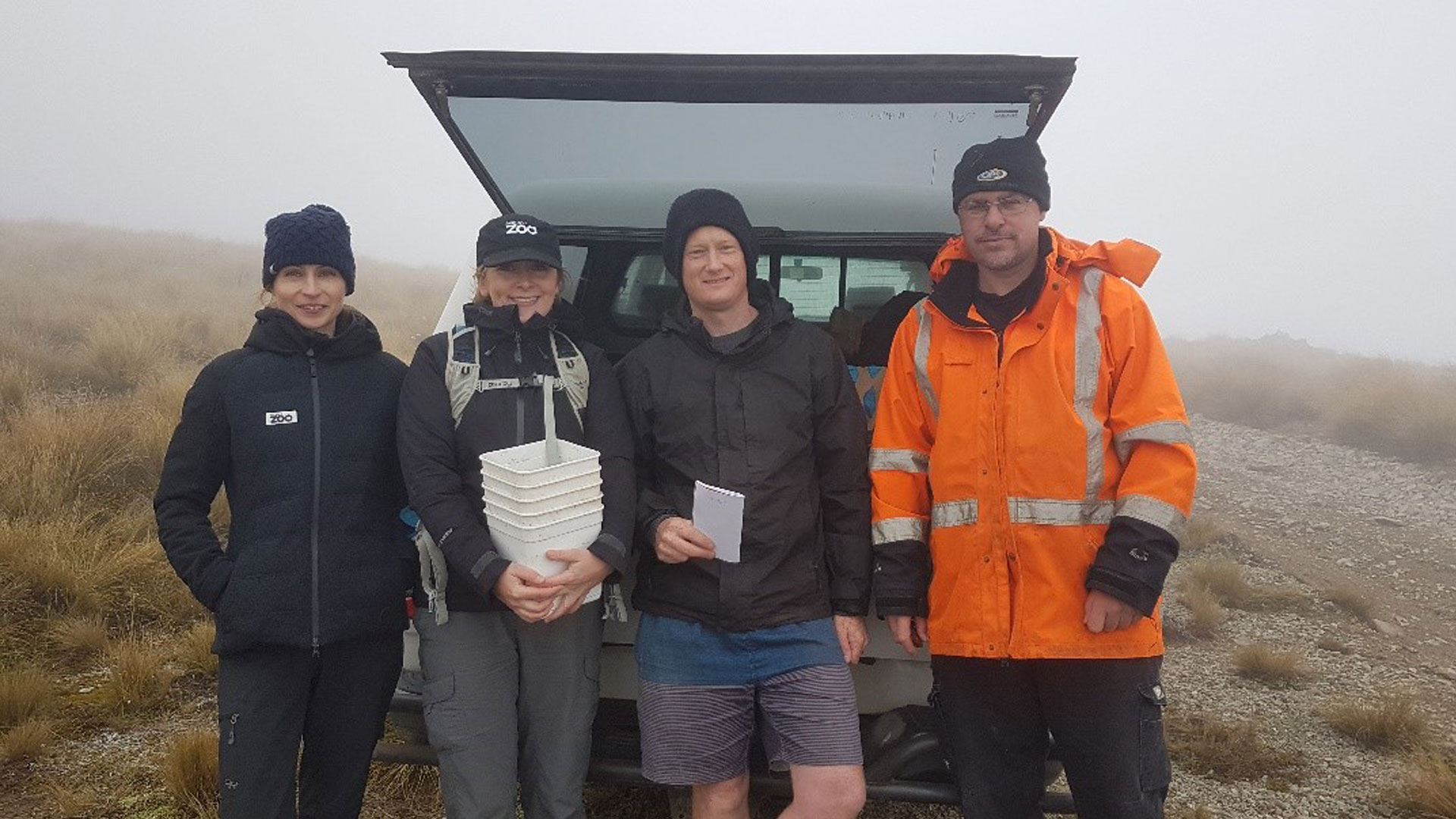 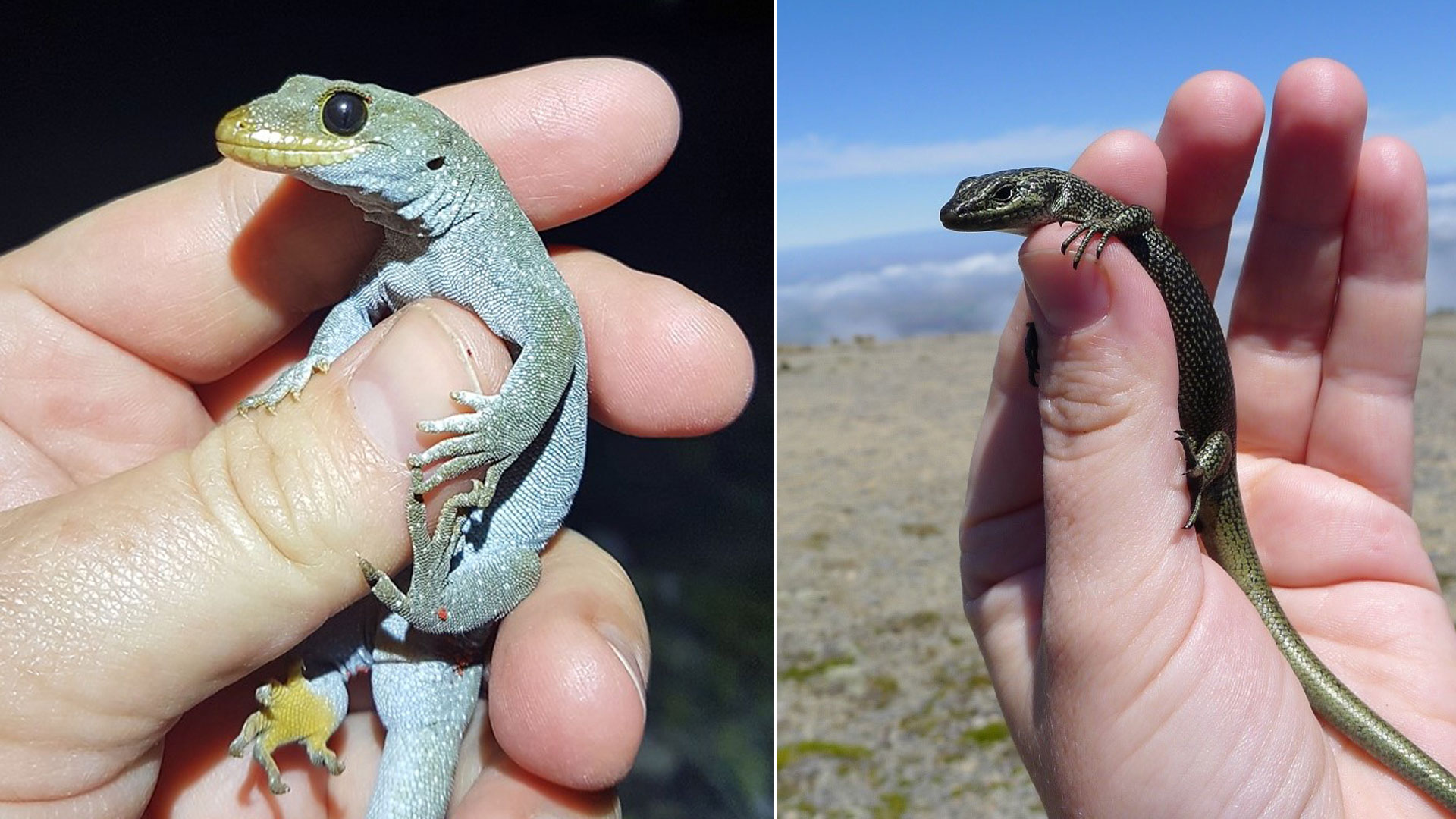 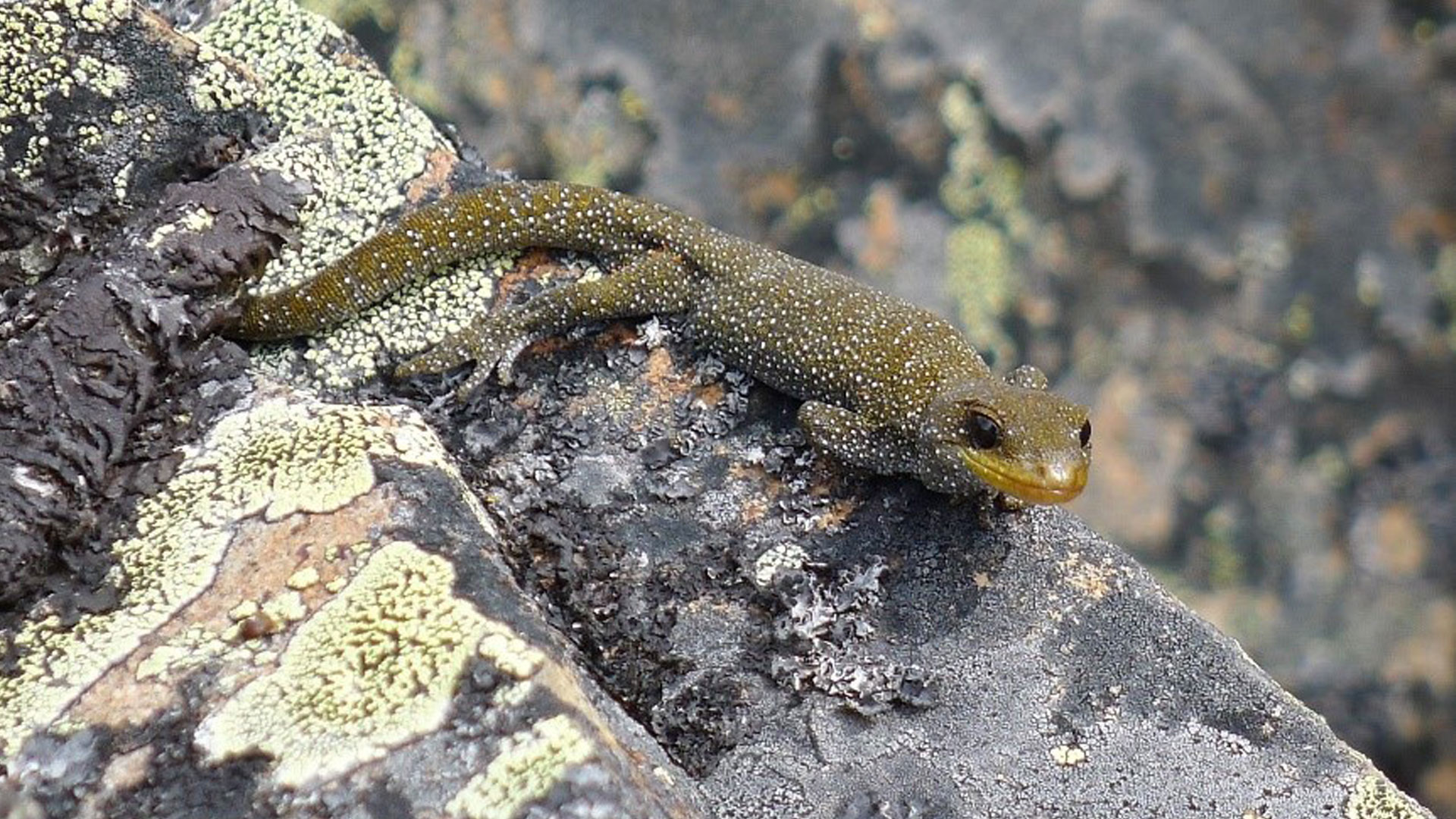 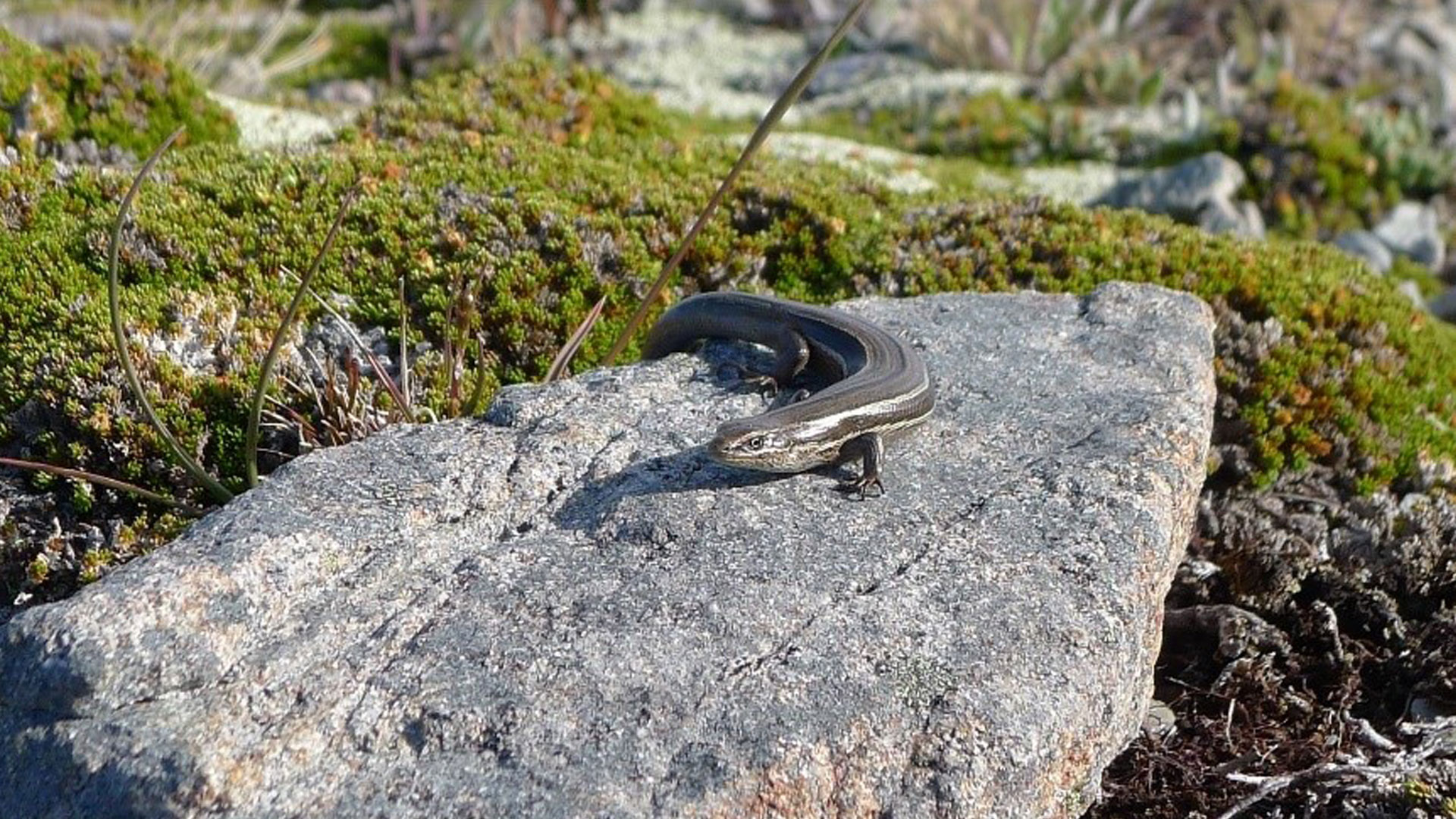 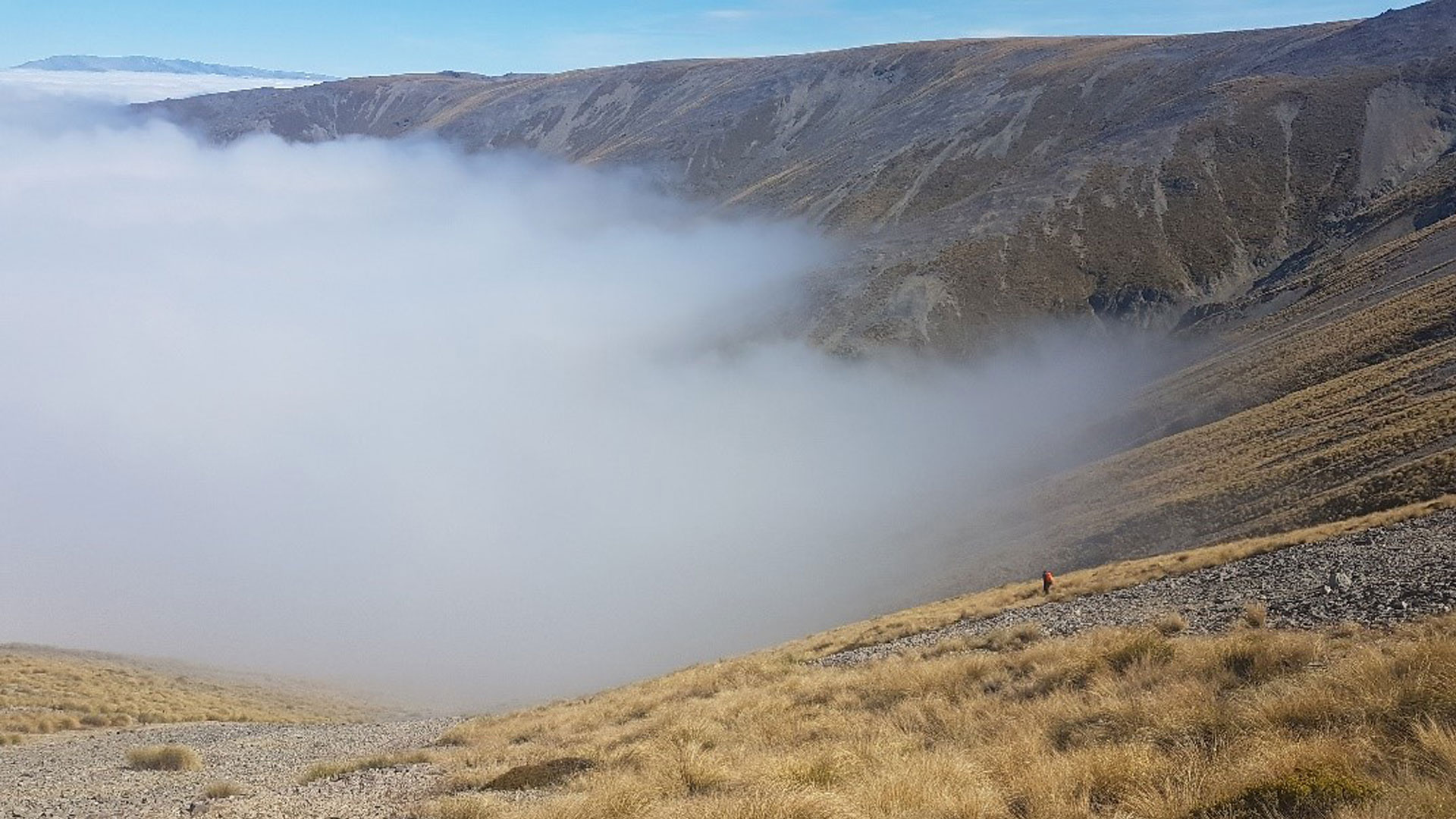 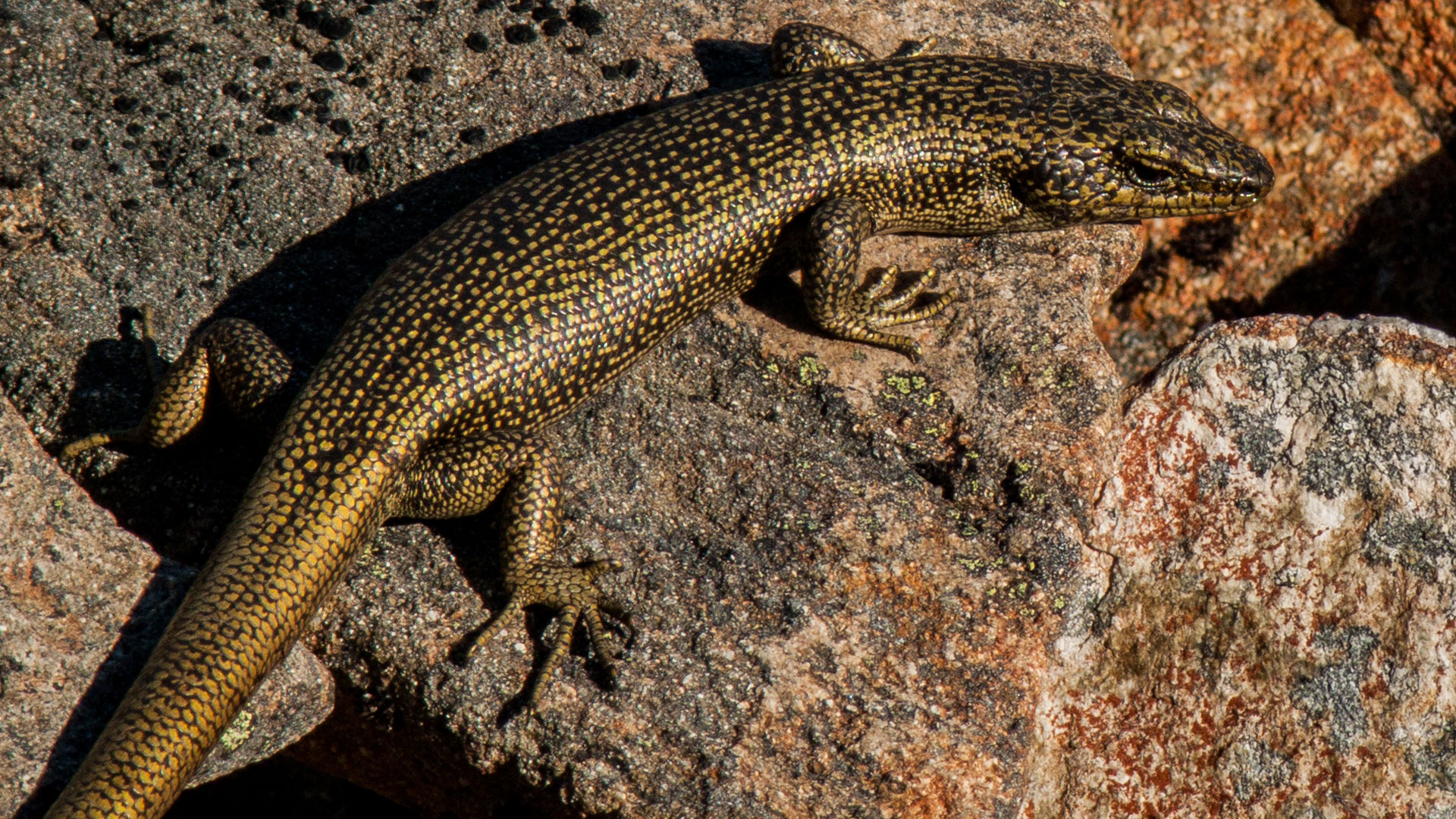 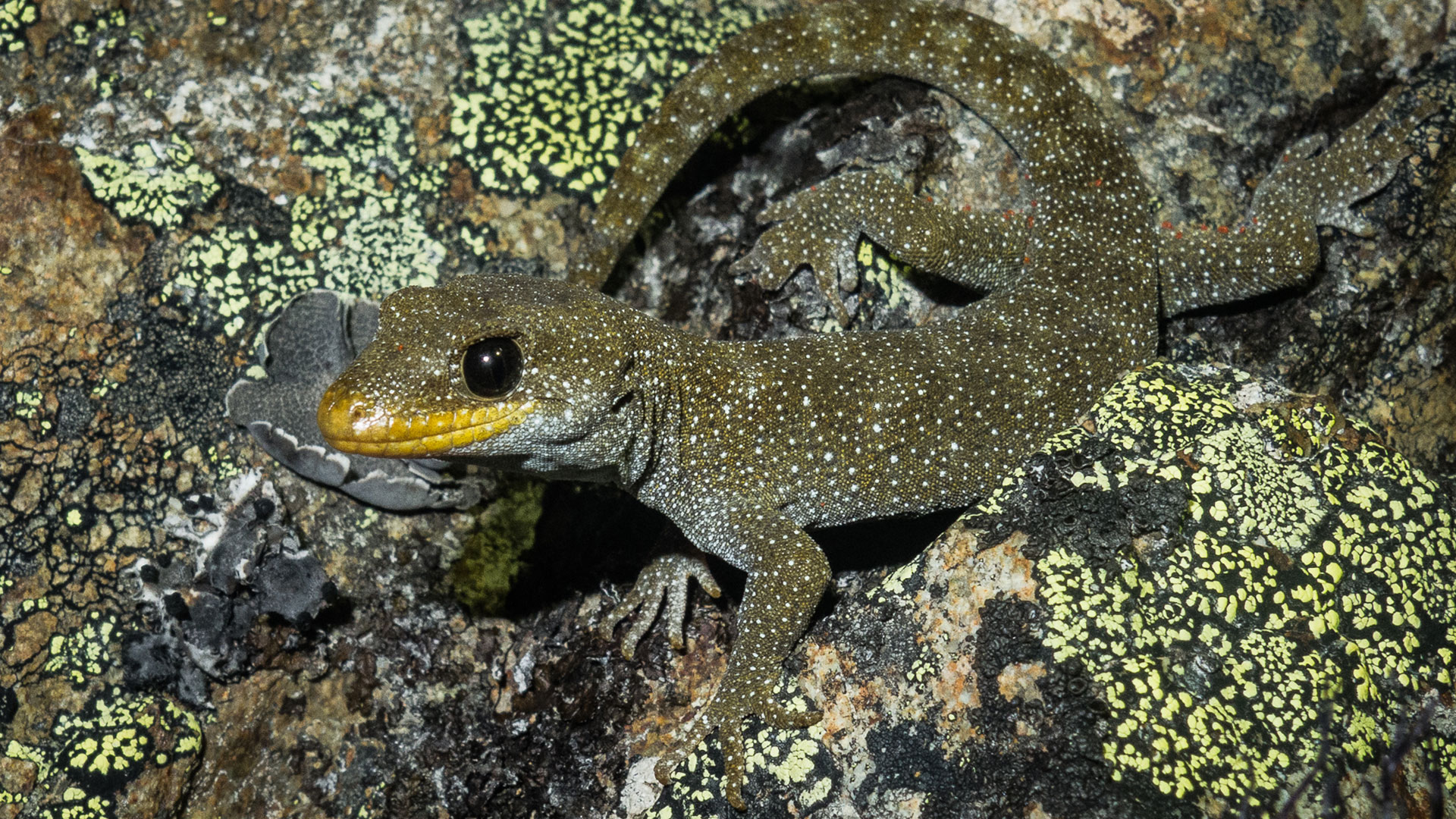 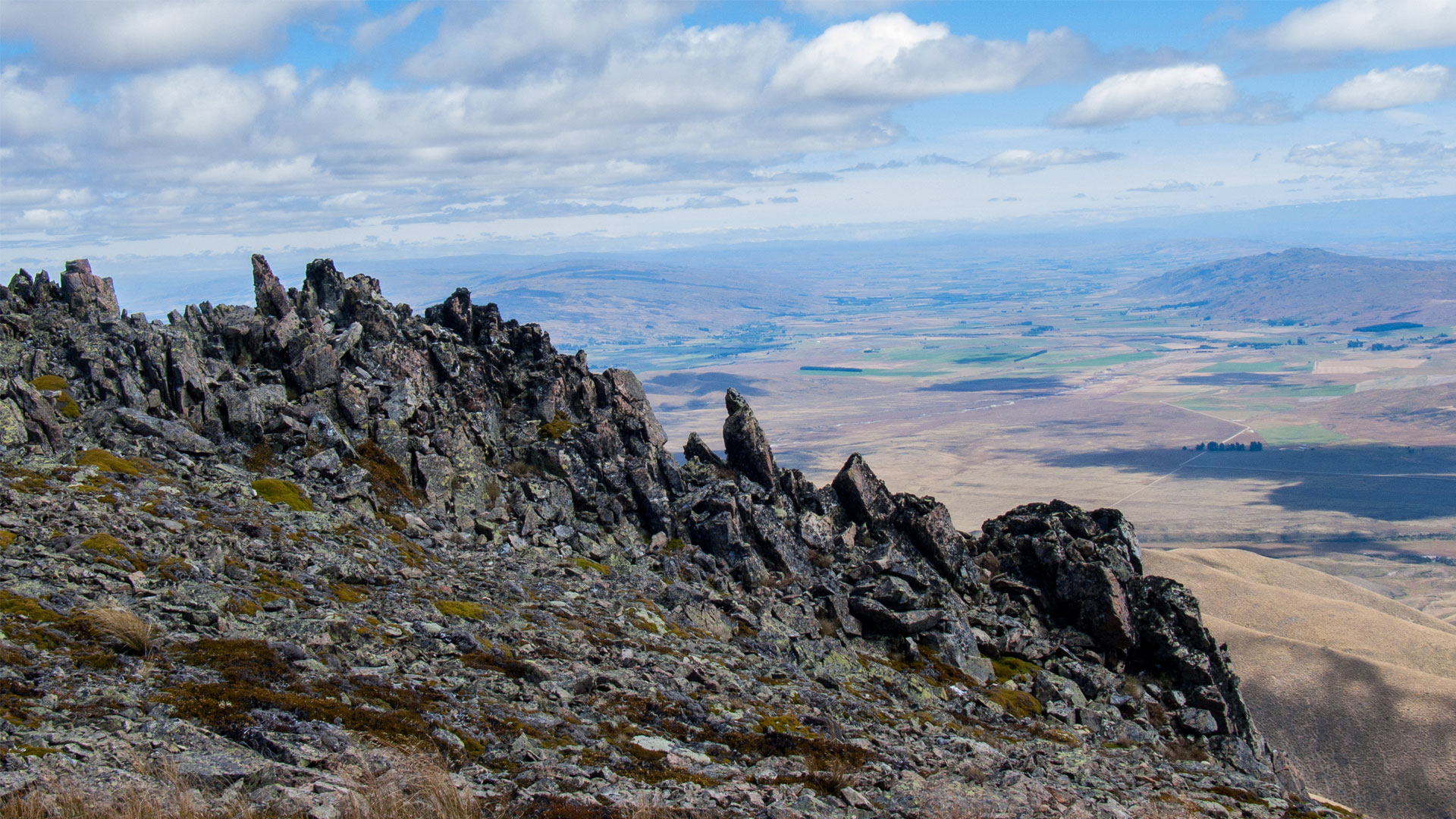 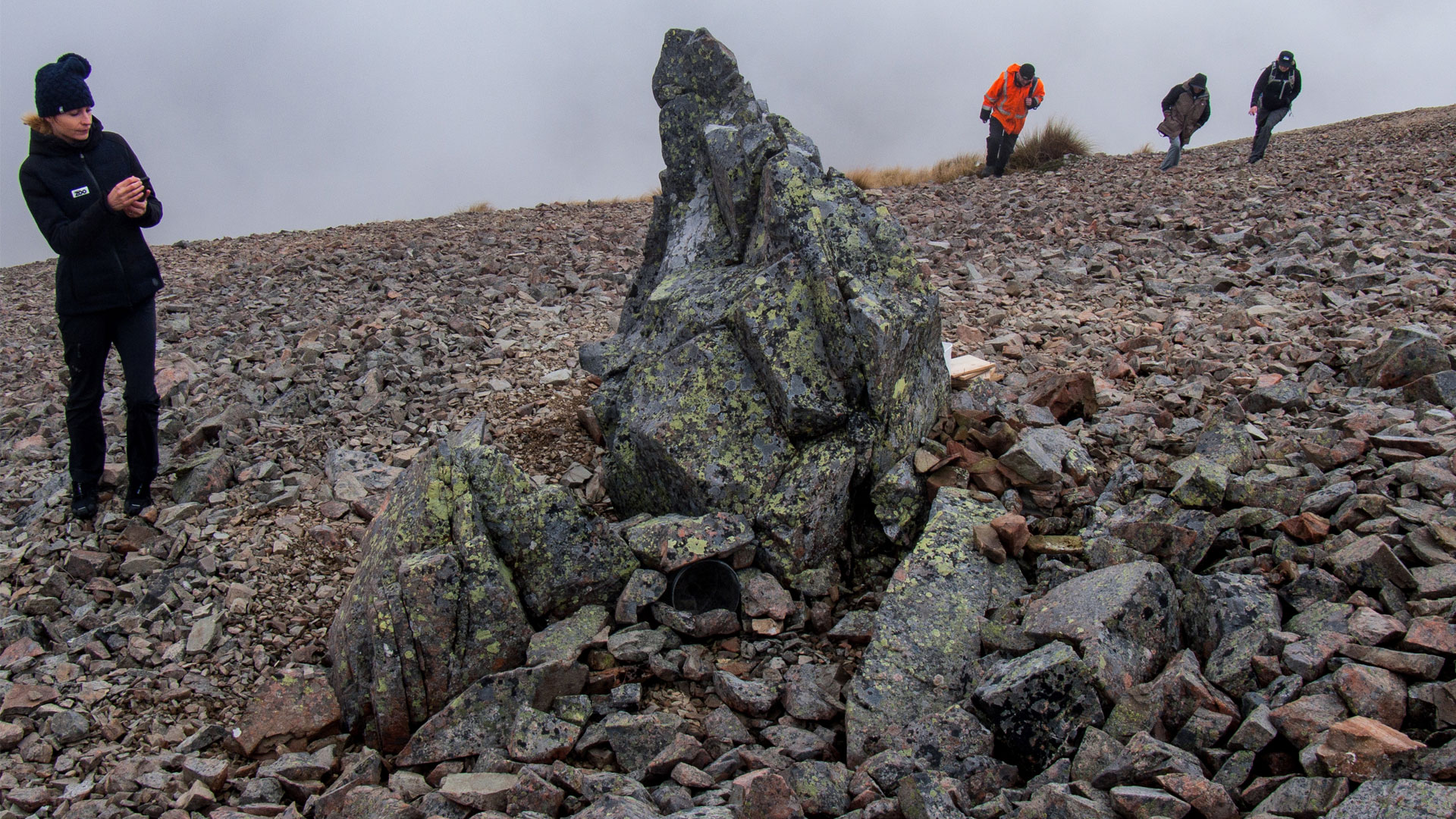 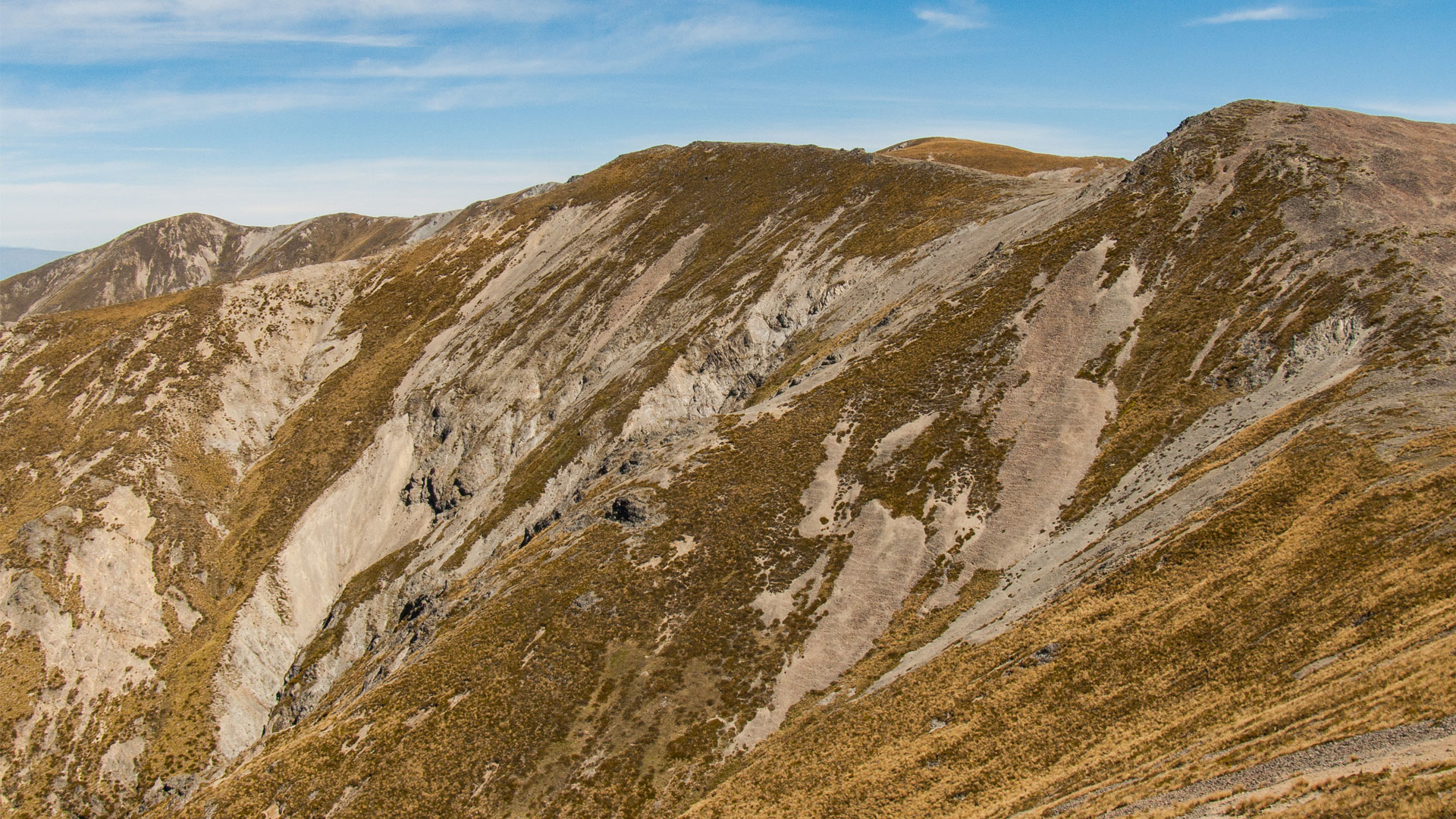 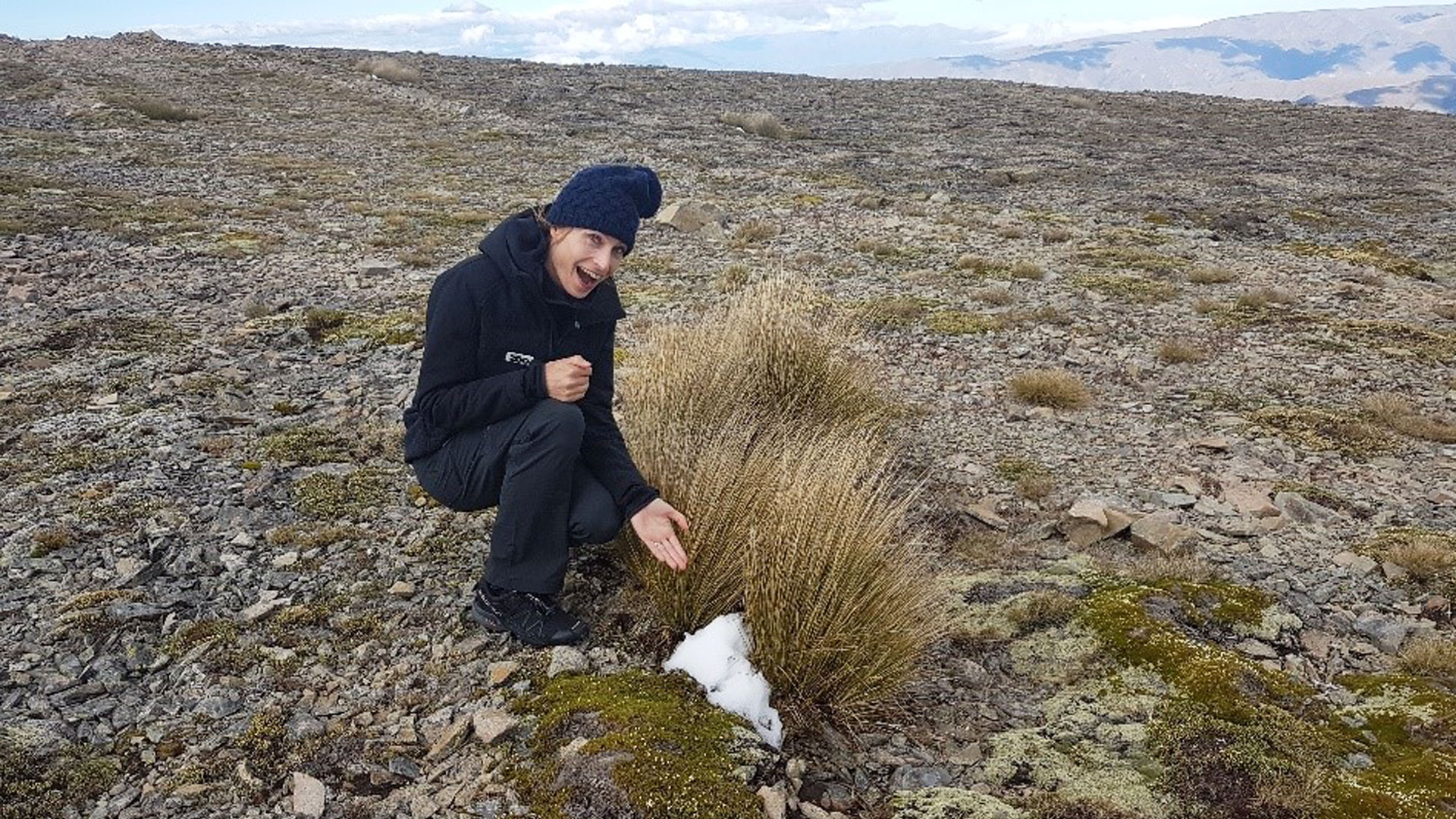 The surveying team from Auckland Zoo and Wildlife Consultants

Surveying for lizards above the clouds

Ectotherm keeper Jenny points out the snow left on the mountain

Although this conservation park is less than a decade old, it is already beginning to reveal secret new species. With experts from Wildlands Consultants, our keepers Ruth and Jenny were there to track down four different lizards (scientifically referred to as saurians), all of which were potentially new to science. Three of them, the North Otago black-eyed gecko, the alpine rock skink, and the rockhopper skink were only identified in 2018, while almost nothing was known of the fourth species, the Oteake skink. In order to assist in the conservation planning for these species, it is important to gather as much information as possible about them, so genetic samples were collected from the three undescribed species.

With animals this poorly understood, photos are a fantastic resource, and tip-toeing through the snow tōtara after the Oteake skink, peering at scree slopes to find alpine rock skinks, or skirting around islands of tussock in seas of rock to spot rockhopper skinks has created a vital database of photos. Coupled with the detailed assessment and recording of skink habitats and population dynamics, this has allowed researchers to understand more about what these skinks need to thrive.

Select individuals were carefully captured to record measurements and take genetic samples. Our experts were able to patiently herd one teenage alpine rock skink into a repurposed minnow trap for measuring, before he was released. Collecting data on the North Otago black-eyed gecko meant night-time spotlighting sessions to capture this nocturnal reptile, where the gleam of its eyes under a torch revealed its whereabouts. Cold mountain nights meant that only a few were spotted while our keepers lay in wait.

Genetic samples from the four lizard taxa have confirmed that they are new species that will will be formally described over the next 1-2 years. In the meantime, this new information on their habitat and distribution has let researchers assess their threat status and suggest a rank to the Department of Conservation (DOC). We now have a better idea of what these beautiful little lizards need from us, and living within the Oteake Conservation Park they are well positioned to be protected into the future.

This isn’t the first time Auckland Zoo has stepped-up for native skink conservation, in fact native lizards are one of our main conservation focuses. Our Conservation Fund supports numerous lizard projects across the country; our ectotherm keepers study rare and still undescribed geckos in the Coromandel and the west coast of Auckland, and within the zoo grounds we’re currently home to the entire world’s population of cobble skinks and a quarter of all Chesterfield skinks after their West Cost homes were destroyed by cyclones in recent years.

It’s still early days for these breeding programmes but early signs are great! Watch our keepers play matchmaker as male and female Chesterfield skinks are introduced to each other.

Every time you visit the zoo’s ectotherms, or donate to our Conservation Fund, you’re helping to fund Wild Work for rare lizards by our expert staff, or by our partners. Thank you for helping us to save wildlife in wild places!

Our native leeches are bloody amazing!

No Grant Too Small