Auckland Zoo is delighted to welcome two young Tasmanian devils today as part of Australia’s Tasmanian Devil Ambassador Program for this endangered species that is under threat from the deadly Devil Facial Tumour Disease (DFTD). 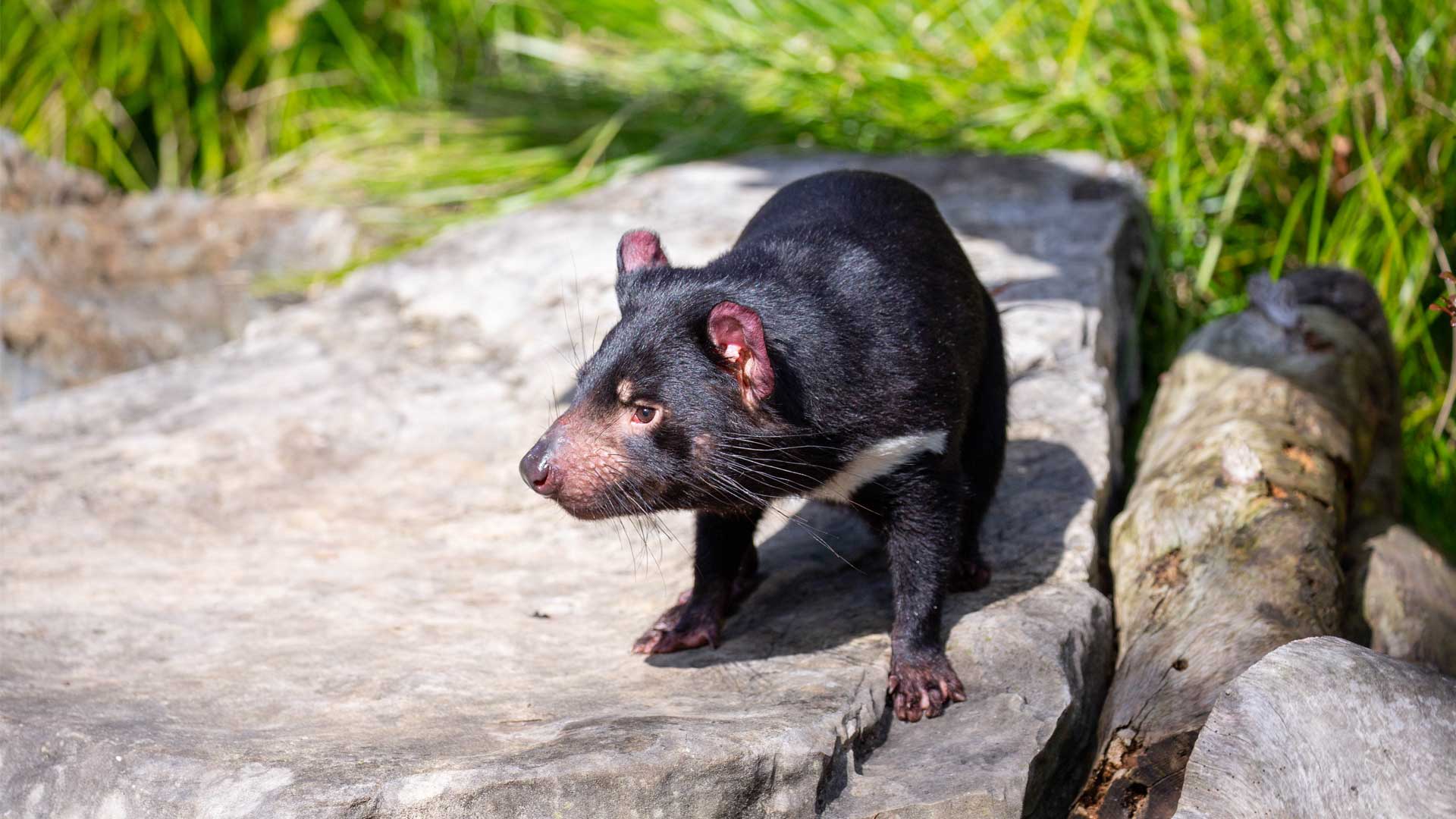 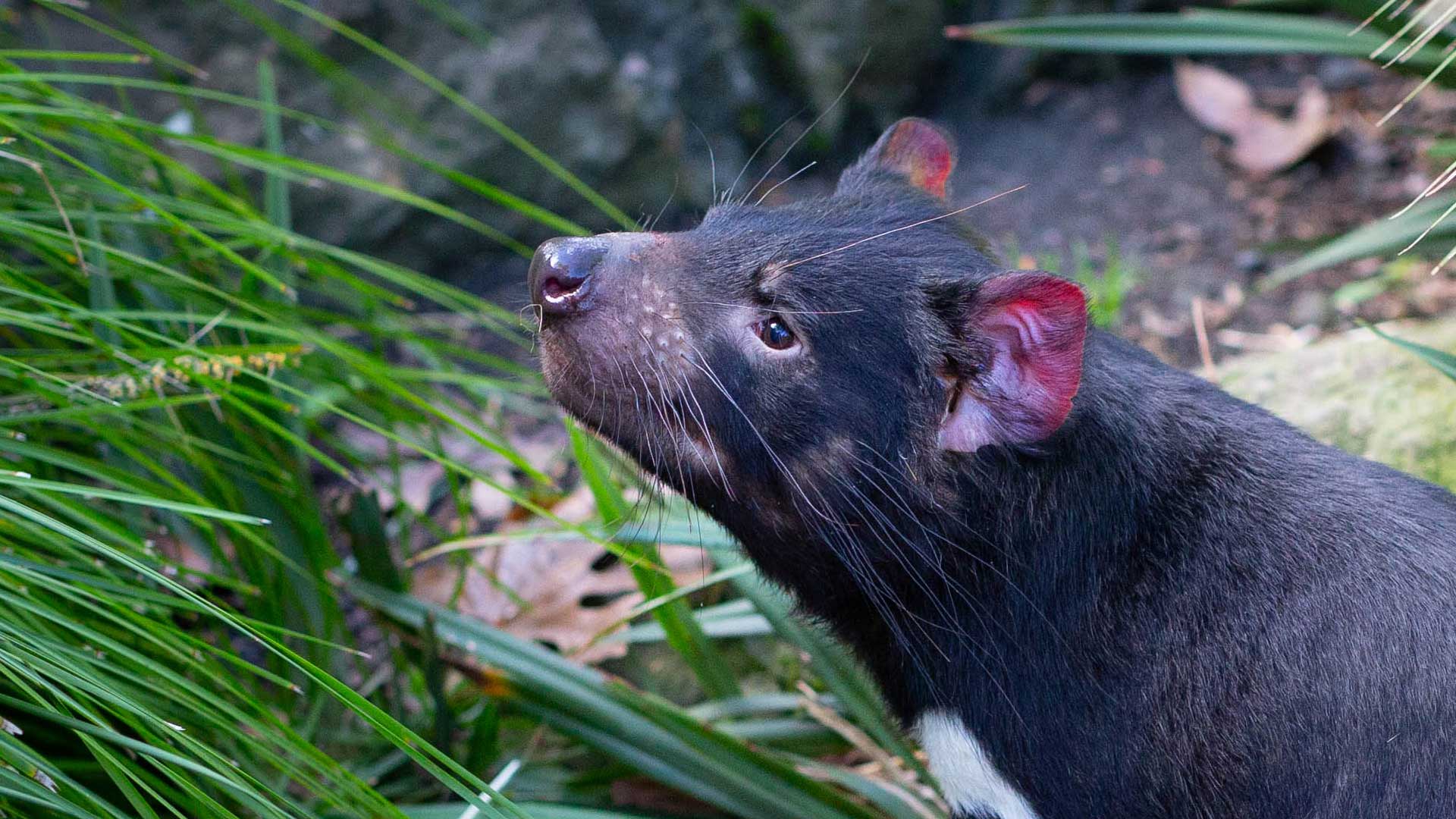 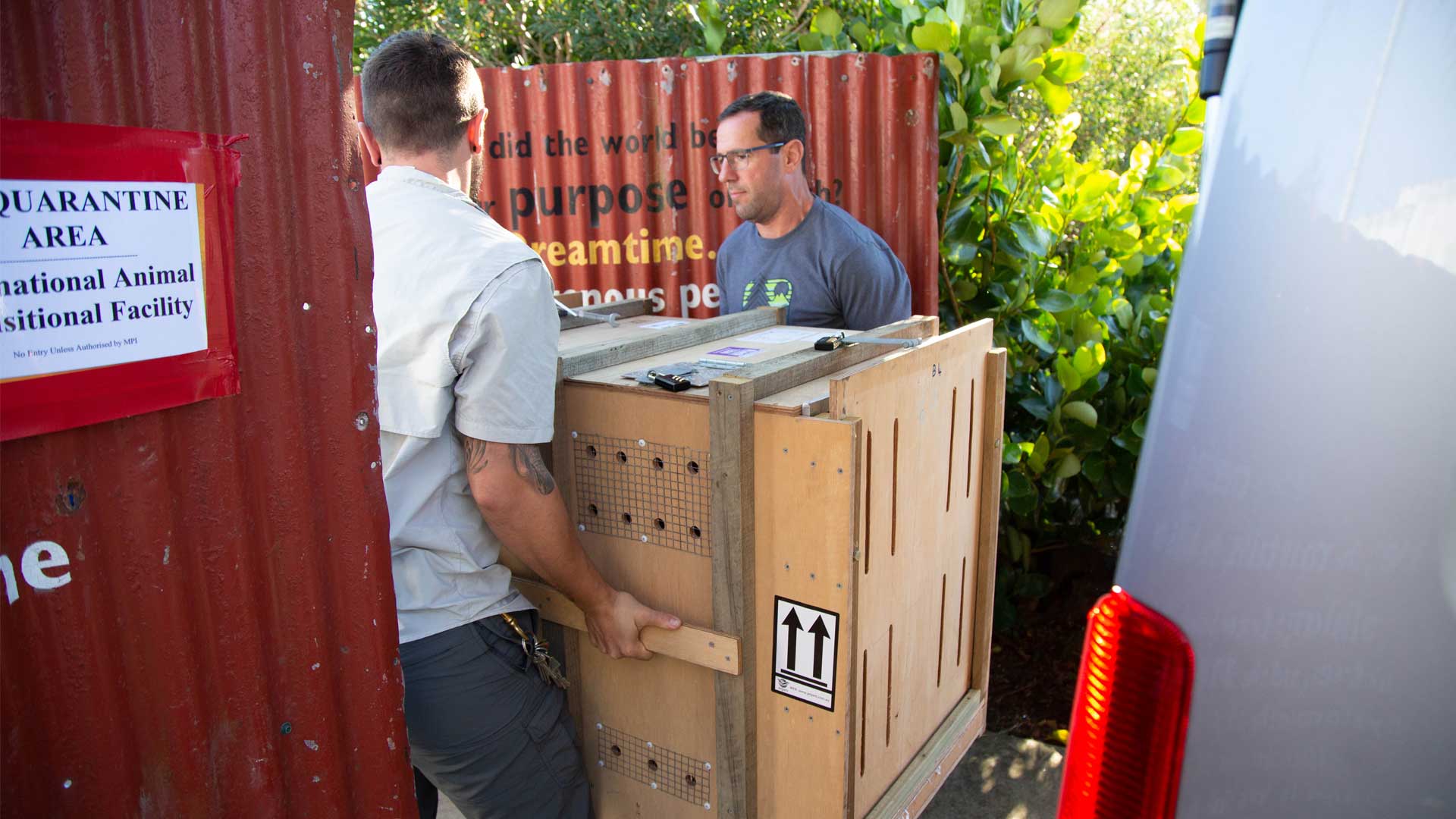 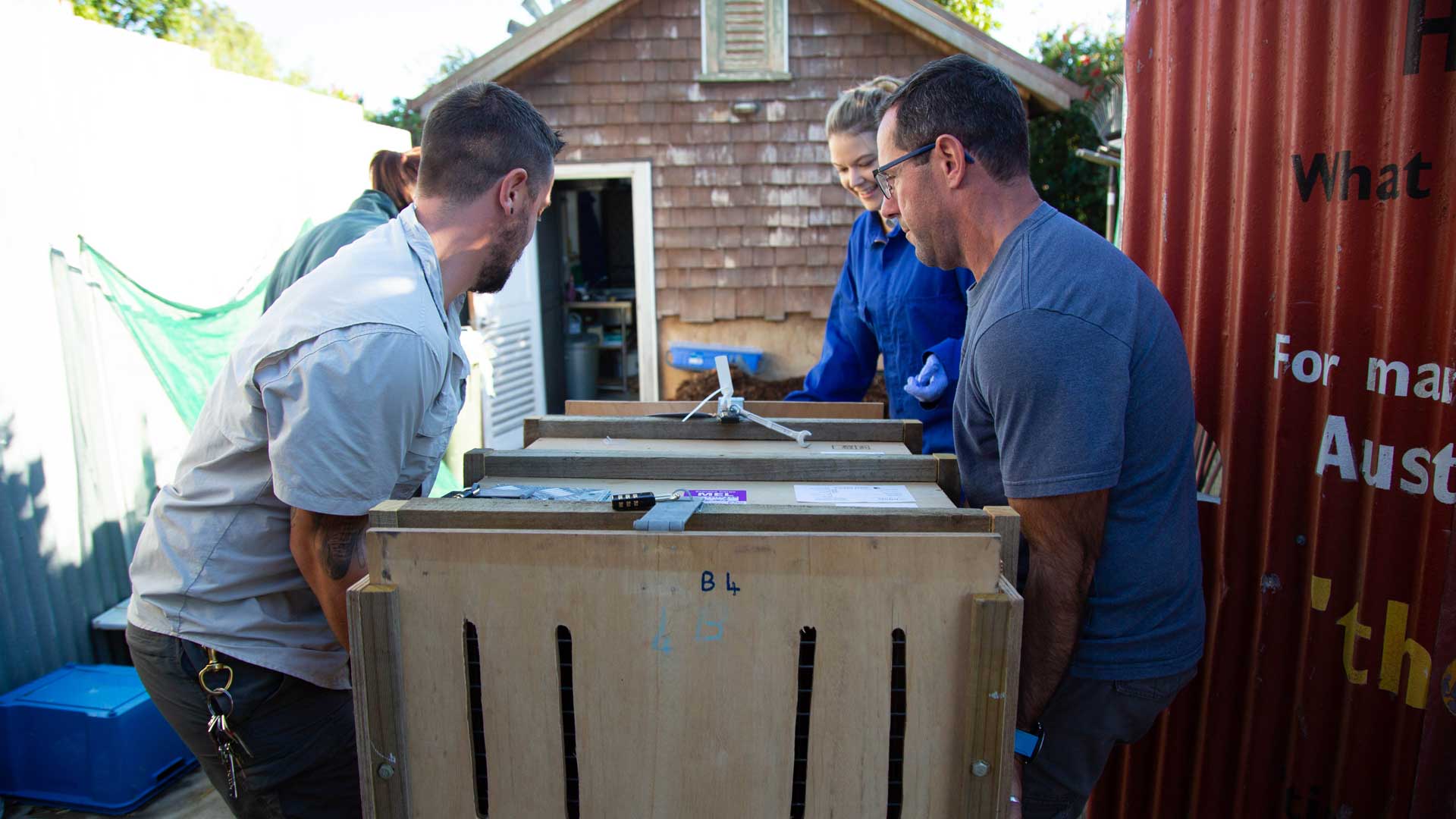 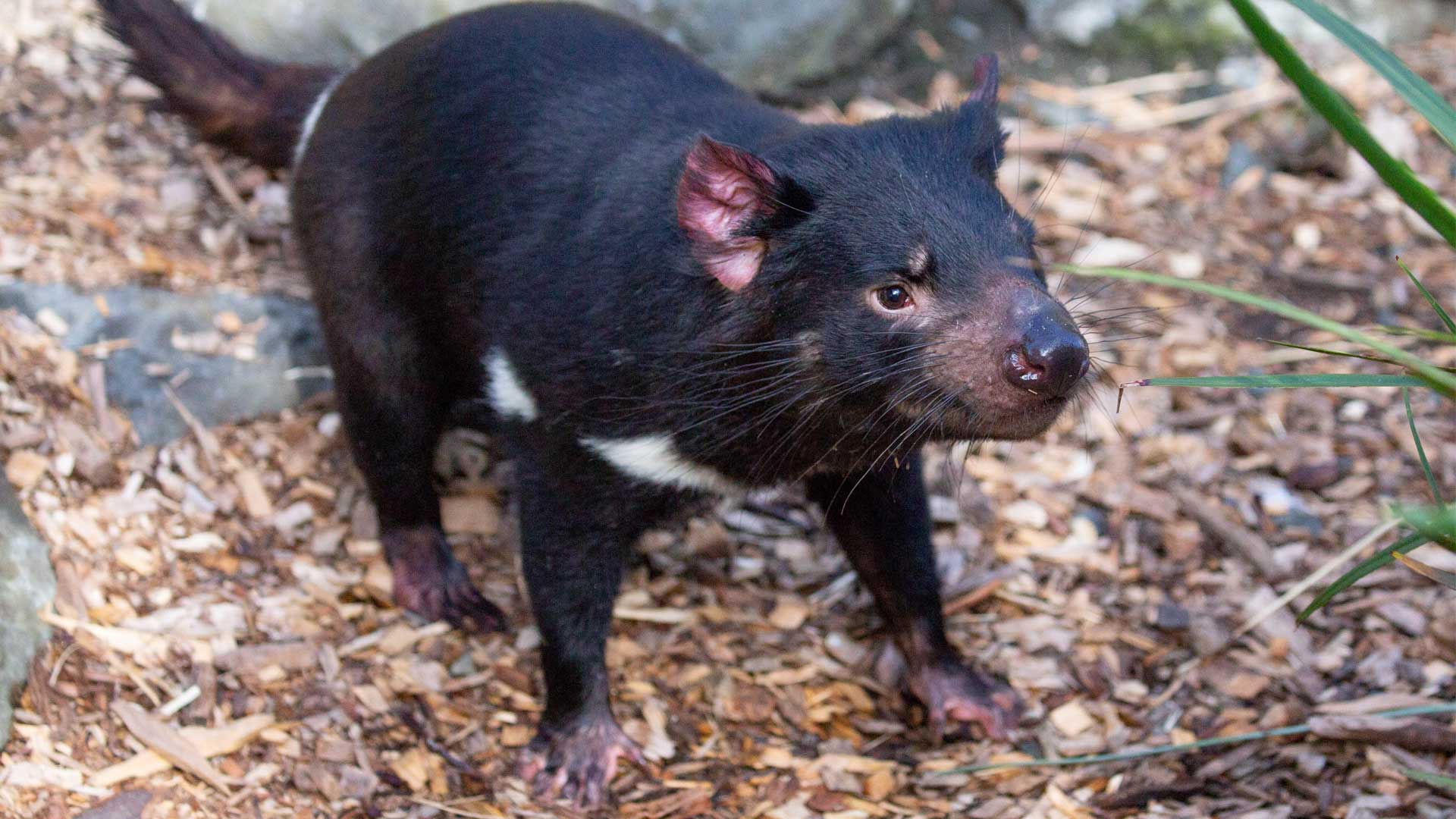 Levi and Smiley are now in quarantine at the Zoo’s Tasmanian devil exhibit in an enclosure adjoining the Zoo’s elderly male, six-year-old Herod. (Tasmanian devils live on average, just five years, and Herod is the last of four ambassador devils that arrived at the Zoo in 2014).

David Schaap, who will help the Zoo’s Carnivore team settle the two devils in over the next few weeks, says the Ambassador Program, established in 2013, is integral to the success of the STDP.

“Having devils at world-class zoos like Auckland Zoo enables us to raise awareness and interest in these unique animals. This in turn is helping us towards achieving our ultimate conservation goal to preserve both captive and wild devils,” says David.  “On a practical level, being able to move devils from Tasmania to other zoos is extremely important as it helps free up valuable space so we can keep breeding devils to ensure a big enough captive population that is healthy and self-sustaining.”

Having devils at world-class zoos like Auckland Zoo enables us to raise awareness and interest in these unique animals. This in turn is helping us towards achieving our ultimate conservation goal to preserve both captive and wild devils.

David Schaap, Team Leader of the Save the Tasmanian Devil Program

Auckland Zoo Carnivore keeper Nick Parashchak, who has fallen in love with “these sweet, smart, and greatly misunderstood creatures” says he and the team are very excited to be welcoming Levi and Smiley and furthering the Zoo’s role in the Ambassador Program.

“Tasmanian devils have such personality and attitude, which is all about respect and not to be mistaken for aggressiveness, and as consumers of dead animals, they are absolutely vital contributors to the ecosystems where they live. Once they have settled in, we’re looking forward to introducing Levi and Smiley to visitors and sharing our passion for these stunning marsupials,” says Nick.

Cheetah Girls on the Move

A successful captive breeding programme has now seen the STDP breed and release more than 150 devils to safe places in the wild in Tasmania. This includes Maria Island (a sanctuary off Tasmania’s southeast coast) where healthy devils are breeding very successfully.

David Schaap says as well as breeding healthy devils in captivity, a big focus for the Program is managing Devil Facial Tumour Disease (DFTD) out of the wild. (DFTD is an incurable contagious cancer, characterised by mostly mouth, face and neck tumours).

“While we can’t cure this disease, a vaccine, developed and implemented by the University of Tasmania, is currently going through trials, and the trial is having some positive results.

If we can get more wild animals vaccinated with an effective vaccine, the disease might run out of hosts, and so die out,” says David.