At 1.8m height and 2.5 tonnes of weight, the white rhino is the largest of five rhino species and the third largest land animal.

Their sense of smell is accurate and the main tool to find food, a mate, or checking for danger. They use scent marking as a way of communication, as well as grunts, snorts, bellows and whistles.

Unlike elephant tusks, rhino horns are made of thousands of strands of very stiff hair.

In the early 1900's, Southern white rhino numbers in the wild fell to less than a hundred. With the aid of rhino conservation organisations globally, there are now between 19,666 and 21,085 surviving: the highest number of all rhino species.

Auckland Zoo supports the work of the Lowveld Rhino Trust Zimbabwe in their conservation efforts to aid this magnificent species. 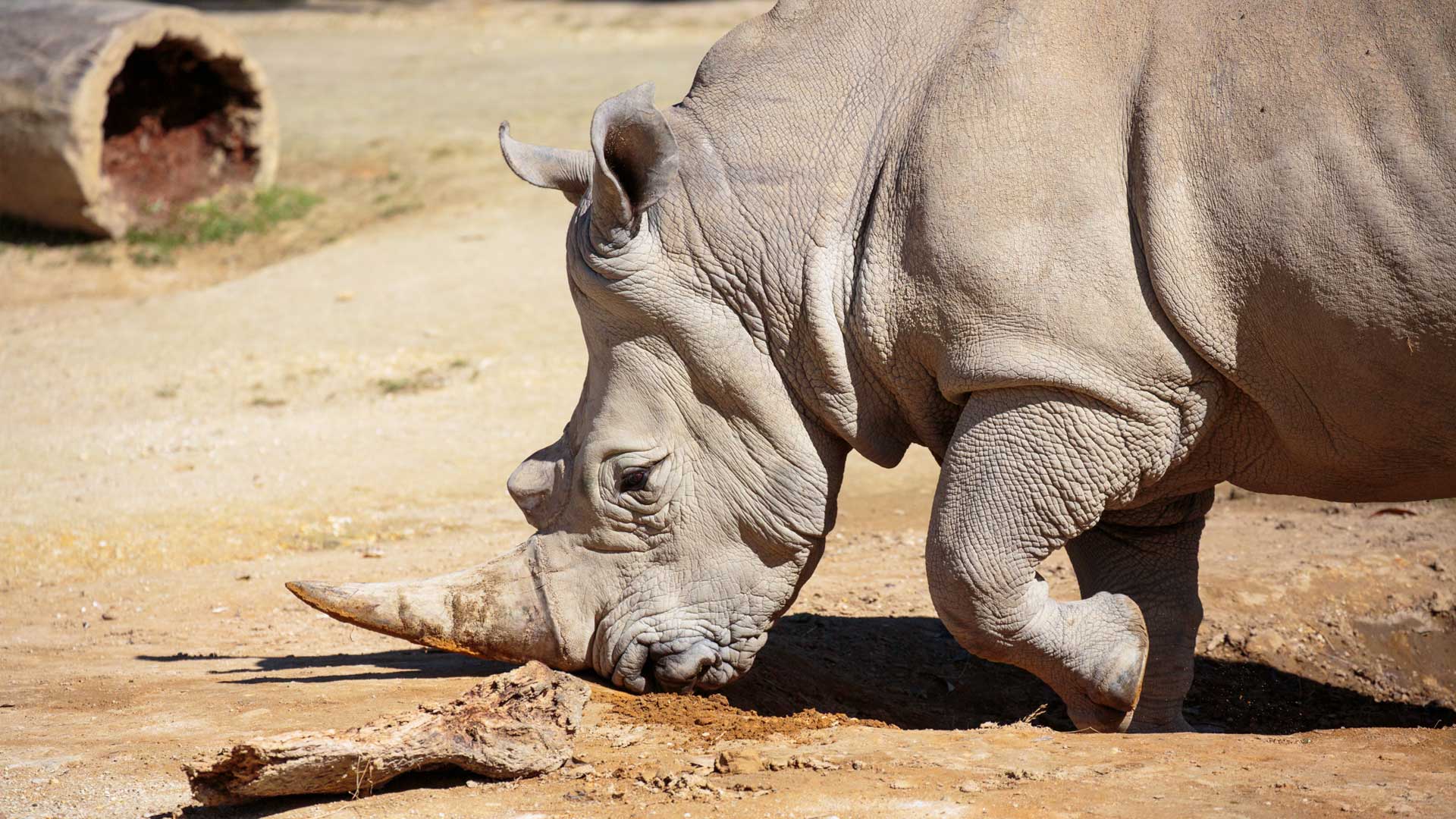 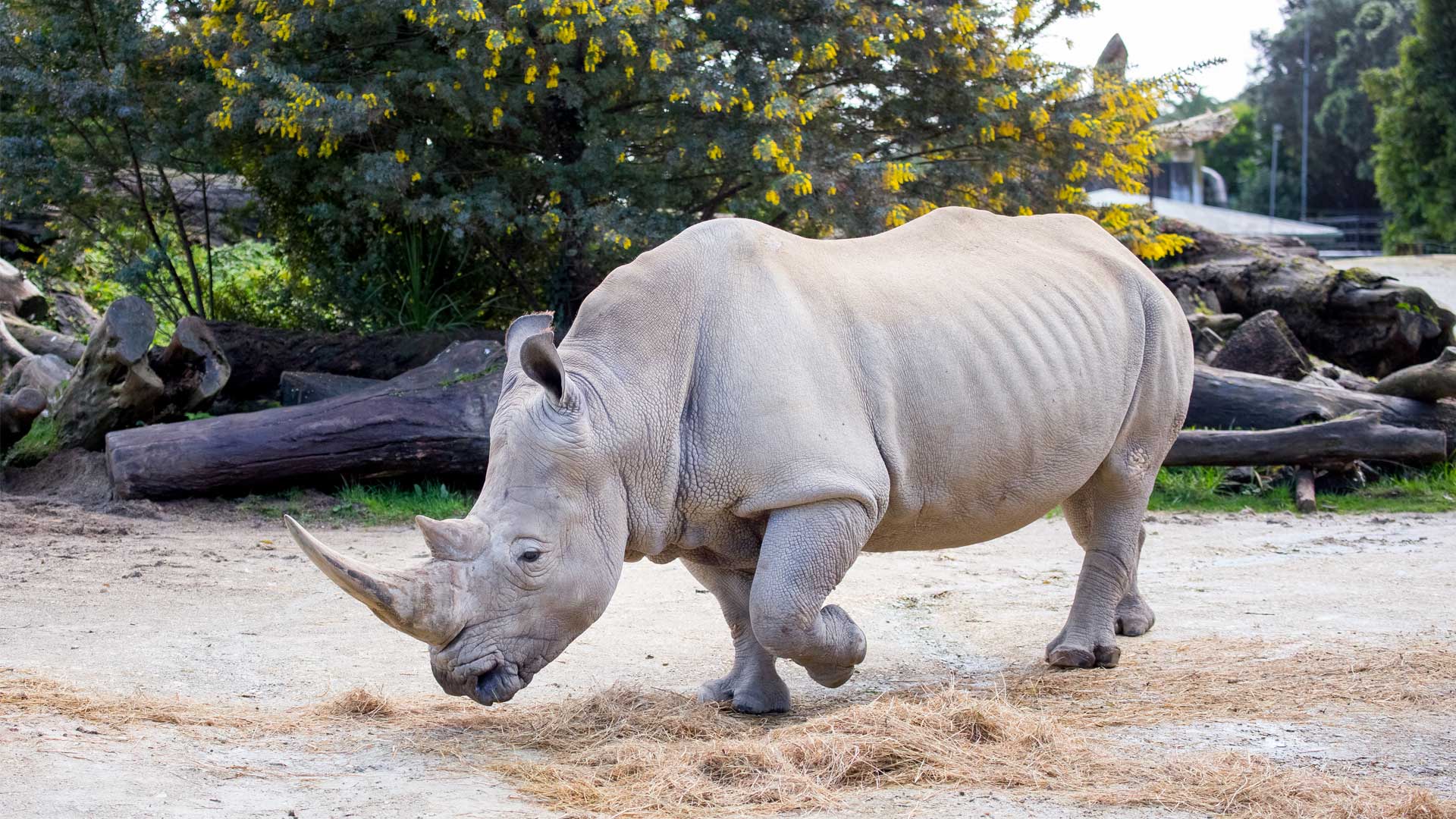 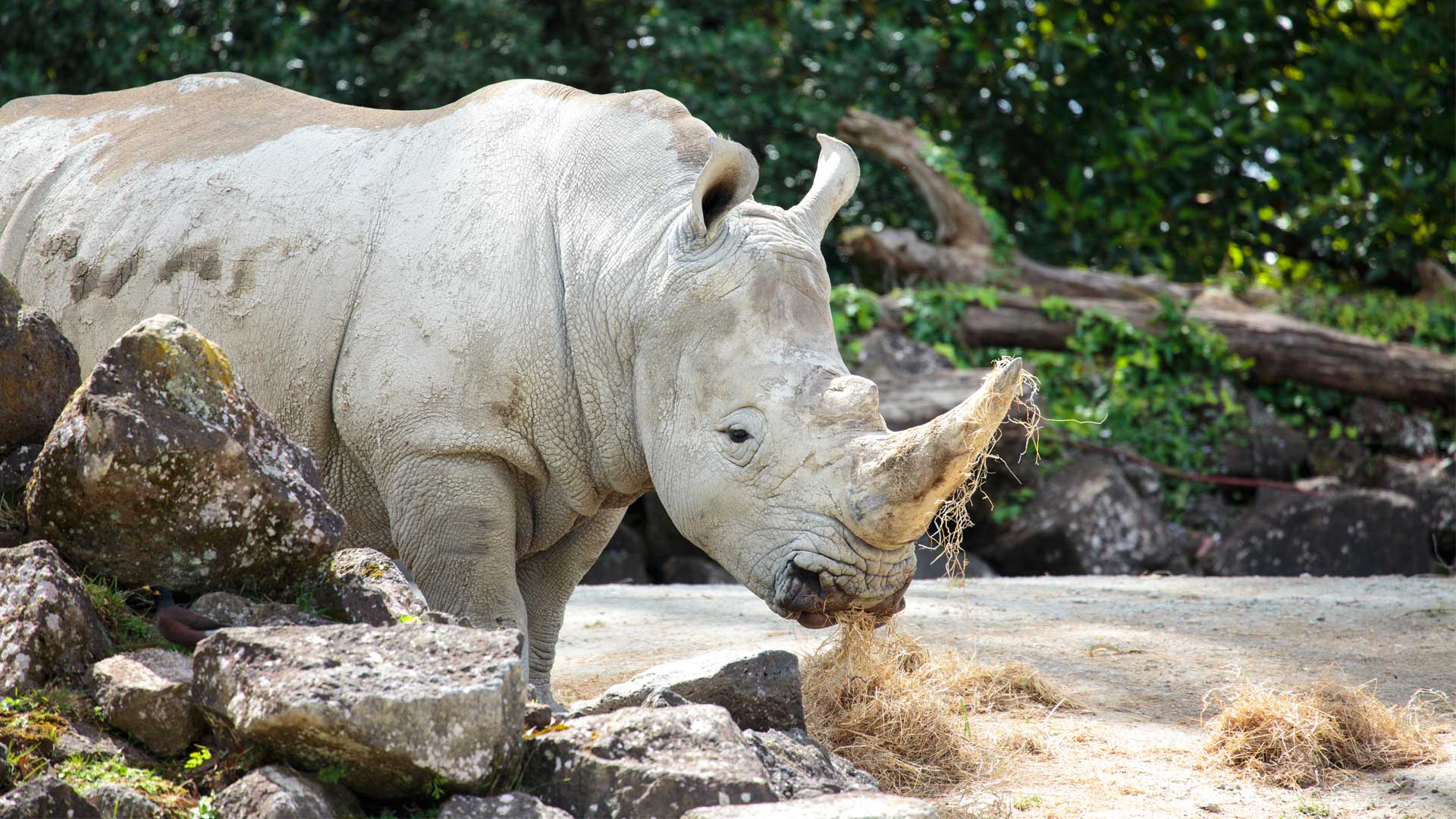 A rhino-sized introduction for Jamila and Inkosi!

Rhino Jamila is on the move to Auckland!