Today Auckland Zoo said a tough goodbye to its much-loved elderly lions Kura and her daughter Amira, who had to be euthanased this morning – a decision staff say was incredibly difficult, but the best call for their welfare.

Both Kura (19.5) and Amira (17), were great advocates for their vulnerable wild cousins and lived long and full lives, with the life expectancy of female lions in the wild being up to 15, if fortunate, and 17 in zoos.

Over the past few months our carnivore keepers and vets had been closely monitoring Kura’s health, as despite an increased diet she was having trouble maintaining her weight. While matriarch of the pride her entire life, she also tellingly began displaying behaviours that indicated she was feeling extremely vulnerable, including for the first time, acting submissively towards her daughter Amira.

Senior Vet Manager Dr James Chatterton says that it was becoming evident Kura’s quality of life was beginning to deteriorate. “Her decline was irreversible and would only worsen in the days ahead, making euthanasia the kindest, most humane and only option.”

Described as “the most ‘liony of lions’ who really owned her role as matriarch, Kura was firm but fair, protective, and always looked out for the best interests of the females in her pride."

In contrast, Amira was the “go with-the-flow playful one” but also very alert and astute to everything that was going on, and shared a very close bond with her mum Kura.

The decision to euthanase Amira

Throughout the extensive assessment and thought that went in to making this tough decision, both zoo keeping and veterinary staff were acutely aware of the adverse psychological impacts the loss of Kura would have on elderly Amira. Having lived with Kura her entire life, Amira was closely bonded and reliant on her for her confidence and security.

Carnivore team leader, Lauren Booth says, “Experience has shown us that even the rare times Amira has been apart from Kura for a few hours, she has found it extremely difficult. She would become highly stressed and anxious, so much so that in March we gave her anti-anxiety medication.

We asked all the questions and consulted, but there were no better alternatives for Amira. She couldn’t live alone as lions are pride (social/family) animals, and for their physical and psychological wellbeing need to be with other lions. With this knowledge, and previous experience of Amira’s stressed and anxious behaviour whenever Kura was away for health checks, we know that Amira would not have fared well without her mother. Neither would Amira be accepted or tolerated in a different pride, here or anywhere else. To do this would be completely irresponsible and dangerous, and would likely be fatal for her,” says Lauren.

“This is heart-breaking for us, we love both Amira and Kura and will miss them terribly, but we know that euthanasing Amira enabled her to die peacefully with Kura, and not endure any unnecessary suffering.” 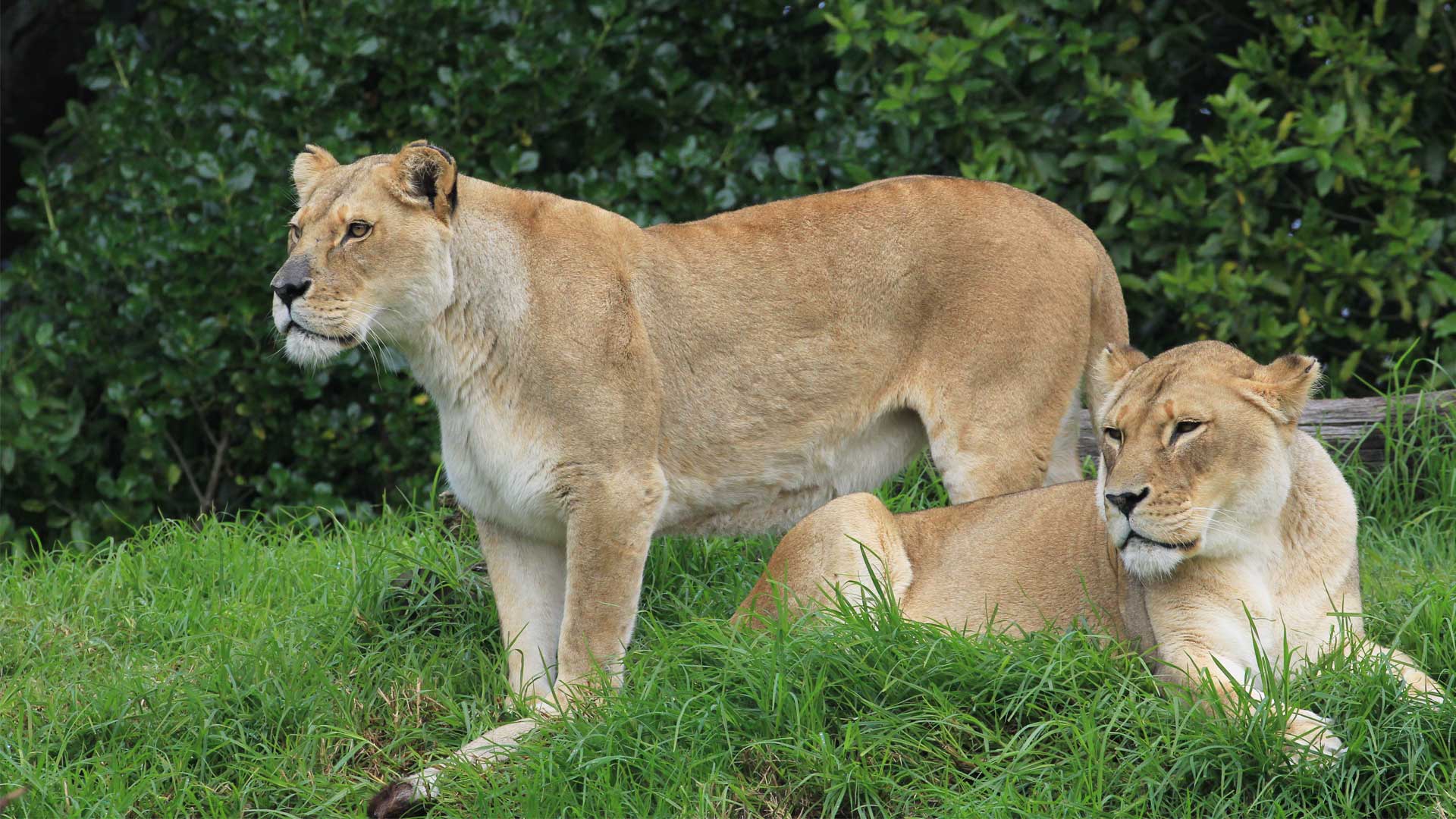 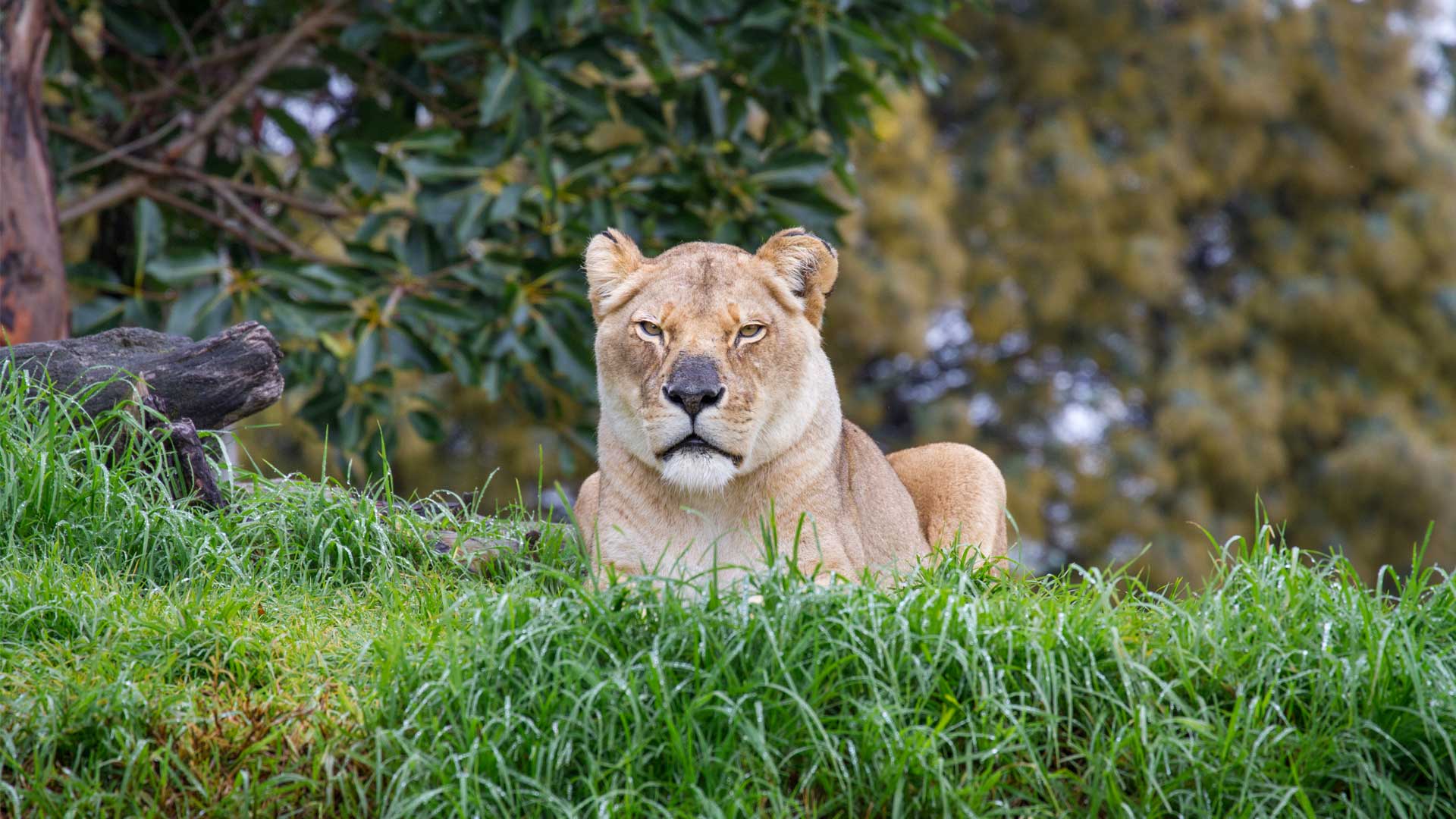 Keepers’ tribute to Kura and Amira

The Carnivore team describe Kura, who produced nine offspring for the international breeding programme for lions, as “the most ‘liony of lions’ who really owned her role as matriarch. She was firm but fair, protective, and always looked out for the best interests of the females in her pride and would keep the ‘boys’ in line when needed over the years.”

“Kura was a pretty tough lady, but she also had a softer playful side which we saw in her interactions with Sheeka and Amira over the years, through bursts of play and lots of social grooming,” adds Lauren. “Personally, I’ll miss the demeanor of strength and dignity she always exuded and be forever grateful for all that she taught me about lion dynamics and what it means to be a good leader.”

In contrast, the team say Amira (the mother of two offspring) was “the real princess, the mummy’s girl and the go-with-the-flow playful one, but also very alert and astute to everything that was going on. She was always very close to her mother, so wherever Kura went, Amira followed, though in her younger years, loved to take herself climbing up trees.”

With the loss of Kura and Amira, Auckland Zoo is currently without lions, but is committed to having and advocating for these ‘Vulnerable’ (IUCN Red List) and declining African big cats long-term.

A crew from TVNZ’s Sunday programme has been following Auckland Zoo’s keeping and veterinary staff as they went through this difficult process with Kura and Amira over the past few weeks. You can watch it here.