Known as a bit of an enigma, this nocturnal yet charismatic bird continues to captivate the attention of Aotearoa as they fight their way back from the brink, in a record-breaking breeding season.

The overflow of fluffy white chicks, hard to differentiate from a chirping ball of fluff, brought smiles to faces as this was the first time in years that a boomer breeding season was predicted. The success of this season directly contributes to their comeback as a species, so this contribution was more than heart-warming, it was vital, crucial, and with lasting consequences. If it wasn’t for human intervention, the kākāpō would already not exist as a species today.

There has never been a breeding season quite like 2019’s. Predictions were high, the rimu mast was the biggest it had been in nearly 40 years, and as a species who only breed during a mast, all expectations were blown out of the water. Auckland Zoo has had a long relationship with the Department of Conservation’s Kākāpō Recovery Team in providing the veterinary care for the programme, but our main involvement is during breeding season, when our keepers, nurses and vets head out to the kākāpō’s sanctuary islands.

Kākāpō are only found on predator-free sanctuary offshore islands, with their main breeding populations on Whenua Hou and Pukenui. Clinical Coordinator Mikaylie Wilson describes her first trip to these islands like ‘dropping into Jurassic Park’ as her eyes boggled at the sheer magnitude of the thick dense scrub, steep terrain and impressive views.  Like most of New Zealand’s flightless vulnerable species, for them to survive on the mainland we would need mammalian predators under control, and everyone to contribute to responsible pet ownership. 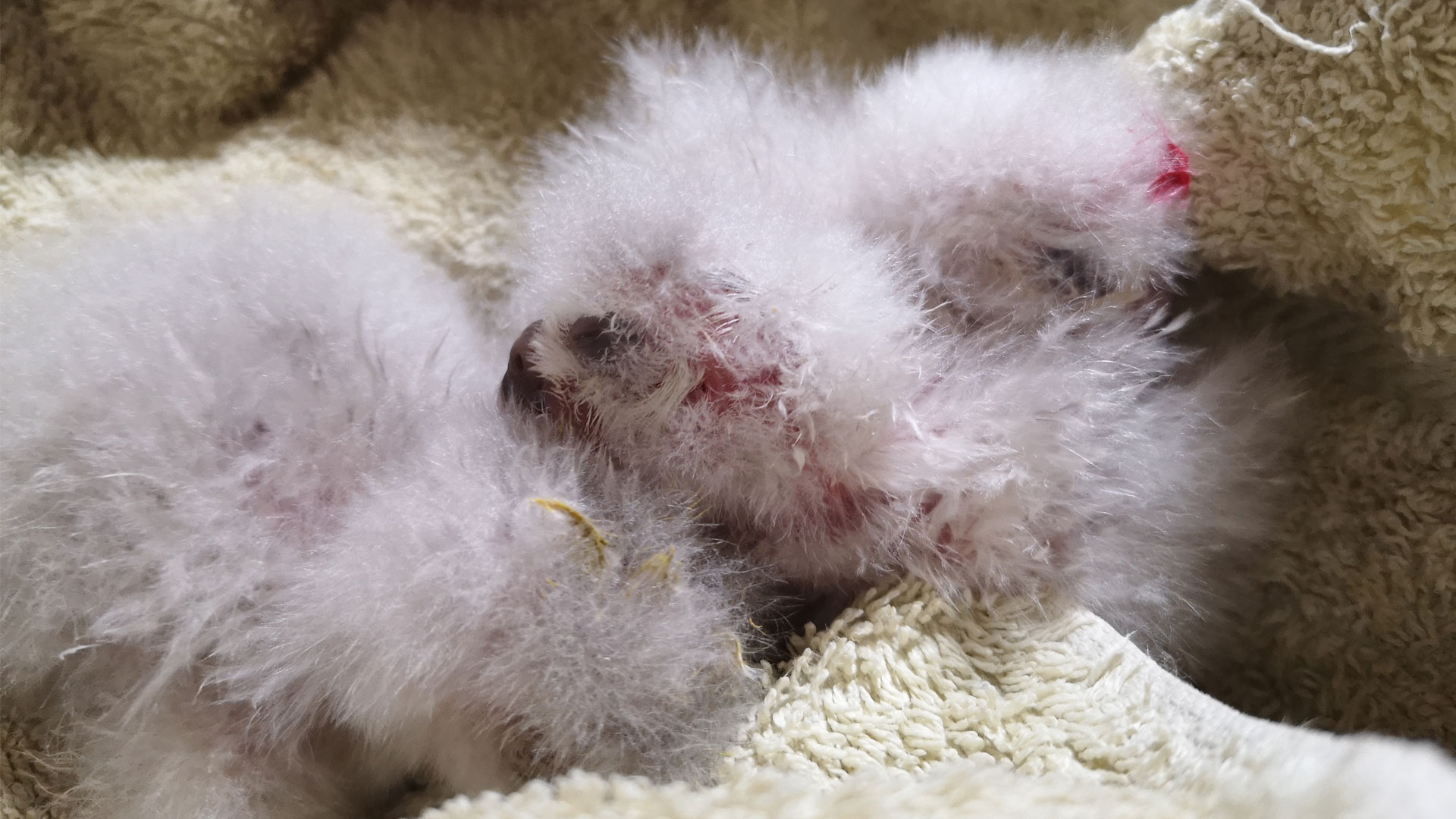 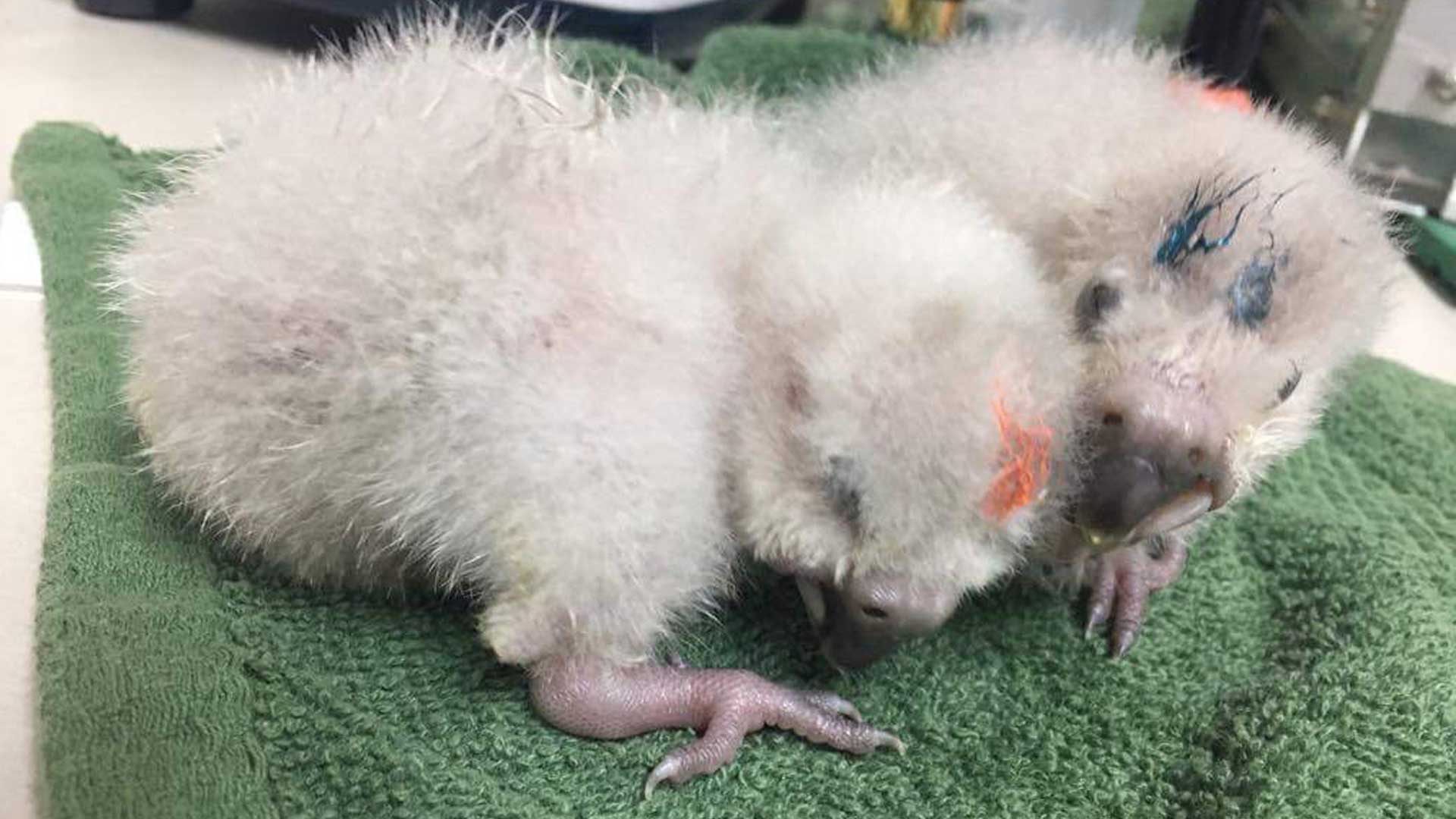 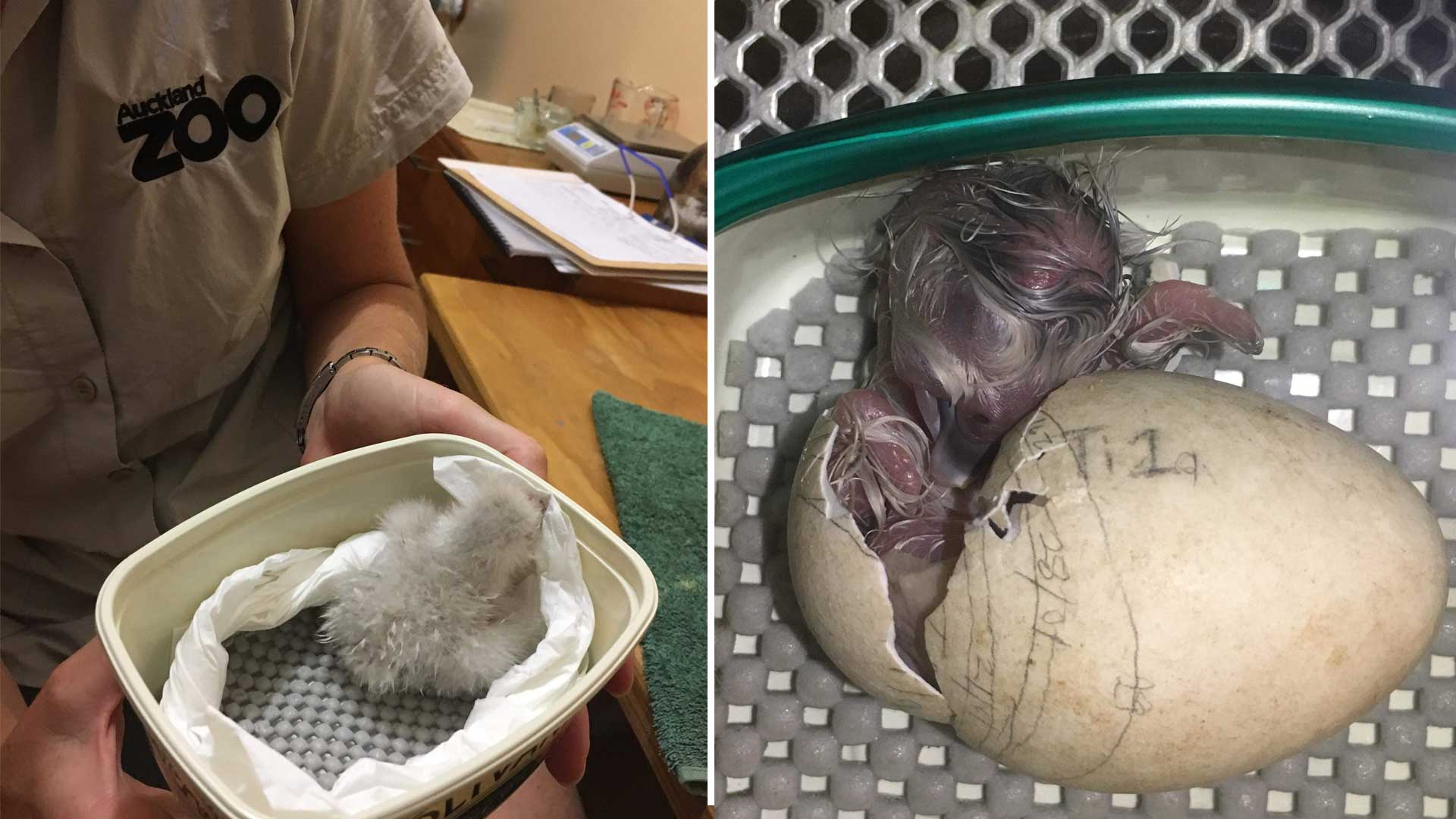 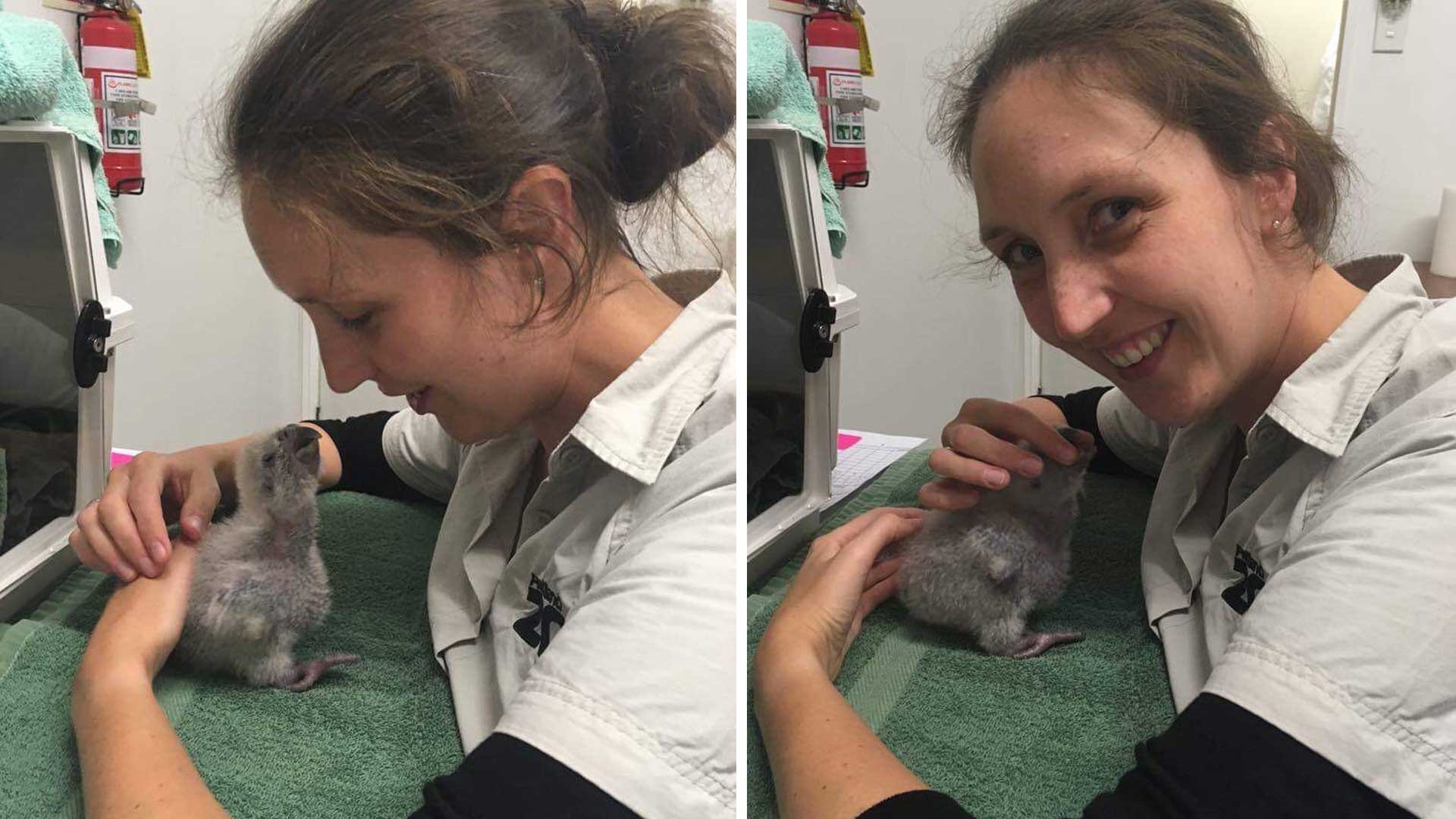 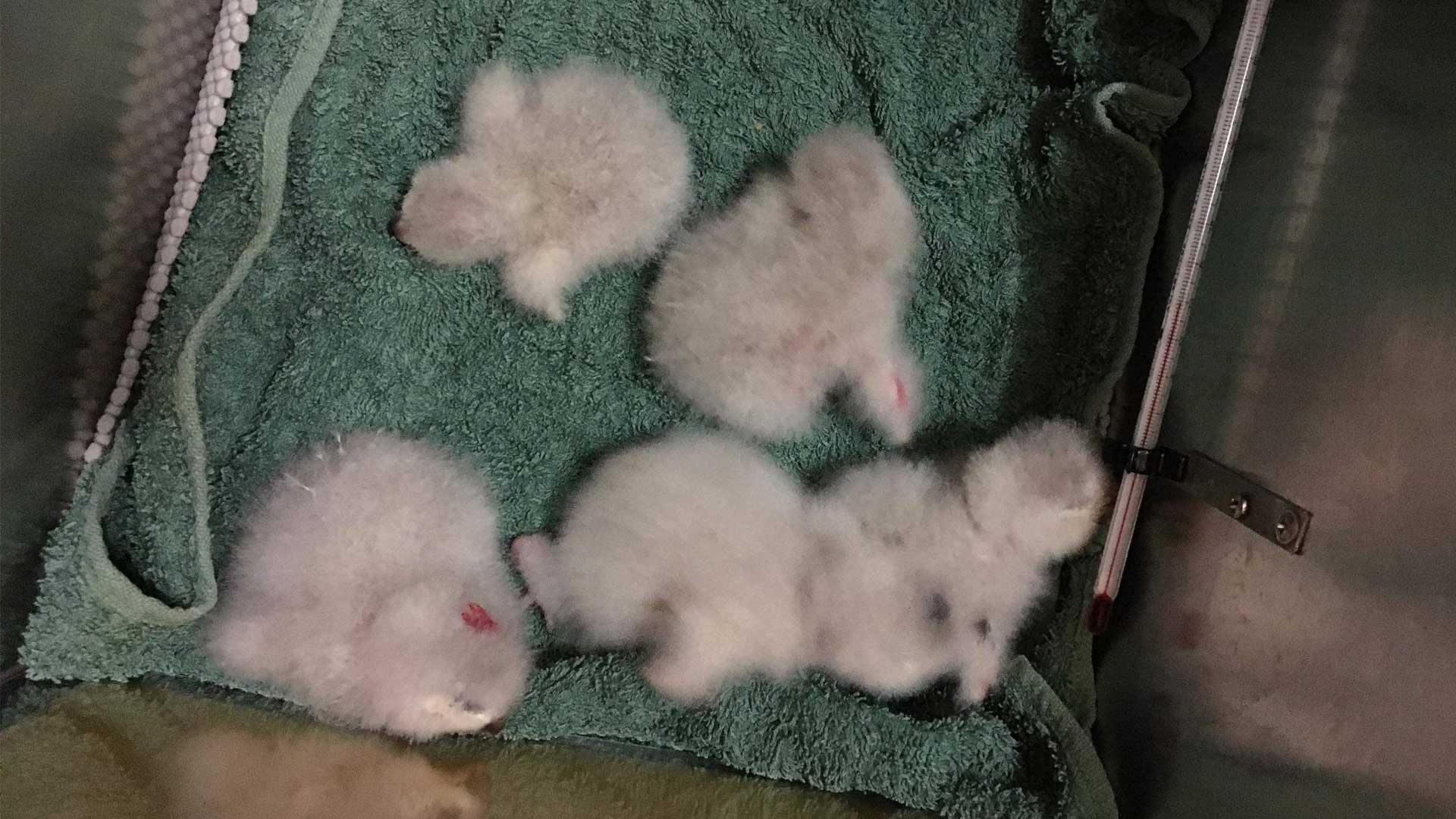 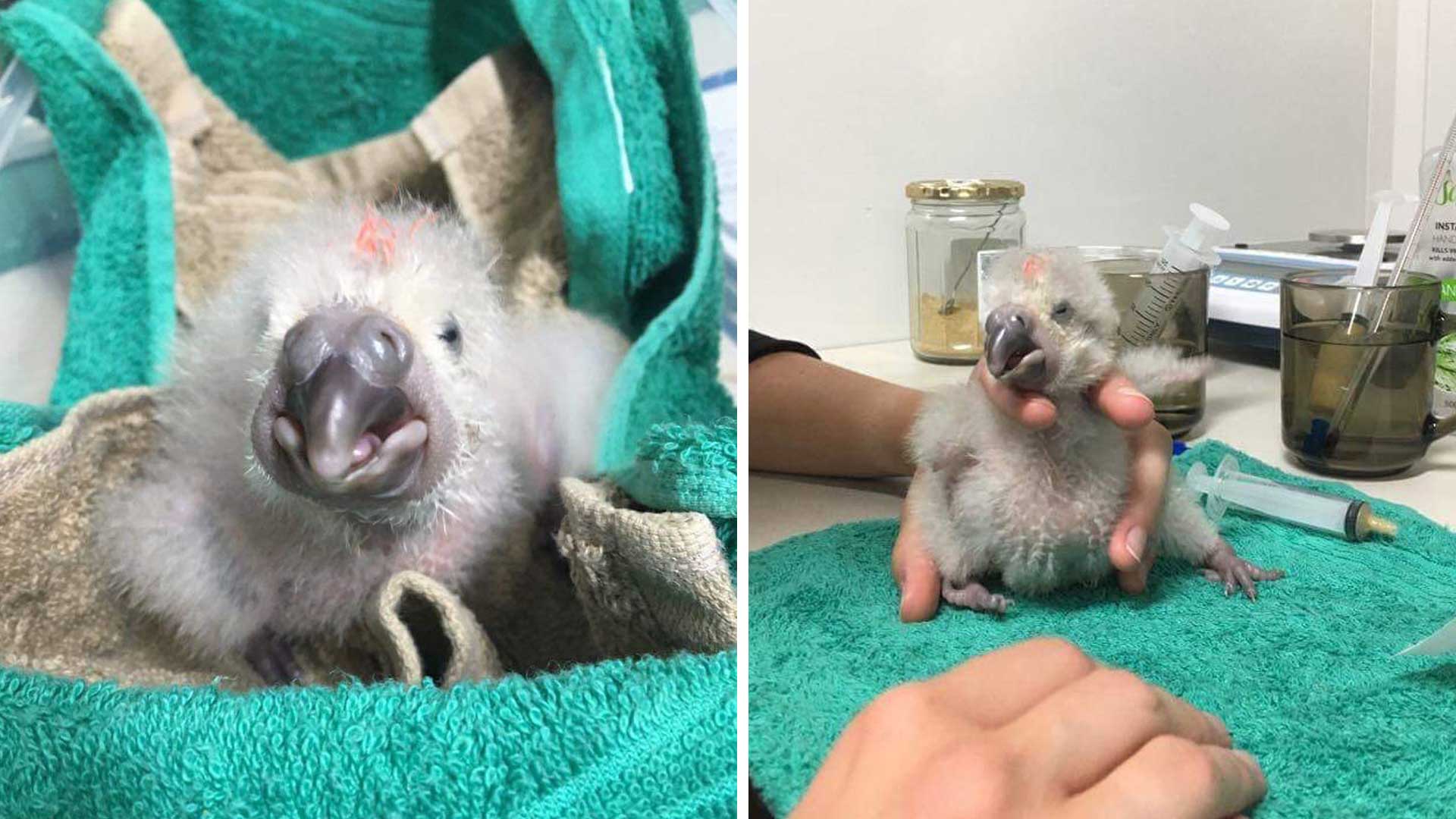 2019 was the first breeding season a ‘double clutch’ had been attempted with kākāpō. This means the mother would lay an egg, which would then be pulled by staff members and artificially incubated, which forces the mother to go and mate again and lay a second nest. It’s the best option to suddenly double the number of chicks in one breeding season, which for a population that was less than 200 couldn’t be any more crucial. As bird keeper Catherine Francescon says ‘and that’s exactly what happened’.

When one of those artificially incubated eggs hatches, the ultimate goal is to get it back out to mum at the nest, as parent-reared gives the chick the best chance in the wild. Sometimes there wasn’t an option to parent-rear because their either wasn’t a nest ready for the chick to go to, or veterinary staff may make the call to hand-rear a chick if there were any medical complications. In that case there was an entire hand-rearing centre set up first at Dunedin Wildlife Hospital, and then in Invercargill where chicks would be reared for the first 70-80 days of their lives, plus there was the option to hand-rear chicks on the island, sometimes only for a matter of days or weeks – each situation had to be looked at on a case-by case situation.

With every breeding season, a small number of deaths is expected, and normal. And as our head of Veterinary Services Dr. James Chatterton says, “it became really obvious in April that we were dealing with something abnormal”. Chicks were being sent off the island as more and more of them were found to be losing weight, unwell, and unusually found to have aspergillosis.

“That in itself is unsual, there’s only been one previous case in 30 years, and now we’ve had two happen within a week,” James said.

Aspergillosis is a fungal disease, and the spores are ubiquitous in the environment, we’re even breathing them in right now in low levels, but there are a lot of predisposing factors which might actually cause disease in an animal. It’s a devastating disease to deal with – aspergillosis is almost always fatal, hard to diagnose, and difficult to treat. And in the case of our kākāpō patients, trying to determine why they have contracted this disease in the first place was imperative, as early identification is the only chance these birds have at survival – and for such a threatened species every single bird is precious.

Follow our Kaitiaki for Kākāpō mini-series, and witness what it’s like to be involved in a record-breaking boomer breeding season – the highs, the lows, and everything in between – and delve into the aspergillosis crisis that followed, causing everyone to drop what they are doing and work all hours to save these incredibly sick chicks.

Building a future for Kākāpō