For only the second time in its history, Auckland Zoo has welcomed a flamingo chick into the world. The chick hatched on 3 January.

In 2014, the zoo made headlines for being the first in Australasia to breed Greater flamingo chicks, as well as the first zoo in the world to successfully breed from an entirely hand-reared flock.

Former exotic birds team leader, now head of capital works and infrastructure, Michael Batty raised and transported Auckland Zoo’s flock of greater flamingos to New Zealand in 2001, from the Wildfowl & Wetlands Trust (WWT) in Slimbridge, England. Along with Pridelands team leader Nat Sullivan, he assisted with the hatching of the new chick. 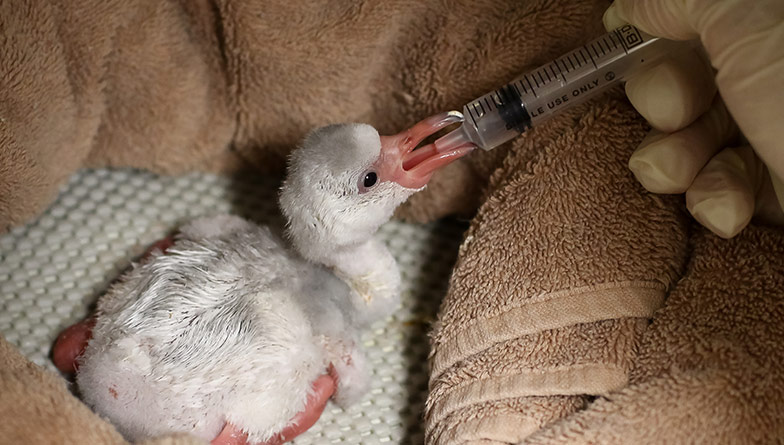 "The chick was taking longer than usual to hatch, so we decided to give it a helping hand by very carefully removing some of its egg shell," says Michael. This is a difficult and delicate task, but luckily the chick welcomed the assistance.

Pridelands Team Leader Nat Sullivan has been monitoring the chicks' progress since incubation. "It is doing really well. It’s steadily getting bigger and more vocal, and is even starting to stand on one leg," says Nat. "It's certainly been keeping us busy with regular feedings and check-ups, but of course none of us mind, it’s a really cool little chick and great to see it improving every day." 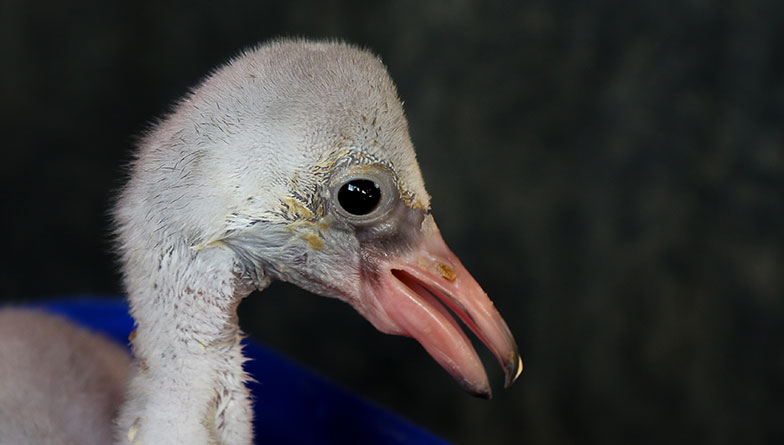 Young flamingos lack the pink feathering for which these birds are famed. This pink plumage develops over their first three years, due to the carotenoid pigment in their diet, which is high in alpha and beta-carotene (humans take in beta-carotene when they eat carrots). The sex of this new chick will not be determined for so​me time and it will be a few months before visitors can come and see it, but the zoo will be posting updates on its website, Facebook​, twitter and Instagram.