With an affinity for amphibians, Auckland Zoo ectotherm keeper Jenny Spencer counts herself privileged to be intimately involved in helping to save one of New Zealand’s three remaining frog species– the Archey’s frog. The smallest of our native frogs growing up to only 40mm long, with mottled colouring of black, green and brown, the Archey’s frog is described as a nocturnal master of camouflage. 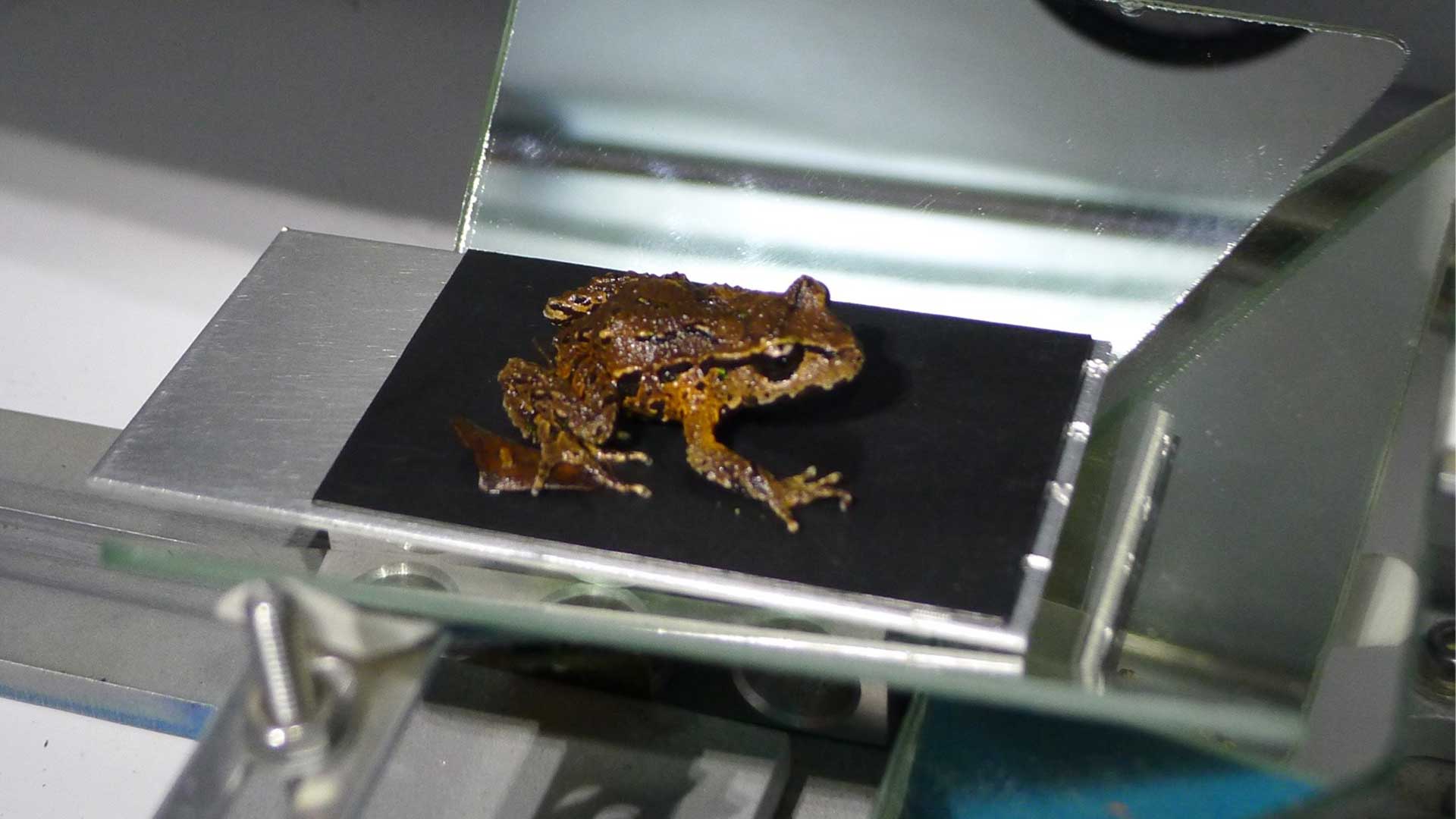 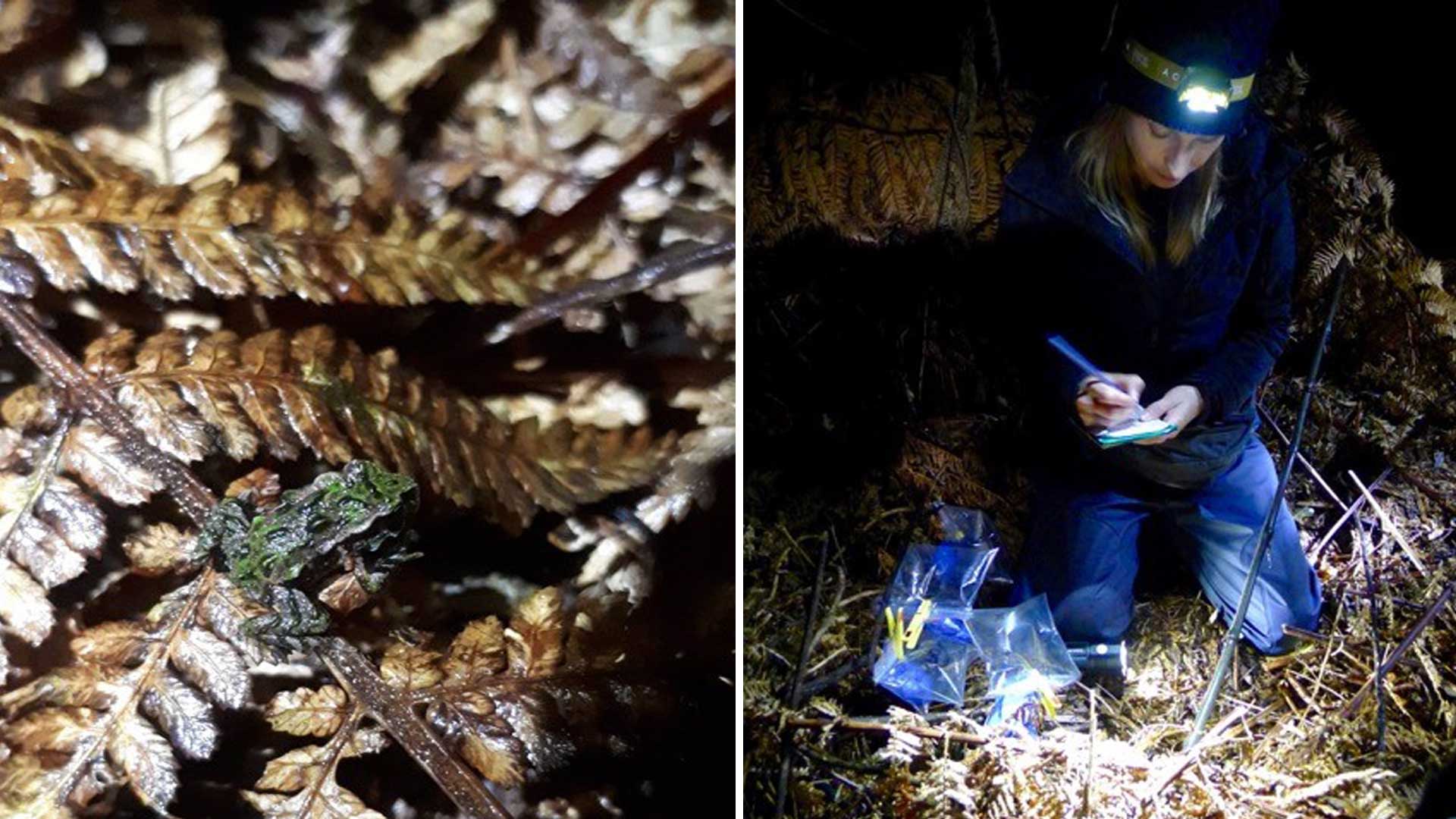 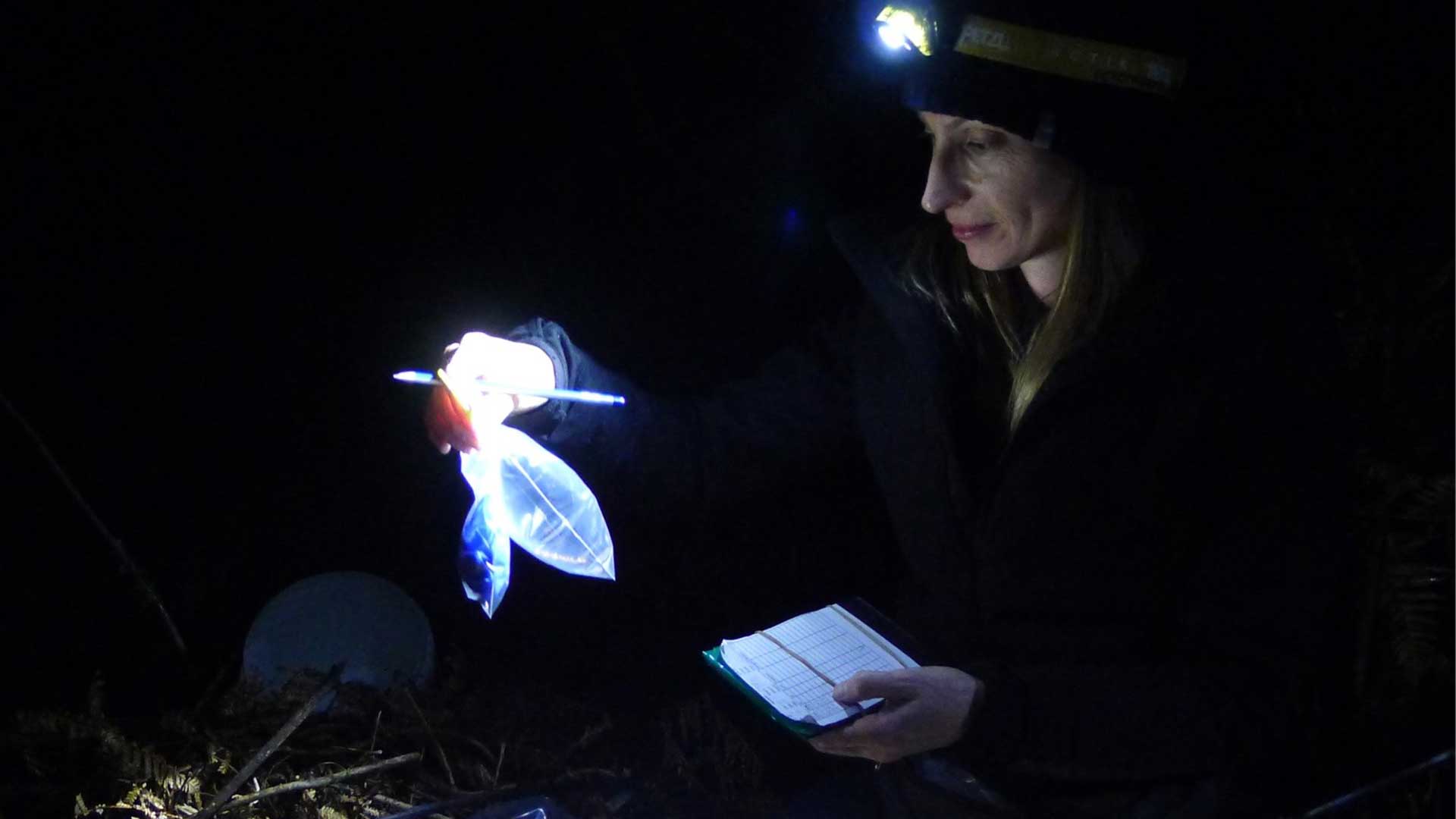 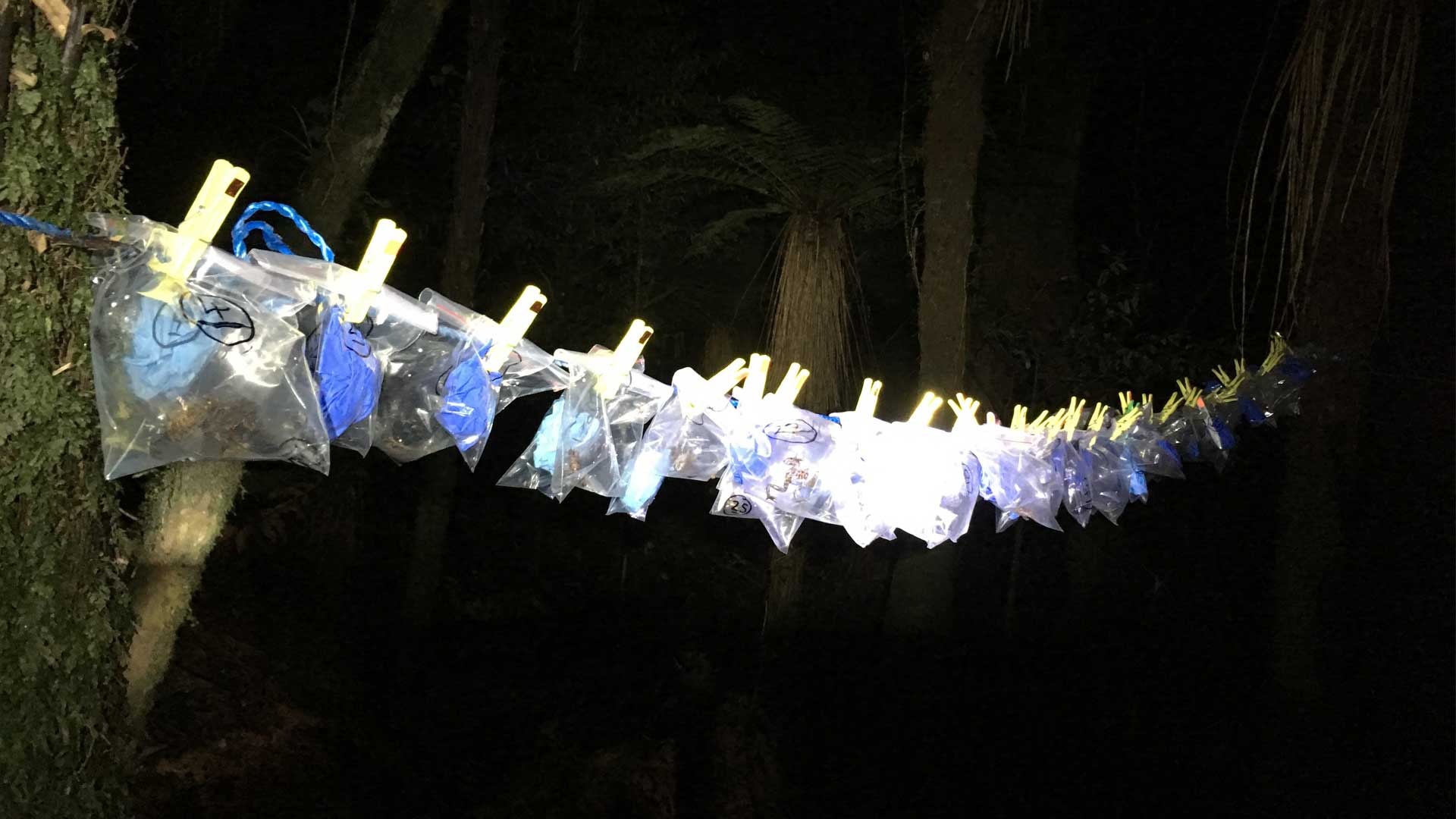 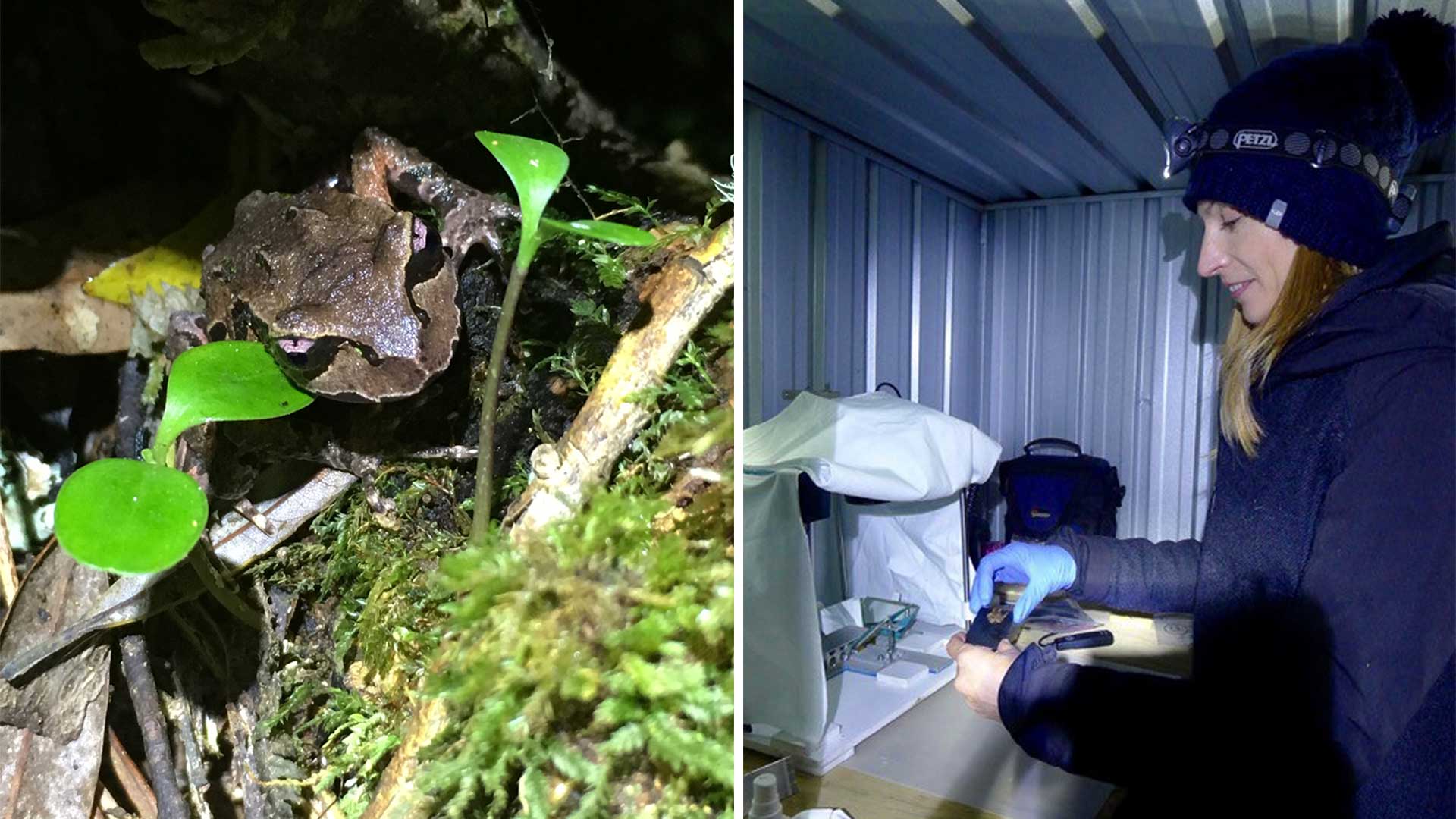 Before conservation efforts, Archey’s frogs were found only in a few patches of the Coromandel and in the Whareorino Forest, and has made the number one spot on the Evolutionarily Distinct and Globally Endangered (EDGE) list. Critically endangered, the Archey’s frog is described as a living fossil, being indistinguishable from the species fossilised remains from 150 million years ago. It has no external ears, little voice, can’t leap, and skips the aquatic tadpole stage of a traditional frog lifecycle – an exceptionally unique creature.

“There is nothing quite like an Archey’s frog, I feel very lucky to be able to work with a representative of an ancient group of amphibians and contribute to the conservation of such an extraordinary species,” said Jenny.

Previously, Jenny has spent time in the Caribbean working with the critically endangered mountain chicken frog nearly wiped out by chytrid fungus. This fungus has also been found in Archey’s frogs, but fortunately they don’t seem to be too badly affected. However, with so few populations of Archey’s frogs left it was considered important to have another location for these precious frogs to inhabit in case of a catastrophic event taking out one of the populations. The Department of Conservation (DOC) translocated a small group to Pureora Forest in 2005, and in 2016, Auckland Zoo ‘topped-up’ this fragile new population with extra frogs to add additional genes and maximise the chance of the frogs establishing successfully.

There is nothing quite like an Archey’s frog, I feel very lucky to be able to work with a representative of an ancient group of amphibians and contribute to the conservation of such an extraordinary species

For four nights every year, Auckland Zoo and DOC survey the new population at Pureora Forest to ensure the population has stabilised and is thriving. Excitingly, this year’s results were record-breaking. One might ask – how do you survey New Zealand’s smallest frog, perfectly camouflaged in its mottled forest colours, in the dark, and when it doesn’t make a noise, not even a croak?

“You’ve got your torch, and you’re searching at a painstakingly slow speed. You’re careful where you put your feet, where you kneel and what you might be disturbing. Every team member works within a grid, with their own two-metre-wide lane, and the search continues until the whole grid is complete,” says Jenny.

Sleeping all day at an old fire station, packing up your frogging gear comprised of markers, gloves, torches, batteries, and everything else a keen frogger may need, and getting in at 6am every morning – it may sound like a school camp for adults, but it is far from easy work.

“It’s tiring becoming a nocturnal being for a short period of time, but then you remember why you are there and what you are doing, and you get a second wind with the excitement of it,” says Jenny.

The group searches the same grid every year, the frogs don’t seem to travel far. When a frog is found it is carefully collected, its grid coordinates are recorded and a marker is left in the ground so it can be returned to its exact location, it then has to be sorted and processed. A 360-degree picture is taken of each frog in a mirrored box – as every frog’s pattern is unique this is the easiest way to distinguish one from another.

A record-breaking total of 138 frogs were caught, photographed, weighed and measured over 4 nights. At 35 more than the 2017 total, the team’s efforts are instilling hope among conservationists. Around a third of all captured frogs were juveniles, meaning that the translocated populations are stabilising and successfully breeding, and no injuries or abnormalities were observed – all really encouraging news for the Archey’s frog!

Since 2012 Auckland Zoo has been breeding Archey’s frogs, and currently coordinating this programme is Jenny. Learning how to reliably breed these frogs is of great value should something catastrophic happen in the wild and we need to utilise captive breeding and reintroduction as a recovery tool.

There are many facets to caring for Archey’s frogs. Their zoo husbandry mimics what they would be experiencing in the wild. There is a self-contained, climate-controlled frog room where the temperatures and day lengths are changed for summer and winter seasons, and their enclosures are fitted with watering systems to mimic rain. Discovering the best breeding conditions is trial and error. Jenny is currently experimenting with different group sizes, climates, indoors and outdoors – all so she can get it right when it counts the most.

“Being able to compare data of wild caught frogs and the ones we have here at the zoo is so valuable – weights, markings, colours, it’s all really important stuff. Working with such a secretive amphibian can be quite challenging at times, but that’s part of the appeal for me,” Jenny said.

“Archey’s frogs live for a really long time – perhaps 40 years. Despite this longevity they are still vulnerable to a number of threats, so there is plenty more work to be done to ensure their continued survival,” Jenny concludes.