Auckland Zoo is celebrating the birth of its first baby rhino in 20 years – a healthy female delivered by first-time mum Jamila in a speedy one-hour labour 12 days ago.

The much-anticipated birth of the southern white rhino calf on 14 August to mum Jamila and 30-year-old dad Zambezi follows a 16-month pregnancy - confirmed last April by faecal hormone testing of Jamila’s progesterone levels that were tracked closely throughout her pregnancy. 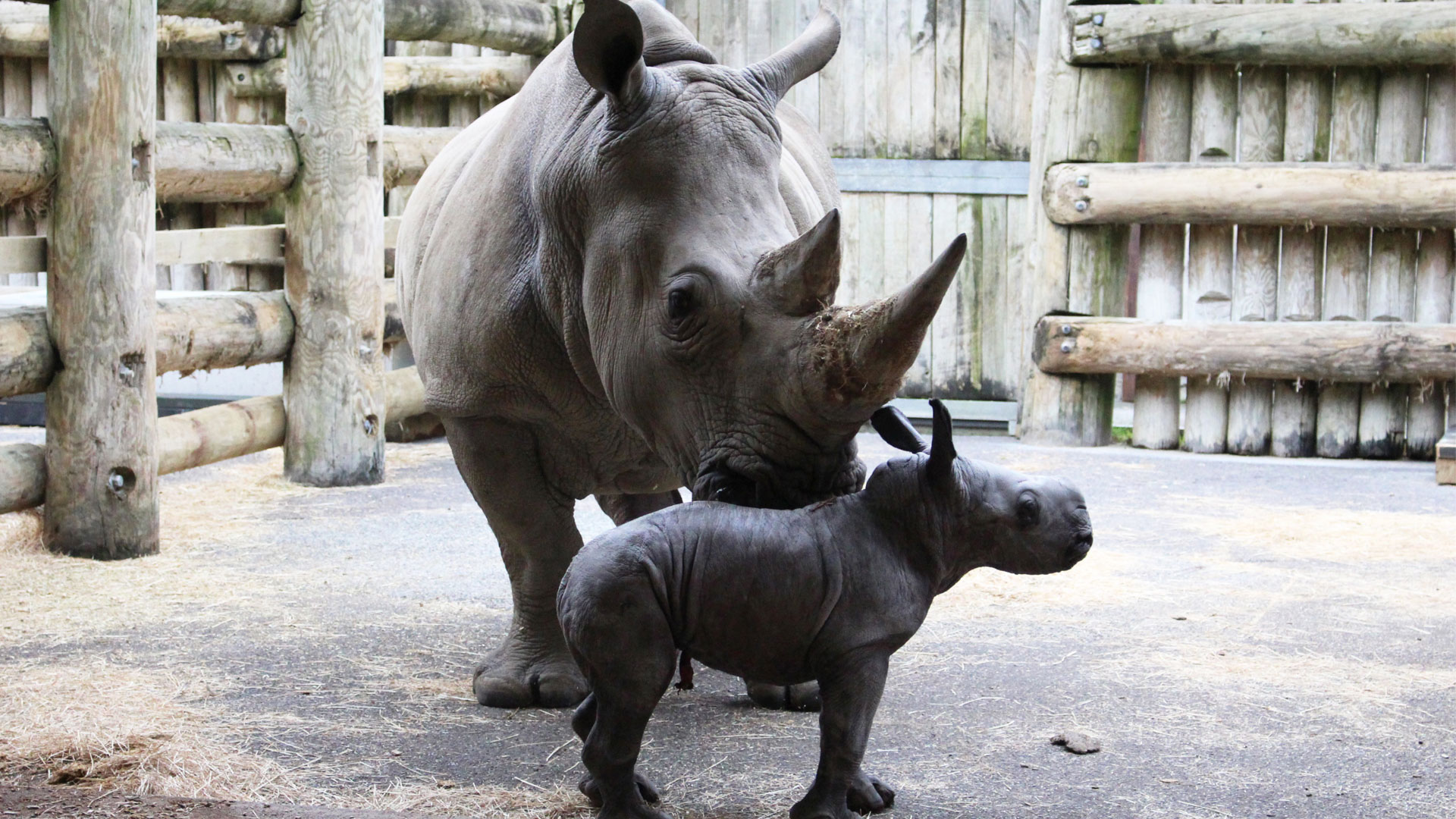 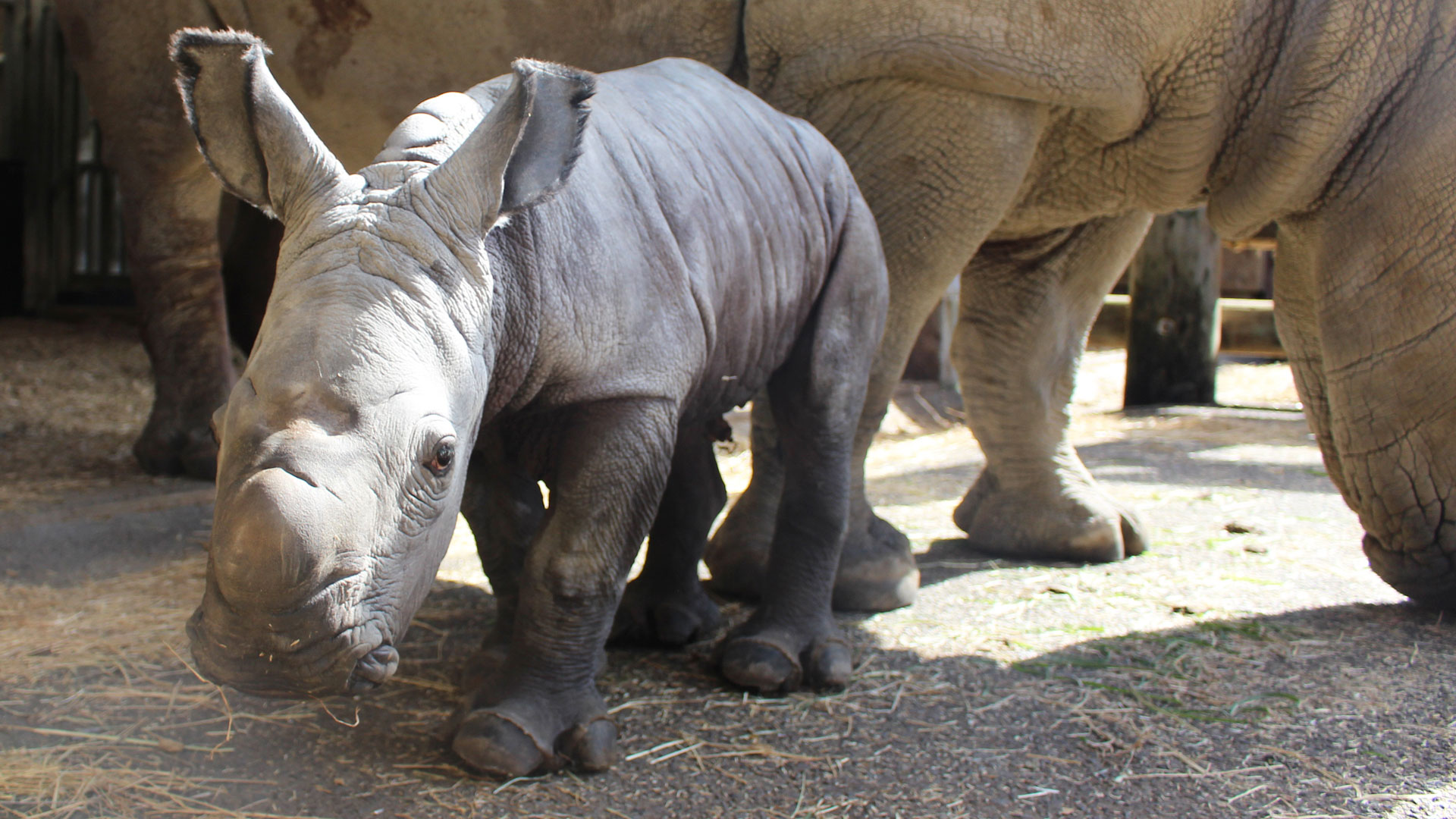 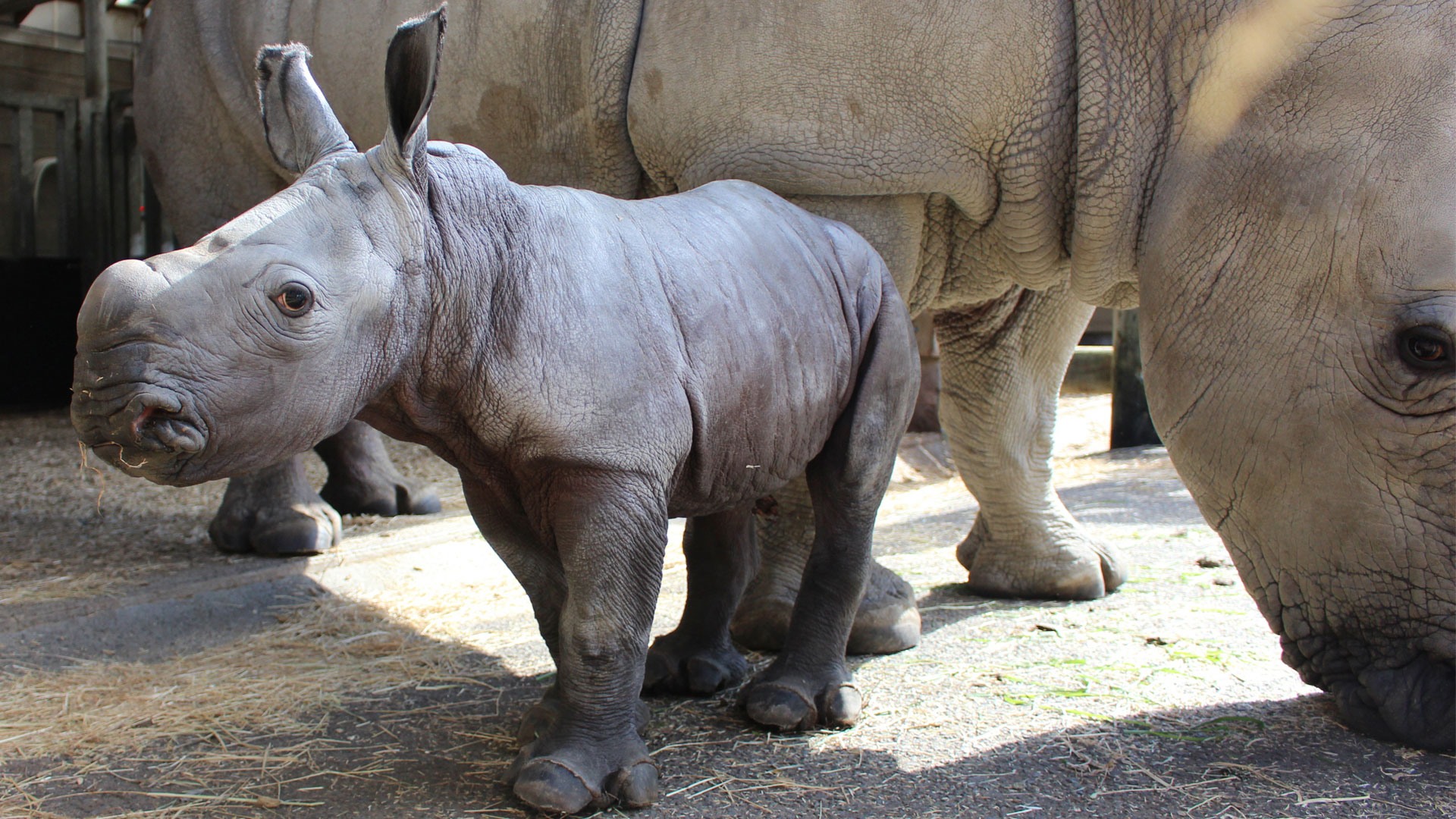 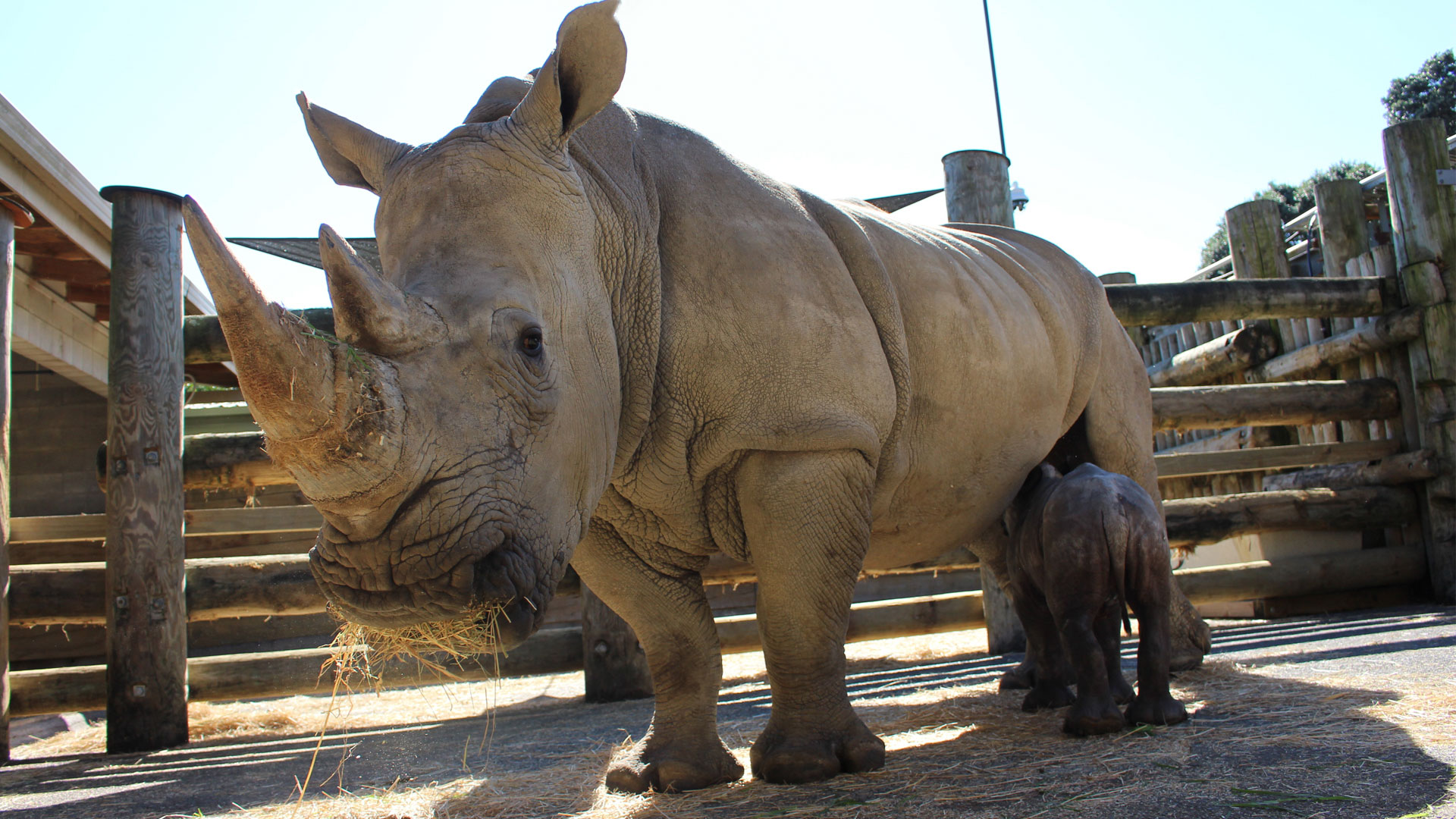 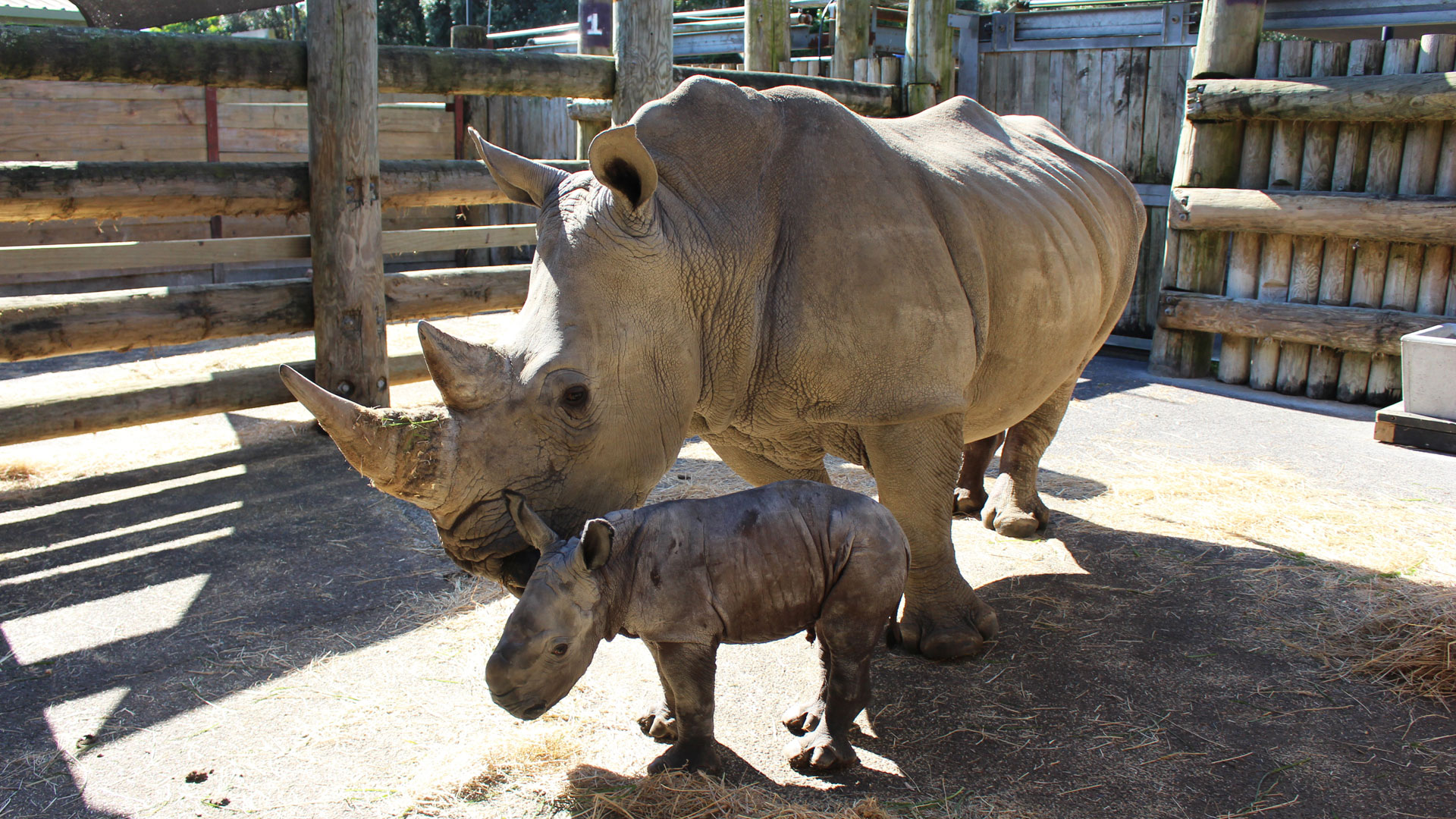 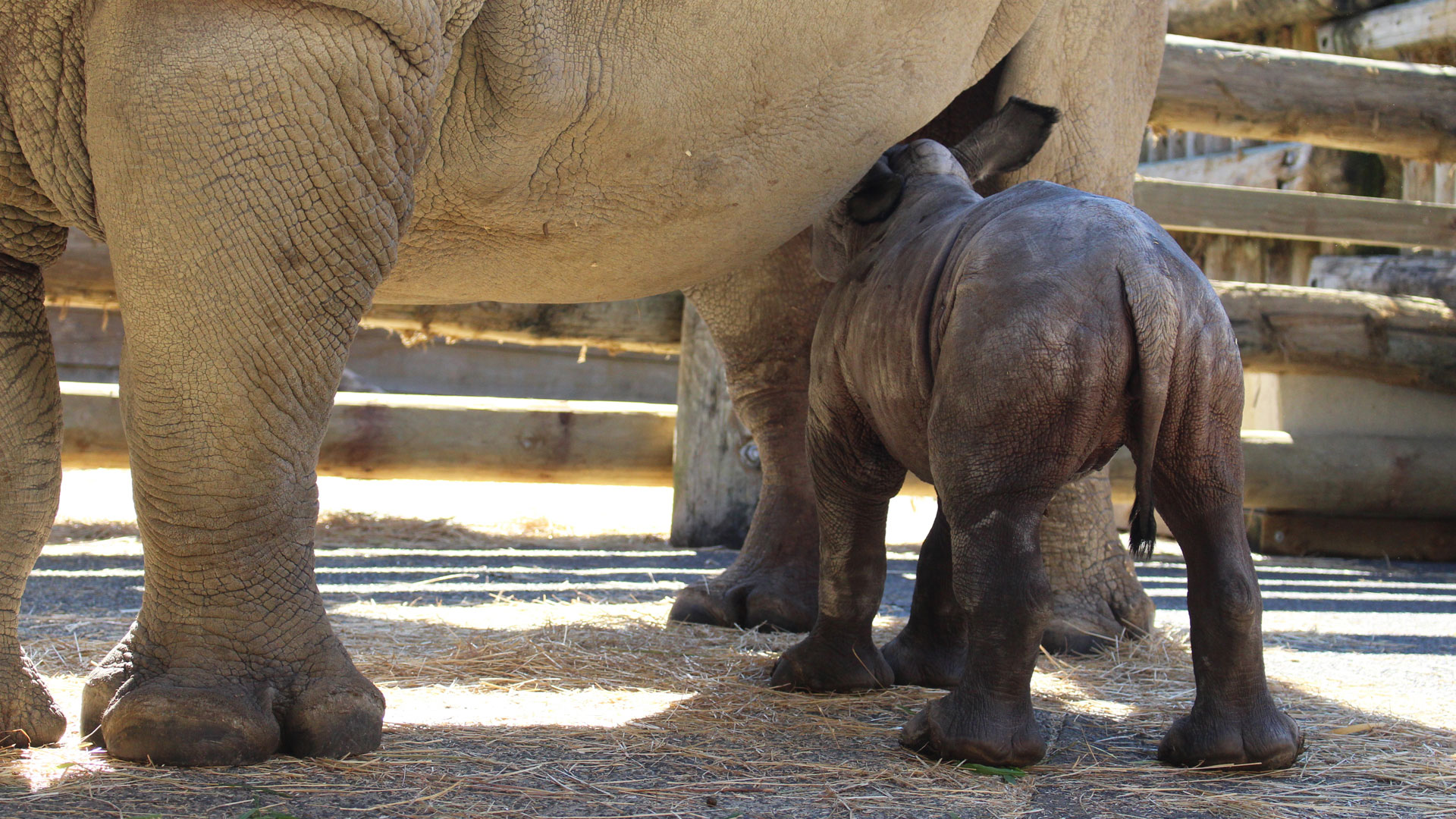 “It’s been a long wait, but absolutely worth every second,” says Auckland Zoo ungulates team leader Tommy Karlsson, who witnessed the “exciting and nerve-wracking” birth – from Jamila’s waters breaking at 7am to the delivery of her calf at 7.59am “

“With the help and support of Panasonic, we were able to install some awesome low light security camera equipment so we could monitor Jamila closely in both day and night viewing from live and recorded footage that in the last few weeks of her pregnancy has been a real lifeline. In the final days I’d set my alarm several times a night to check in on the camera footage, and on the 14th at around 3am I could see from Jamila’s behaviour then that her baby was pretty close, so could alert my team mates and our vet staff.

“It was very smooth and very fast, and Jamila did a brilliant job by giving a couple of really good pushes to get her baby here. Her calf was walking within 25 minutes and suckling well by the afternoon. She’s pretty sturdy, her belly is filling out and she’s already getting a lot rounder,” says Tommy, who estimates her birth weight at around 65kg.

The pairing of Jamila (relocated from Hamilton Zoo in late 2018) with Zambezi, happened in early 2019 - a recommendation of the ZAA (Zoo and Aquarium Association of Australasia) managed breeding programme for this threatened African species.

“Thanks to the Australasian zoos’ breeding programme, Jamila and Zambezi have been able to bring one more southern white rhino into the world, and it’s a rare and exciting privilege for RFA and our Zoo to celebrate her arrival. Auckland Zoo supports the recovery of rhino populations in Zimbabwe and in Sumatra, and this newborn’s arrival will help our team shine a bright light on the importance of conserving these wonderful animals in the wild.”

Mum Jamila was born at Hamilton Zoo where she observed other young rhino and their mothers, and Tommy and his team report she is proving to be an outstanding mum and appropriately, very protective of her new daughter.

“Jamila’s total focus on her calf’s needs is really impressive; and it’s such a joy to watch the calf. She’s growing by the day, and as she’s finding her feet, doing these little jumps, almost dancing, which is pretty adorable.”

At present Jamila and calf are very comfortable with a warm indoor area and access to an adjoining outdoor space. To cater to the new arrival, the African Savannah rhino paddock has seen significant works, including the addition of a large shelter.

“It’s still early days, and Jamila and her calf are not yet out on the Savannah. We take Jamila’s lead to do this at the pace she is comfortable with, and once she’s ready, we can’t wait for visitors to see Jamila’s calf for themselves,” explains Tommy.

“Rhino are such an incredible species that are still doing it tough in the wild, both in Africa and Asia. They are so important in helping maintain healthy ecosystems for themselves and many other species where they live, so we need to do all we can to help ensure their future.”

Since 2013, Auckland Zoo has supported the Zimbabwe-based Lowveld Rhino Trust’s (LRT) conservation efforts for both black and white rhino species. Over a 300,000ha area the Trust rescues adult rhinos and orphaned calves (victims of poaching), and gets them back to closely monitored wild in areas where they can go on to safely breed.

“Over the past 12 months, we’ve had 25 black rhino births, bringing the population back into positive growth after five years of decline under heavy poaching pressure,” says LRT Rhino Monitoring Coordinator, Nastasha Anderson. “Some of the hand-raised orphans of poaching are now back out in the wild having their own calves and contributing to the recovery of rhinos in Zimbabwe.”

Floppy, so named because her right ear hangs down (the result of a wire snare injury suffered before being rescued by LRT from an insecure area in 2005, aged four) had her first calf at age seven, and this year produced her seventh healthy calf. An exceptional mother, she is contributing to the black rhino population in this area that now stands at 190 animals. Trust monitoring coordinator Natasha Anderson is excited to report another 10 births are expected by the end of 2020. The white rhino population in the area 50.

Covid-19 impacts: The Lowveld Rhino Trust has been running its rhino monitoring programme for 30 years, and says it’s been a challenging 2020, with COVID-19 related restrictions making it difficult to carry out management and emergency operations. Restrictions delayed their emergency capture of a black rhino calf that was orphaned in July when her mother was killed by poachers. Natasha Anderson reports that thankfully, eventually “permission was granted and the calf could be rescued before lions got her.”

Latest Auckland Zoo support: In the past year, Auckland Zoo has been helping fund critical DNA processing for black rhino samples collected by LRT to help evaluate the impacts of things like dehorning, translocations, and regrettably, poaching. LRT has the largest database of demographic records of free-ranging black rhinos that has ever been collected, and this work allows them to compare genetic information alongside the demographics to further understand, and respond to, rhino conservation issues.

Rhino Jamila is on the move to Auckland!